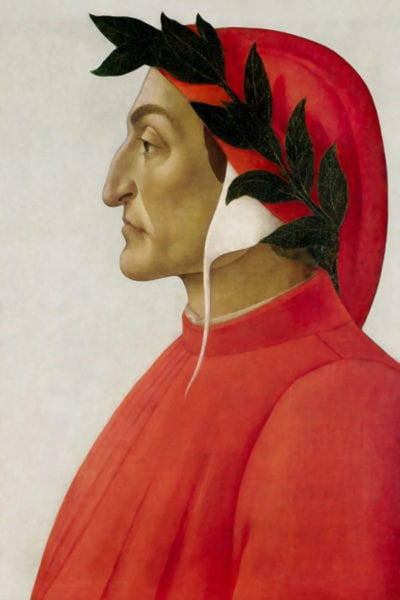 Dante Alighieri was born in 1265 in Florence. His family, of minor nobility, was not wealthy or especially distinguished; his mother died when he was a child, his father before he turned eighteen. At about the age of twenty he married Gemma Donati, with whom he had three children. Little is known of Dante’s formal education—it is likely to have included study with the Dominicans, the Augustinians, and the Franciscans in Florence, and at the university in Bologna. In 1295 he entered Florentine politics and in the summer of 1300 he became one of the six governing priors of Florence. In 1301, the political situation forced Dante and his party into exile. For the rest of his life he wandered through Italy, and perhaps studied in Paris, taking refuge in the generosity of various nobles. He continued to write, and late in life he took asylum in Ravenna where he completed the La divina commedia and died, much honored, in 1321.