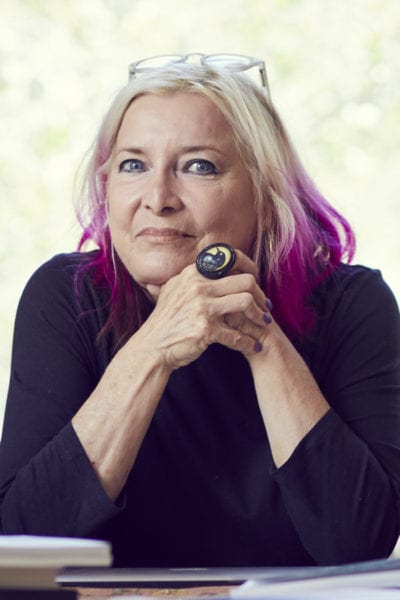 Gail Wronsky is the author, co-author, or translator of twelve books of poetry and prose, including the poetry collections Imperfect Pastorals (What Books Press, 2017), So Quick Bright Things (What Books Press, 2010), Poems for Infidels (Red Hen Press, 2004), and Dying for Beauty (Copper Canyon Press, 2000), a finalist for the Western Arts Federation poetry award. She is the translator of Argentinean poet Alicia Partnoy’s book Flowering Fires/Fuegos Florales (Settlement House Books, 2014), winner of the American Poetry Prize from Settlement House. Her poems have appeared in many journals, including Poetry, Boston Review, Denver Quarterly, Poetry International, and VOLT. She received an Artist Fellowship from the California Arts Council in 2000. Her work has appeared in anthologies including Poets Against the War, The Black Body, In Possession of Shakespeare, The Poet’s Child, and Coiled Serpent: Poets Arising from the Cultural Quakes and Shifts of Los Angeles. Her play Tomorrow You’ll Be One of Us, co-written with Chuck Rosenthal, was produced at the Craft and Folk Art Museum of Los Angeles. The Moose in the Moon, her book of poetry for children, was recently published by TSEHAI Publishers. She teaches at Loyola Marymount University in Los Angeles.