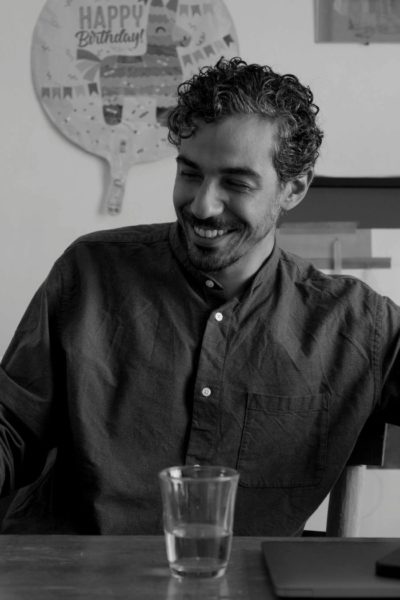 Javier Peñalosa M. was born in Mexico City, where he lives. He writes poetry, children’s books, and screenplays. He holds a BA in education and an MFA in creative writing from NYU. The author of the poetry volumes Aviario, Los trenes que partían de mí, Los que regresan, and H, he has received fellowships from the fundación para las letras mexicanas, Mexico’s Young Artists Program (FONCA), and the Immigrant Artist Program from the New York Fund for the Arts. He was awarded the 2009 National Poetry Award Enriqueta Ochoa for Los trenes que partían de mí, as well as the Xirau Icaza Poetry Prize in 2017 for Los que regresan. His poems have appeared in numerous magazines and anthologies, both national and international, as well as in films and plays. As a screenwriter, he has contributed to series such as the acclaimed Juana Inés, Green Frontier, Malinche, The Eternal Feminine, and the forthcoming Cerillo, among others. He belongs to the Writers Guild of America West. He is the author of children’s books such as El día que María perdió la voz, Historia de Ele chiquita, Un grandioso desorden, Un golpe de viento, La liberación de los parques and El recreo, among others, and is working collaboratively on various multidisciplinary projects.

No books by this author for sale.