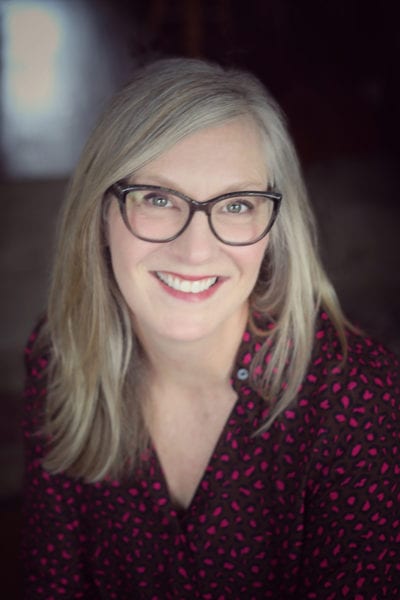 Jennifer L. Knox is the author of four books of poems: Days of Shame & Failure (Bloof Books, 2015), The Mystery of the Hidden Driveway (Bloof, 2010), Drunk by Noon (Bloof, 2007), and A Gringo Like Me (Soft Skull Press, 2005, Bloof, 2007). Known for their dark, imaginative humor, her poems have appeared in publications such as The New Yorker, The American Poetry Review, Granta, McSweeney’s, four times in the Best American Poetry series, and the 2022 Pushcart Prize: Best of the Small Presses anthology. Her nonfiction writing has appeared in The New York Times and The Washington Post. Jennifer grew up in Lancaster, California—home to Captain Beefheart, Frank Zappa, and the Space Shuttle. She studied film and glassblowing at Alfred University, then earned BA in English at the University of Iowa, where she attended the undergraduate Writer’s Workshop. She earned her MFA from New York University. Her honors include three Milwaukee Poetry Slam champion titles and an Iowa Arts Council Fellowship for her crowdsourced poetry project, Iowa Bird of Mouth. Jennifer lives in central Iowa, where teaches at Iowa State University and in a series of private poetry writing classes online.