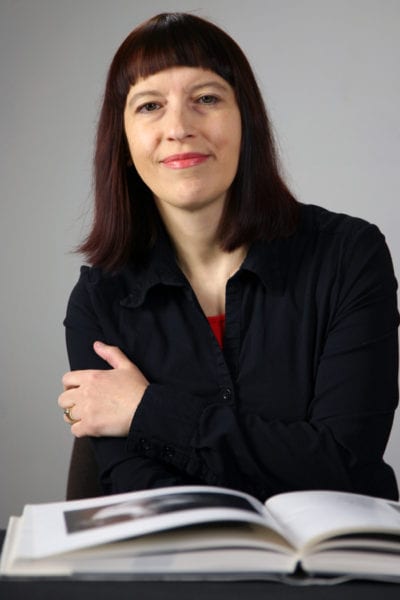 Poet, novelist, and translator Lidija Dimkovska was born in 1971 in Skopje, Macedonia and lives in Ljubljana, Slovenia. In her native language she has published six books of poetry, three novels, and one American diary, and has edited three anthologies. Her books have been translated in more than fifteen languages. She has participated in numerous international literary festivals and has been a writer-in-residence in London, Berlin, Vienna, Graz, Salzburg, Krems, Tirana, and Split. Since 2017 she has been president of the jury for Slovenia’s Vilenica International Literary Prize. The American Poetry Review featured her work in a special supplement in 2003. In 2005 she attended the International Writing Program in Iowa, and Ugly Duckling Press published her first collection of poetry in English, Do Not Awaken Them with Hammers, in 2006. in 2012 Copper Canyon Press published her second book of poetry pH Neutral History, which was shortlisted for the Best Translated Book Award, and in 2016 Two Lines Press published her novel A Spare Life, longlisted for the Best Translated Book Award. Dimkovska’s translator, Christina E. Kramer, has received a National Endowment for the Arts Translation Fellowship for her third novel, Grandma Non-Oui.