Home > Books > A Nail the Evening Hangs On by Monica Sok

A Nail the Evening Hangs On 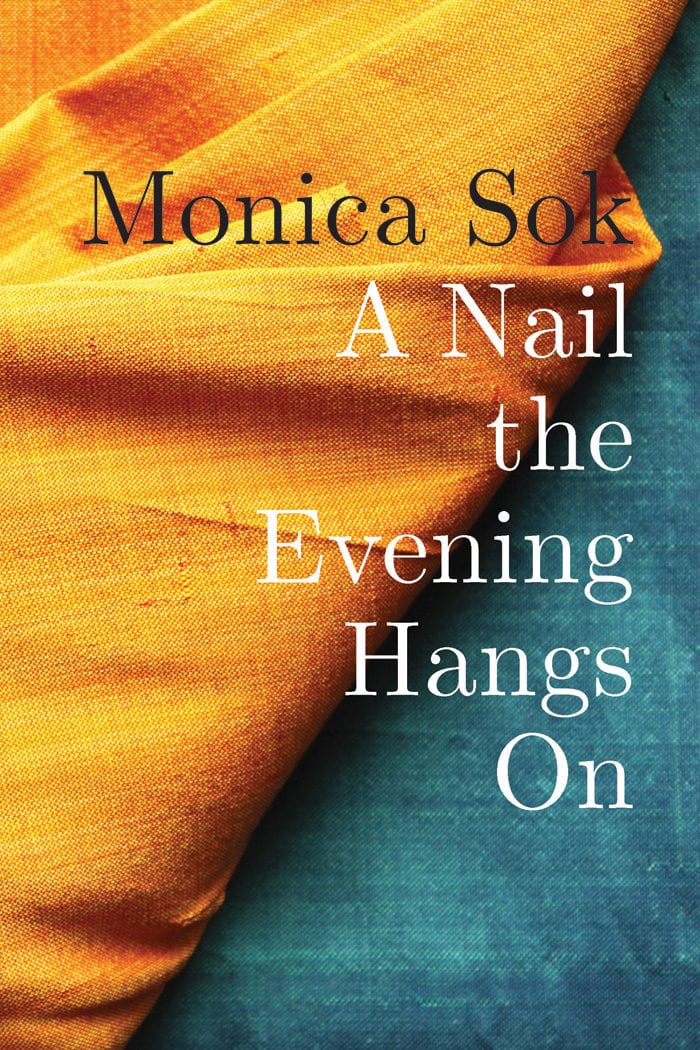 In this staggering poetry debut, Monica Sok illuminates the experiences of Cambodian diaspora and reflects on America’s role in escalating the genocide in Cambodia. A Nail the Evening Hangs On travels from Phnom Penh to Siem Reap, where Tuol Sleng and other war museums reshape the imagination of a child of refugees; to New York City and Lancaster, where the dailiness of intergenerational trauma persists on the subway or among the cornfields of a small hometown. Embracing collective memory, both real and imagined, these poems move across time to break familial silence. Sok pieces together voices and fragments—using persona, myth, and imagination—in a transformative work that builds towards wholeness.

There’s a sister who works so hard she never talks.
A sister who screams when she hears dogs bark.
A sister whose breasts have grown dry. A sister who always hides.
There’s a time comrades come to the hut.
They can’t tell who’s who—How many are you?
Where’s the other one hiding? That sister stays close,

somewhere in a hole, closed off with dirt.
Sometimes she sits with the sister whose baby lacked milk.
In her place of hiding, she cries, thinks of comforting words
but her mouth goes dry. In a far village,
where works the sister who never talks: the sunset.
Finally, it’s her chance. Time to run back,

but this time an owl screeches. She closes her eyes.
She disappears, pretends she’s the one who can fly.
That sister so quiet. How does that sister stay quiet?
Biting her lips she goes into hiding: between her teeth,
the skin of a snake, hiding like a chasm in a field, a hole
in the door to spy on the time, dark knot

high up in a greasy tree, little dry well in a forgotten yard
where sounds of smoke and fighting drive close.
One sister soils her sarong. To wash it, the sisters search for water
but find full of air, a balloon which swollen in the river
makes the youngest scream and cry, she who holds hands
walking around the open eyes, her own face hiding.

Then the sister who never speaks, begins to speak.
I want to go home, she says. But home is not close at all.
No salty plum juice, no rice, or fish dried.
That dream is dry. And tracing with a stick,
a sister who closes a circle around them in the dirt,
hiding them safely inside—This is a circle,

a time warp around us sisters, so we can go back
to when we girls were not hiding, when fear didn’t dry us up,
and we could be whoever we were, dear sisters.

Monica Sok is a Cambodian American poet and the daughter of former refugees. Her work has been recognized with a Discovery Prize from the 92nd Street Y Unterberg Poetry Center. She has received fellowships from Hedgebrook, the Elizabeth George Foundation, the National Endowment for the Arts, Kundiman, the Jerome Foundation, the MacDowell Colony, the Saltonstall Foundation for the Arts, and others. Currently, Sok is a 2018–2020 Wallace Stegner Fellow at Stanford University and also teaches poetry at the Center for … 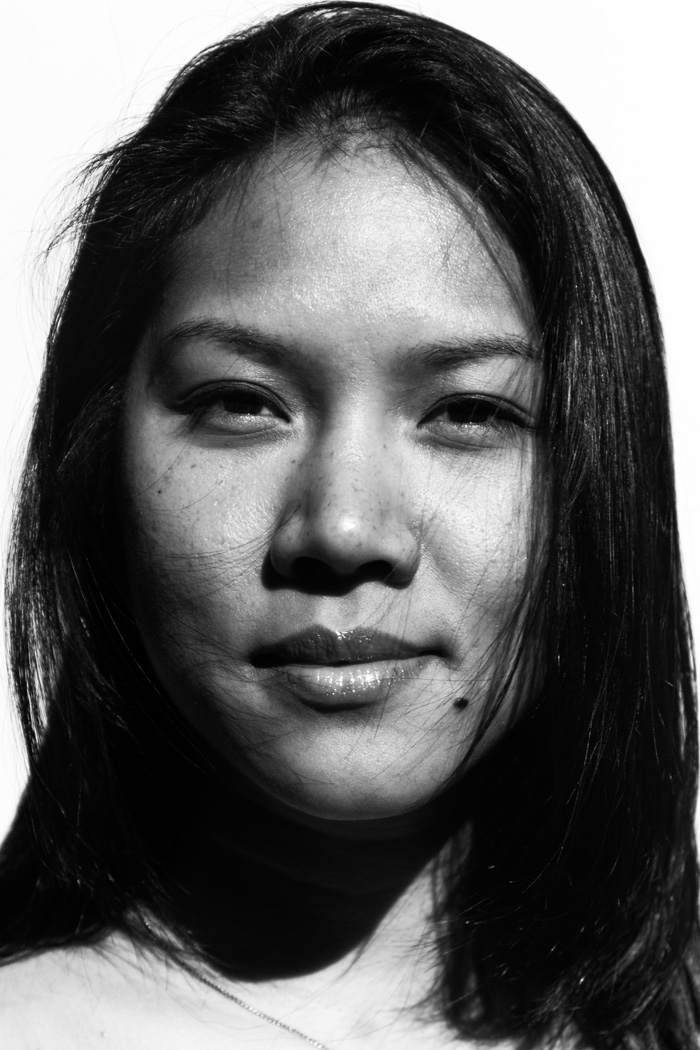 “Sok’s reflective debut teases out how the trauma of the Khmer Rouge is remembered and retained in the fabric of the country and within her own family… Weaving the threads of her family’s stories, history, place, and identity, these poems glimmer with strength and presence.” —Publishers Weekly

“In a world in which genocides, the likes of which Cambodia lived through are being forgotten, this is important work, as lived in as a face… Sok honors [her elders] here with the acute, protective tenderness of her gaze, the risks she takes in imagining her way into their lives.” —Literary Hub

“The poet is able to offer quiet wisdom without sentimentality. Ultimately this poet refuses to surrender to victimhood. The chapbook ends optimistically in the borough of Brooklyn, where the young speaker lives happily, sometimes seen in the neighborhood eating bagels with friends and writing new poems. She has found her way to ‘the healing fields.’” ―Marilyn Chin

“Sok never lets up, her detailed sense creating almost constant suspense and tension in this collection. A significant new voice.” —The Millions

“Through poetry, Monica Sok processes her family’s experiences of the Khmer Rouge, immigration and the Cambodian diaspora with mythical, tender reflection.” —Ms. Magazine

“In this stunning book, Sok’s speaker explores a broad range of poetic forms… This collection is grounded by striking imagery that moves between past and present, allowing both the speaker and the audience to construct memory—and with these constructions, we get the full confrontation the collection embodies.” —Split Lip Magazine

“A Nail the Evening Hangs On is fiery, trauma-stricken, tender, and complicated. Sok weaves together a remarkable collection wrought with memories of those who are alive but not living and those who are dead but not yet gone.” —New York Journal of Books