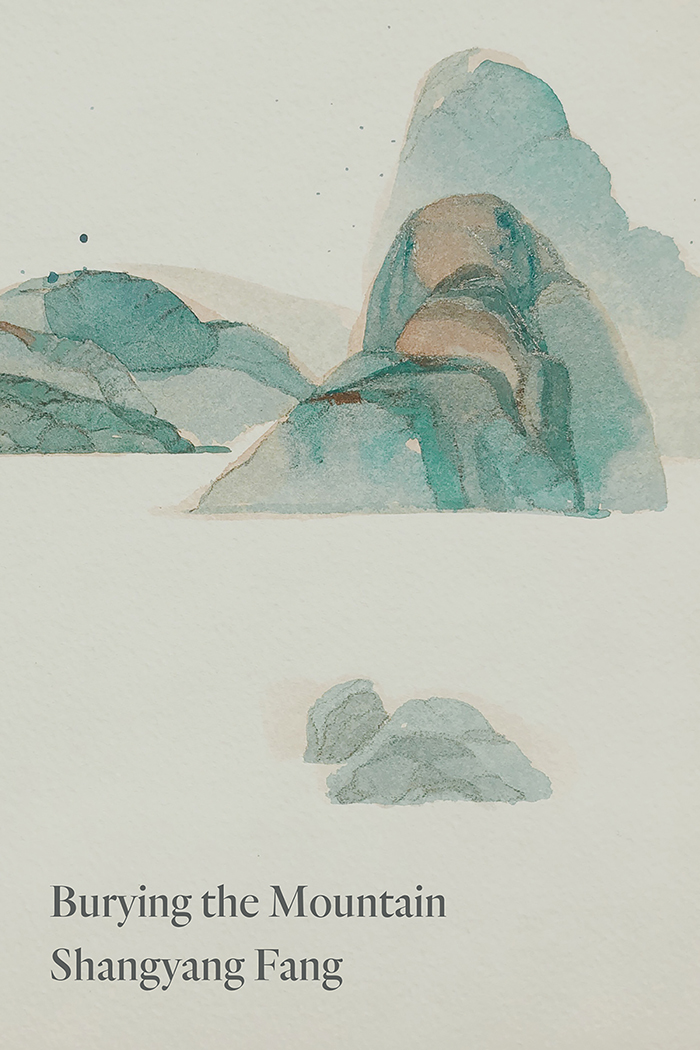 In Shangyang Fang’s debut Burying the Mountain, longing and loss rush through a portal of difficult beauty. Absence is translated into fire ants and snow, a boy’s desire is transfigured into the indifference of mountains and rivers, and loneliness finds its place in the wounded openness of language. From the surface of a Song Dynasty ink-wash painting to a makeshift bedroom in Chengdu, these poems thread intimacy, eros, and grief. Evoking the music of ancient Chinese poetry, Fang alloys political erasure, exile, remembrance, and death into a single brushstroke on the silk scroll, where names are forgotten as paper boats on water.

I was thinking, while making love, this is beautiful―this

fine craftsmanship of his skin, the texture of wintry river.

I pinched him, three inches above his coccyx, so that he knew

I was still here, still in an argument with Fan Kuan’s

dissolves into the landscape as a plastic bag into cloud.

The man walks in the mountains. No, he walks on rivers.

The man moves among shapes. He travels through colors.

The mountains are an addendum to his silvergrass sandals.

Wrong, his embroidered sleeves are streaklines of trees.

Neither could persuade the other, as my fingers counted

his cervical spine, seven vertebrae that held up

a minute heaven in my hand. But it isn’t important.

It is not, I said. It is just a man made of brushstrokes

moving in a crowd of brushstrokes. The man walks

inside himself. The string quartet of the tap water

streamed into a vase. My arms coursed around his waist.

We didn’t buy any flowers for the vase. It’s ok.

The sunlight would soon fabricate a bouquet of gladiolas.

To walk on a mountain for so long, he must desire

nothing. Nothing must be a difficult desire. Like the smell

of lemon, cut pear, its chiseled snow. The man

He must be. The coastline of his spine, the alpine

I held. The dispute persisted. Are you tired? I’m ok.

That means you are tired. You’re bitter.

Whatever you say. If my hands departed from his skin,

the heavens would collapse. The limit remained

even though we had used the same soap, same shampoo;

we smelled like the singularity of one cherry’s bloom.

The vase stayed empty, the sky started to rain.

My toothbrush leaned against his.

The man must be lonely, I said. No, the mountain

is never lonely. Burying my forehead inside his shoulder

blades, the mountain is making itself a man.

Shangyang Fang grew up in Chengdu, China, and composes poems both in English and Chinese. While studying civil engineering at University of Illinois, Urbana-Champaign, he realized his bigger passion lies in the architecture of language and is now a poetry fellow at Michener Center for Writers. He is the recipient of the Joy Harjo Poetry Award and Gregory O’Donoghue International Poetry Prize. His name, Shangyang, originating from Chinese mythology, was a one-legged bird whose dance brought forth flood and rain. 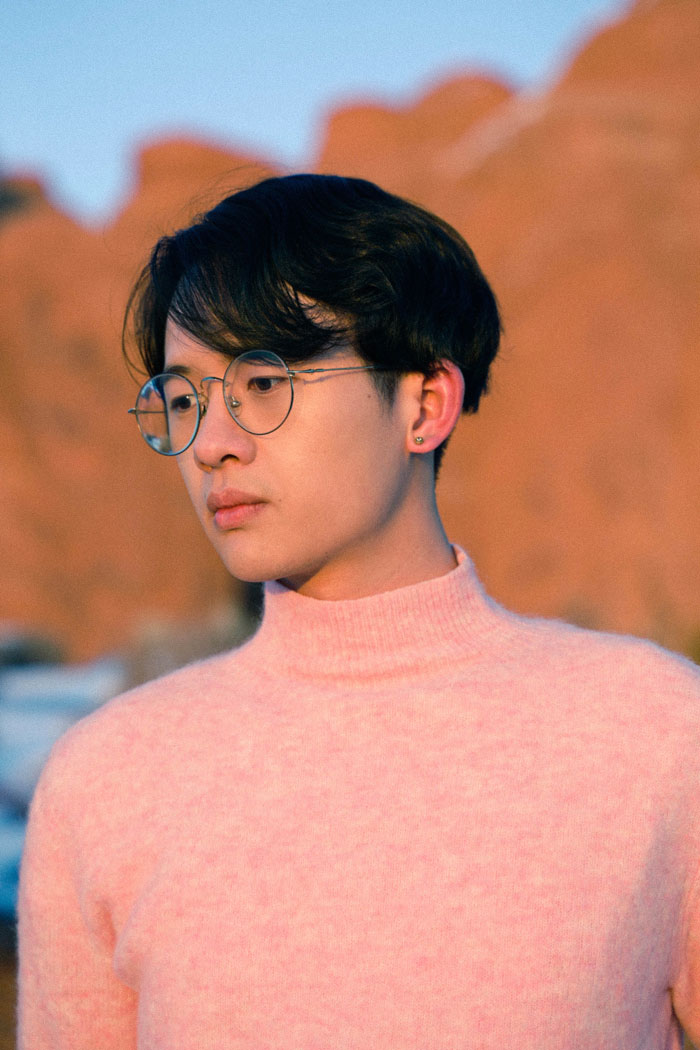 “The poems in Burying the Mountain are characterized by a wild ekphrastic stream of consciousness, with Shangyang Fang narrating under the influence of classical music, opera, and Baroque and avant-garde painting, while reinventing myths and fairy tales.” —Poetry Foundation