Home > Books > By the Numbers by James Richardson 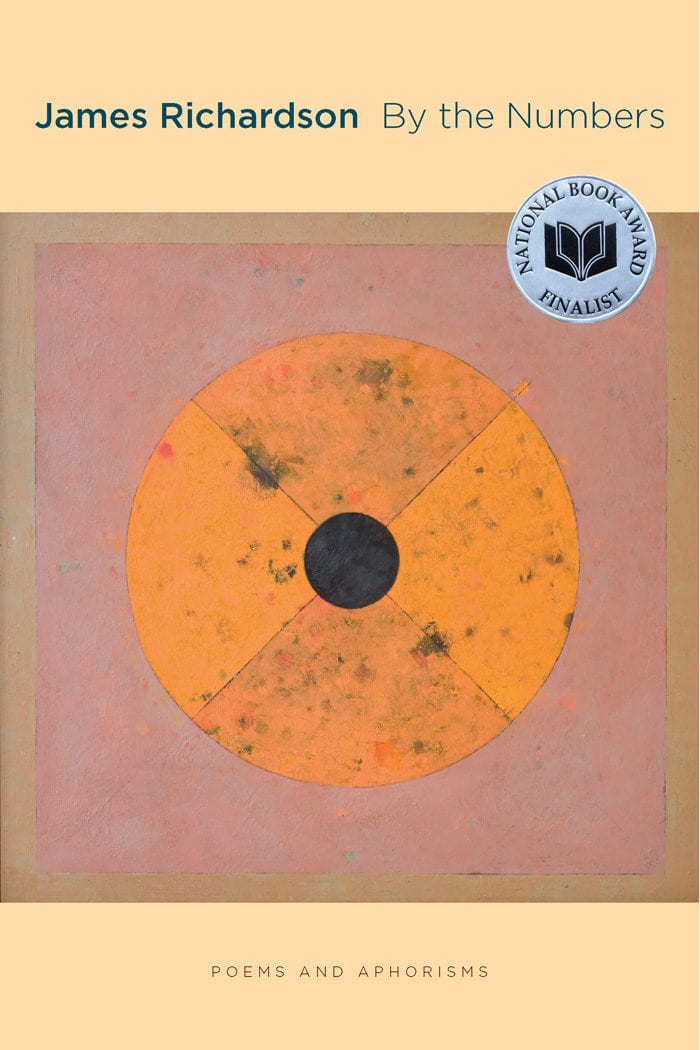 For James Richardson, poetry is speculative and serious play. By the Numbers captivates with its range of line and movement, its microlyrics, crypto-quatrains, and “ten-second essays,” its aphorisms that twist and snap. Drawing from myriad lore—Ovidian and Shakespearean, georgic and scientific—Richardson makes familiar scenes strange enough to provoke startling insights.

In that monster epic of the checkout girl
I’m the guy setting groceries on the belt
in order of decreasing density, or maybe the one
whose Did you get that coupon? is the last straw,
so she streams out, shedding her smock, through automatic doors.

In that later movie of the two old friends
stopped dead in the whitewater of the crowd
with sudden love, I’m the Excuse me sidestepping them,
or the waiter they hardly see, clacking down two plates
with tolerant amusement, which is my specialty.

And in the film of the autumnal Liebestod,
I’m the guy sliding her the desperate ticket,
the arm hailing a taxi against the sunset,
the blink of a bike going by. If you notice me at all
you never ask Who is that? just

What else was he in? since I am small, and they
are large, these lovers, comets, and so swift,
fast-forwarding their whole lives in two hours,
hair blown back, that their whispers, stooping to us,
would be sonic booms, their hot touch catastrophic.

I sit, hand on your arm, as the Wave of the Century,
some poor lifeboat poised on its crest
like a sparrow lost in the whited-out sky,
collapses, a terrible powder of light
against the screen, roaring, leaving us dry.

I’m the abrupt laugh, or the back of a dark coat
up which, like rain on a windshield, climb the credits.
I am that faint curve graphed on the sand
in wrack and paper cups and foam that shows,
as the light comes up, how far the night had risen. 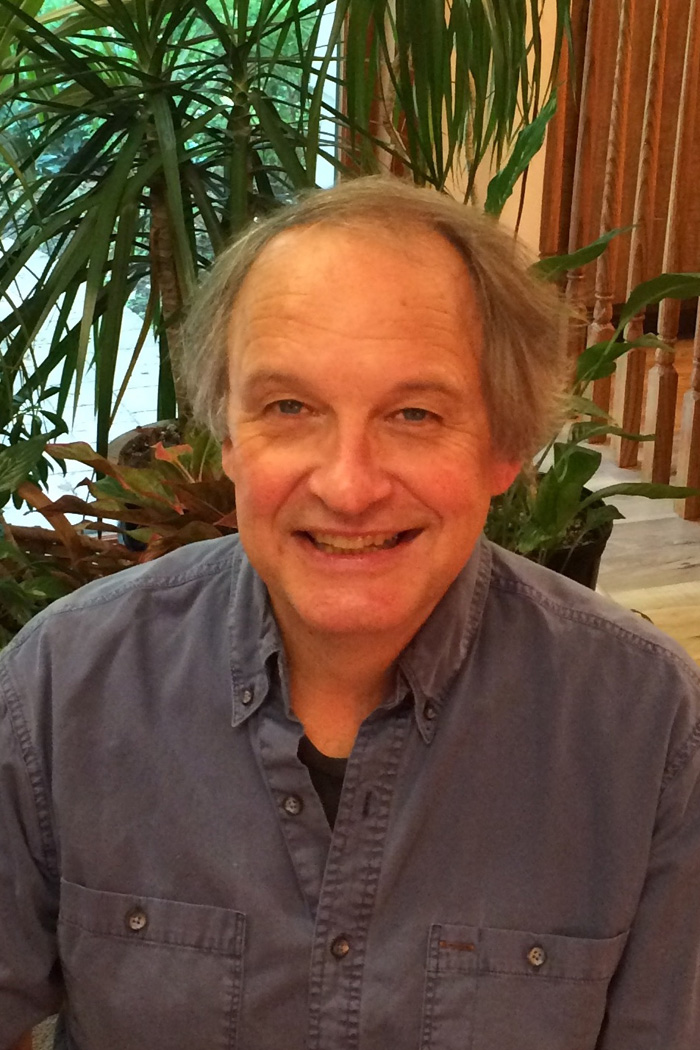 “[By the Numbers] is a feast in its variety; there is a range of forums wherein our narrator finds himself haunted and perplexed by his own disappearing life, by his own memories and losses. He tries to shape them into something like meaning. But in the end, he does not so much seek wisdom, but finds himself charmed by the idea of wisdom. He is compelled by human need. By the Numbers is a book of incredible sympathy.” —Coldfront

“Richardson is the best aphorist writing in English, and he’s a hell of a poet, too. Both forms are represented in this wonderful book.” —Publishers Weekly