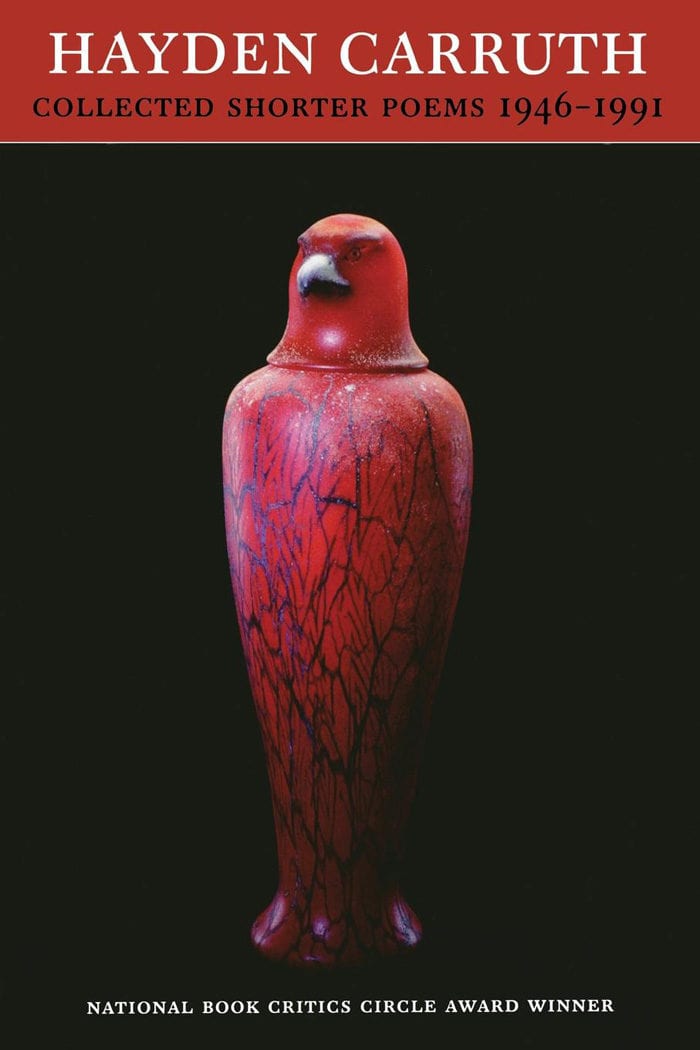 Well, she told me I had an aura. “What?” I said.
“An aura,” she said. “I heered you,” I said, “but
you ain’t significating.” “What I mean, you got
this fuzzy light like, all around your head,
same as Nell the epelectric when she’s nigh read-
y to have a fit, only you ain’t having no fit.”
“Why, that’s a fact,” I said, “and I ain’t about
to neither. I reckon it’s more like that dead
rotten fir stump by the edge of the swamp on misty
nights long about cucumber-blossoming time
when the foxfire’s flickering round.” “I be goddamn
if that’s it,” she said. “Why, you ain’t but sixty-
nine, you ain’t a-rotting yet. What I say
is you got a goddamn naura.” “Ok,” I said. “Ok.” 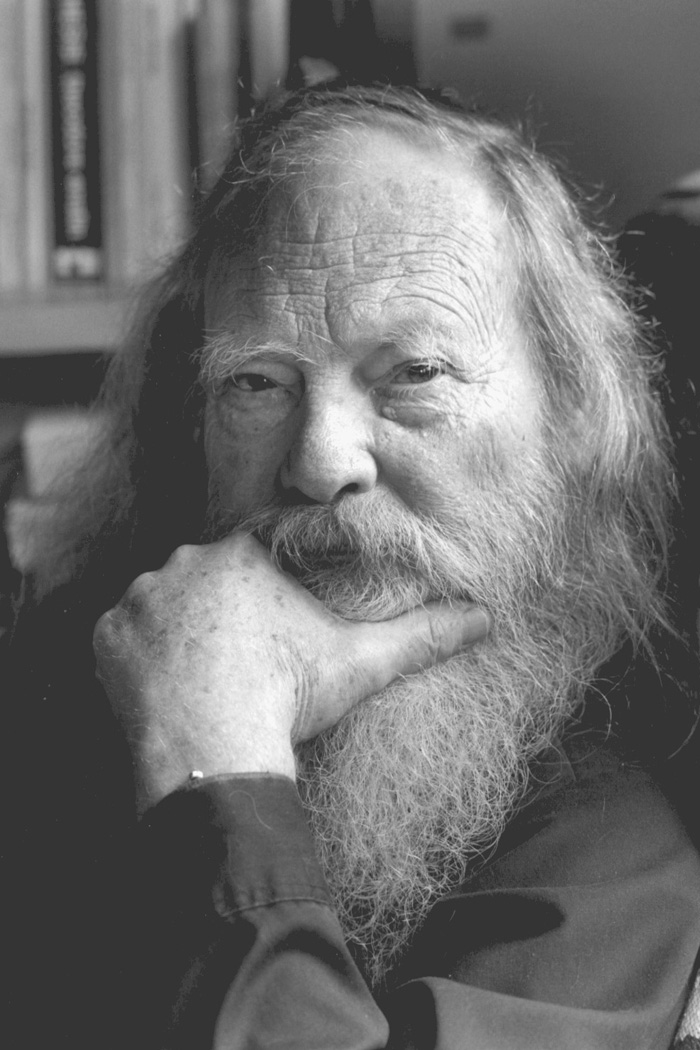 “Rarely do poets earn the unqualified admiration of both their academic and experimental peers, but Carruth—through his artistic versatility and critical ecumenism—has been doing just that for half a century… Carruth’s personal blend of wit, Weltanschauung, and conscience is indelibly his own, one of the lasting literary signatures of our time.” —Library Journal, starred review

“Carruth, like Whitman, like Chaucer, is large—he contains multitudes. Dip into his work anywhere, and there is life—and death—as stirringly felt and cogitated as in some vast, Tolstoyan novel.” —Booklist, starred review

“Carruth is a people’s poet, readily understood, a tribune of our common humanity, welfare and plight. He is also a poet’s poet, a virtuoso of form from the sonnet to free verse, from medieval metrics to jazz ones.” —The Nation

“Something Hayden Carruth does as well as any living writer is to treat the reader as a friend, and to provide, through his poetry, hours of good poetry.” —New York Times Book Review

“To have this collection of a lifetime is to possess ‘the real and only sanity’ as he proclaims in one of his poems.” —Bloomsbury Review

“The range and quality of [Carruth’s] achievements, in both form and content, over more than a dozen collections, is beyond dispute… No significant poet since 1950 has written as well in such a broad range of modes—both subjects and styles—as Carruth.” —Eclectic Literary Review

“Probably the book of any genre that’s impressed and moved me most in the past twelve months is Hayden Carruth’s magisterial Collected Shorter Poems… The quirky and unique historical and political intelligence at work here, along with a deceptively effortless-seeming prosodic virtuosity and Carruth’s perfect pitch for a certain American idiom, makes this book a continuing revelation.” —Marilyn Hacker, The Nation

“[Carruth’s] poetry [fits] life like a glove to a hand, until they have become inseparable.” —F. D. Reeve, American Book Review

“This collection is so stirring its appearance deserves repeated ballyhoo, and serves to remind us of Carruth’s importance to American poetry, as well as his incredible range, linguistic and formal resourcefulness, and philosophical intensity.” —Athens Banner-Herald

“Hayden Carruth is one of our masters, and this 400-page book spanning 45 years of poetry is a grand achievement realized by few poets. A Carruth poem is a wondrous landscape of compelling discovery and transformation. To read his work is to know that a poem is a heroic testament to strength of the heart.” —Bloomsbury Review

“Carruth believes in the redemptive power of poetry. In his hands it becomes a curing salve for the pained and dispossessed.” —City Pages

“This volume demonstrates what some readers have long known: Hayden Carruth possesses greater range of style, scope of subject, and diversity of formal skills than any other poet working in the United States today.” —Southern Humanities Review