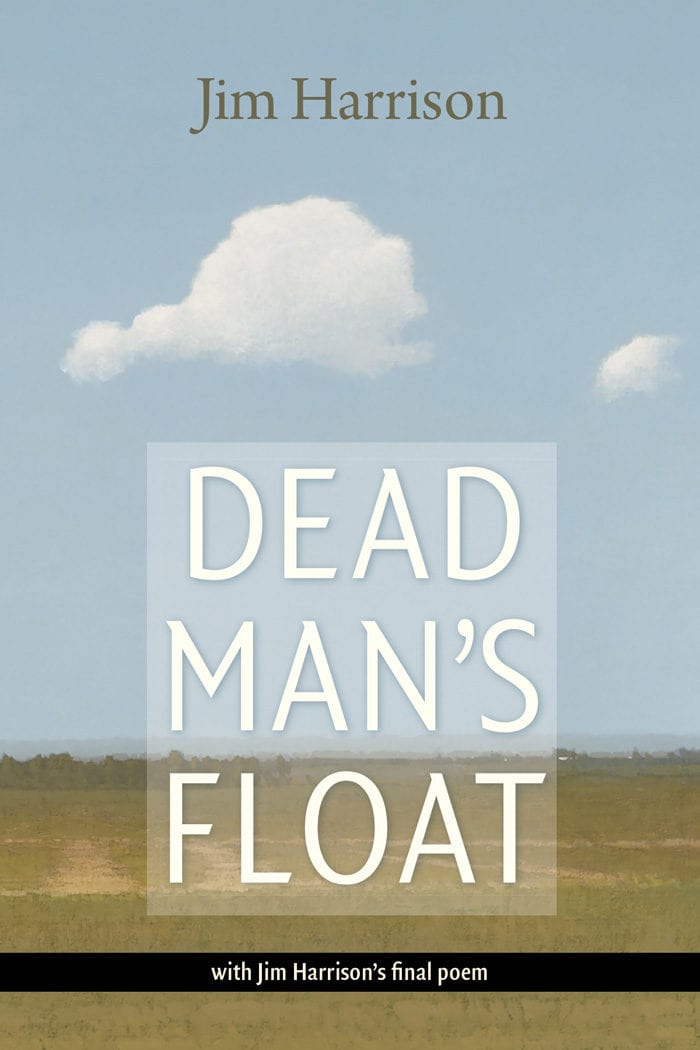 A “dead man’s float” is a survival technique used by swimmers during an exhausting journey. Reading and writing poems served as Jim Harrison’s dead man’s float while he gritted through the agonies and indignities of shingles and surgeries. During his lengthy convalescence, Harrison extols fellow poets who suffered greater hardships and brutal deaths—Lorca, Machado, Mandelstam—and marvels at the beauty they created. Preoccupied with the savageries of time and recognizing that “at my age you don’t think about the future because you don’t have one,” Harrison assures his readers:  “Mind you, I’m in no rush for this to end.”

The paperback edition of Dead Man’s Float contains the unfinished poem found on Harrison’s writing desk when he passed away on March 26, 2016.

The birds are flying around frantically

in the thunderstorm that just began, the

first in weeks and weeks. They are enjoying

themselves. I think I’ll join them. 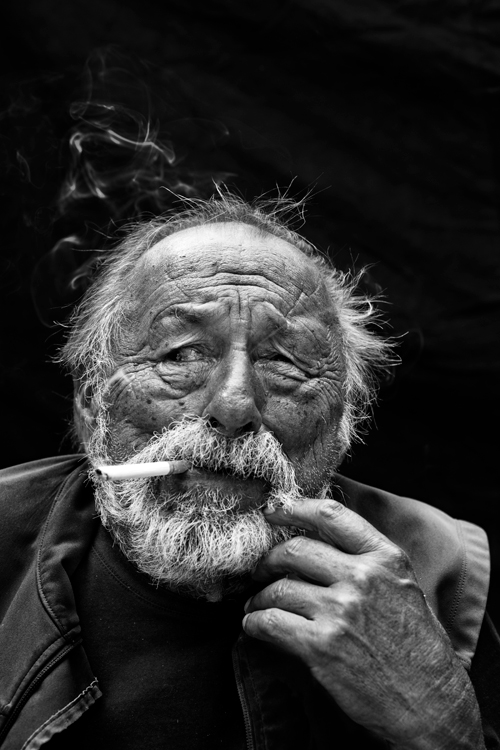 “Harrison pours himself into everything he writes… As he navigates his seventies, he continues to marvel with succinct awe and earthly lyricism over the wonders of birds, dogs, and stars as he pays haunting homage to his dead and contends with age’s assaults… Bracingly candid, gracefully elegiac, tough, and passionate, Harrison travels the deep river of the spirit, from the wailing precincts of a hospital to a ‘green glade of soft marsh grass near a pool in a creek’ to the moon-bright sea.” —Donna Seaman, Booklist

“[Jim Harrison] is still close to the source… Dead Man’s Float is, as its title would suggest, a flinty and psalmist look at mortality and wonder.” —Los Angeles Times

”Mr. Harrison’s novels and poems over the last two decades have been increasingly preoccupied with mortality, never so much as in Dead Man’s Float, his very good new book of verse… The title of this volume, Dead Man’s Float, refers to a way to stay alive in the water when one has grown tired while far from shore. As a poet, however, Mr. Harrison is not passively drifting. He remains committed to language, and to what pleasures he can catch.” —Dwight Garner, New York Times

“Few enough are the books I decide to keep beyond a culling or two. Barring fire or flood, Dead Man’s Float will be in my library for the rest of my life. If it’s the last poetry collection we get from Harrison—and I hope it isn’t—it is as fine an example of his efforts as any.” —Missoula Independent

“Forthright and unaffected, even brash, Harrison always scoops us straight into the world whether writing fiction or nonfiction [and] goes in deep, acknowledging our frailness even as he seamlessly connects with a world that moves from water to air to the sky beyond.” —Library Journal

“Jim Harrison has been a remarkably productive writer across a multitude of genres… His poetry is earthy, witty, keenly observed and tied closely to the natural world [and] mortality looms large in Dead Man’s Float, his 14th collection of poems… [F]orceful, lucid, fearlessly honest, Harrison knows that the nearness of death intensifies life.” —Arlice Davenport, Wichita Eagle