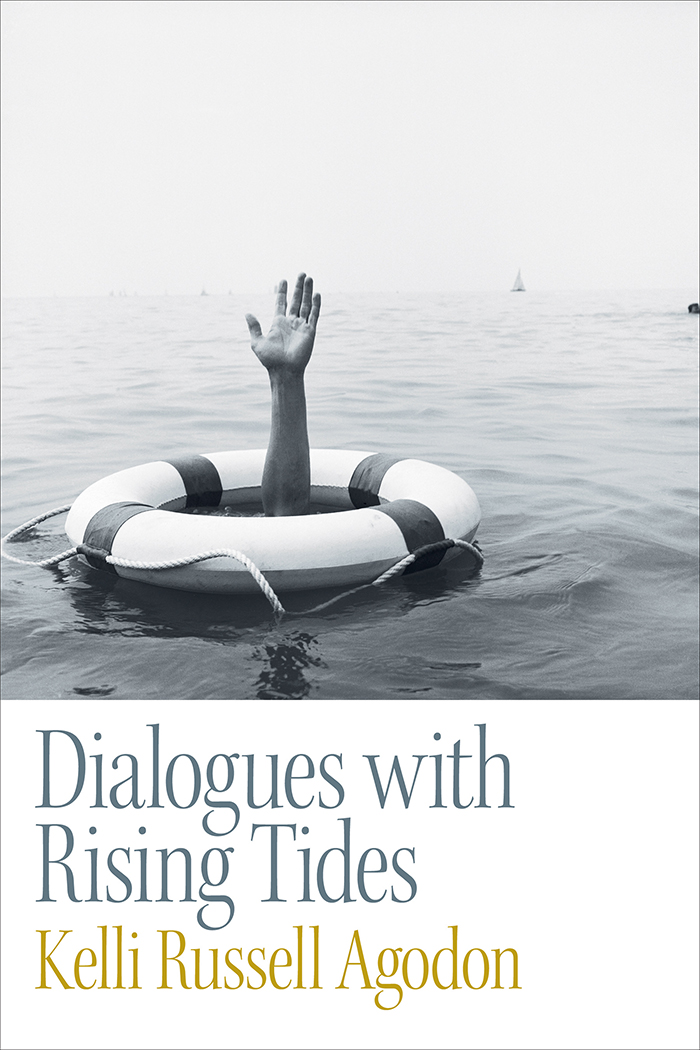 In Kelli Russell Agodon’s fourth collection, each poem facilitates a humane and honest conversation with the forces that threaten to take us under. The anxieties and heartbreaks of life―including environmental collapse, cruel politics, and the persistent specter of suicide―are met with emotional vulnerability and darkly sparkling humor. Dialogues with Rising Tides does not answer, This or that? It passionately exclaims, And also! Even in the midst of great difficulty, radiant wonders are illuminated at every turn.

and someone praying for her lilacs, for her
honeysuckle to take root. It’s a hundred degrees

stop you’re both wrong, the sky wins
by a meteor shower. The stars aren’t watching

television tonight, they’re out waltzing
through modern galaxies, a ballroom

of ghosts where everything is about daybreak
and dazzle, how much moondust will trail

into the house. Somewhere between ego
and starshine, we lost our hatbox of kindness,

room table. And we wonder why we think
our neighbor’s a spy and everyone is so on edge.

into the galaxy and we fall
into her optimism. Trust what you don’t

know, like the honeybees that rise
from the heart of the canyon, watch them

like small suns circling the slight blossoms,
watch them slide in, knowing

even a small amount of nectar
is a greater sum than none.

Kelli Russell Agodon is a poet, writer, editor, book designer, and co-founder of Two Sylvias Press, living in the Seattle area. Her collection of poems Hourglass Museum was a finalist for the Washington State Book Award and was shortlisted for the Julie Suk Award honoring the best book of poems published by a small press. She is also author of the bestselling The Daily Poet: Day-By-Day Prompts For Your Writing Practice, which she co-authored with Martha Silano. She was the … 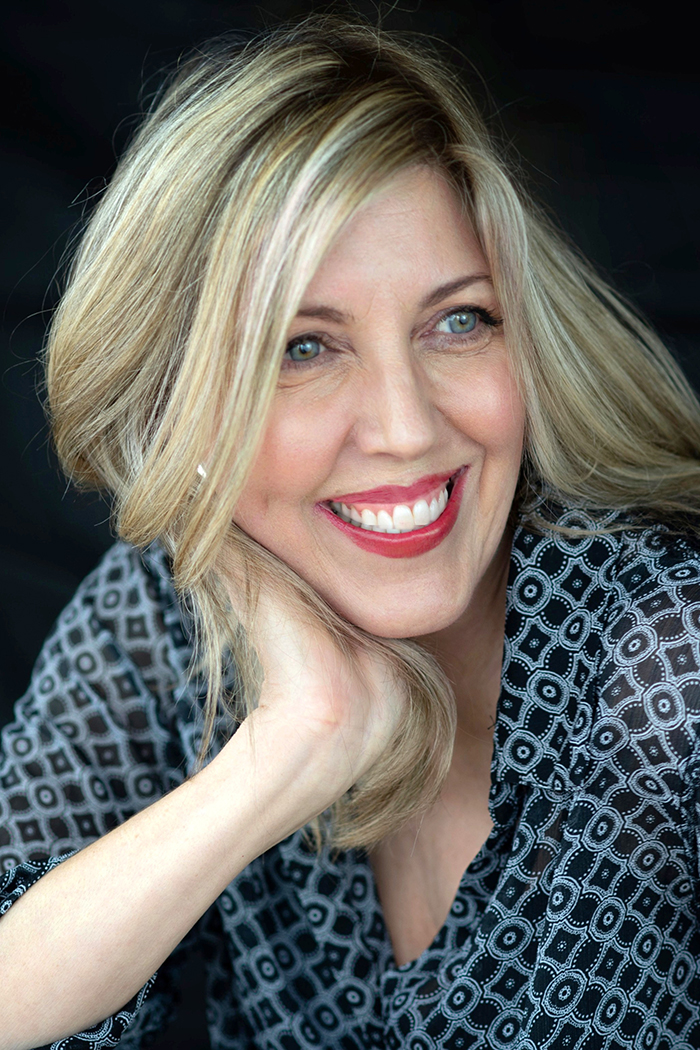 “Seattle-area poet Agodon’s finely crafted poems gleam like prisms, so clear is her language… The everyday grace with which we attempt to live while tumbling through our days finds expression in this sinewy collection which seems to catch us before we fall, assuring us that it’s going to be okay.”—Booklist

“Kelli Russell Agodon’s poems in Dialogues with Rising Tides, her strongest book to date, navigate everyday anxieties and dramatic questions of life-or-death with equal doses of pathos and humor, reminding us that our choices in a world of chaos add up to something, reminding us of the responsibility to ‘care for our ghosts.’ Her interior world is lined with fragments of family tragedy while her outer world confounds her, the rising tides of environmental collapse, not a metaphor but a reality. Her oceanic views of the world teeter on the edge of a cocktail or a gunshot. Funny, sad, and a perfect read for unsettling times.” —Jeannine Hall Gailey, author of Field Guide to the End of the World

“'(A)ll objects,’ Kelli Russell Agodon writes, ‘are composed of vibrating anxieties,’ as are these poems, tremulous as a tuning fork, conductive as a lightning rod, teetering between a precarious, hopeful tenderness and dread. There are collisions—’a lightship / crashing against a blue shore of healing’—and gentler dialogues, even poems-as-waltzes, which nonetheless feature inferences of betrayal. The ballast, the queen, is the speaker herself, whose powerful vulnerability is matched only by her wit. ‘At a Cocktail Party, I Am Given a Drink Called, Life is Fleeting and the Olive Is Short-Lived,’ for instance, one in a series of fabulous titles that are poems unto themselves. ‘No one expects perfection, except when they do, which is always,’ she tells us, and I find myself wanting to throw my arm over her shoulder and saying yes, I get it, sister, I know, while we walk down the beach feeling ‘bamboozled / by life,’ discovering the spider building a web in our dead father’s prosthetic leg. This is the book I need right here, right now, as the fires burn and the tides rise.” —Diane Seuss

“Brava for Kelli Russell Agodon’s Dialogue with Rising Tides. This brave, poignant, heartbreakingly beautiful collection is exactly what we need in these troubled times. On these pages, anxiety and grace intersect with wit, wonder, and imagination. Agodon does not just catalogue her attentions, she engages with them head-on, attuned to a kind of intimacy in all things. There is breath built into each line. Call it evolution, or transformation, or metamorphosis, these poems spark possibilities that will make you want to read and write and live.”—January Gill O’Neil, author of Misery Islands

The Rumpus, “What to Read When You Want to Celebrate Poetry”