Directed by Desire: The Collected Poems of June Jordan 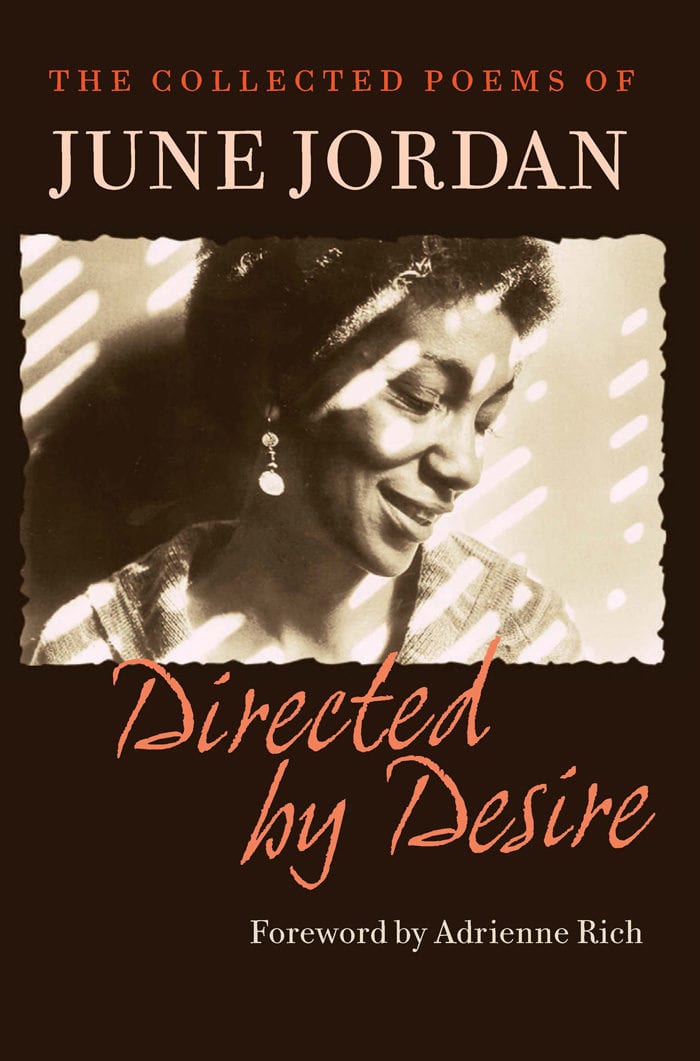 This definitive volume gathers work from June Jordan’s ten books of poetry and includes many never-before-published poems—including a tender, fierce, and innovative collection of poems written before her death in 2002. Throughout her storied career as an artist and activist, Jordan chronicled a living, breathing history of the struggles that have defined the United States. Having engaged in a vast stylistic range, Jordan’s work broadened and enriched the traditions of American poetry. Alice Walker wrote of Jordan: “[She] makes us think of Akhmatova, of Neruda. She is among the bravest of us, the most outraged. She feels for all. She is the universal poet.”

About Long Distances on Saturday

where are you going
baby

June Jordan was born in Harlem in 1936 and was the author of ten books of poetry, seven collections of essays, two plays, a libretto, a novel, a memoir, five children’s books, and June Jordan’s Poetry for the People: A Revolutionary Blueprint. As a professor at UC Berkeley, Jordan established Poetry for the People, a program to train student teachers to teach the power of poetry from a multicultural worldview. She was a regular columnist for The Progressive and her … 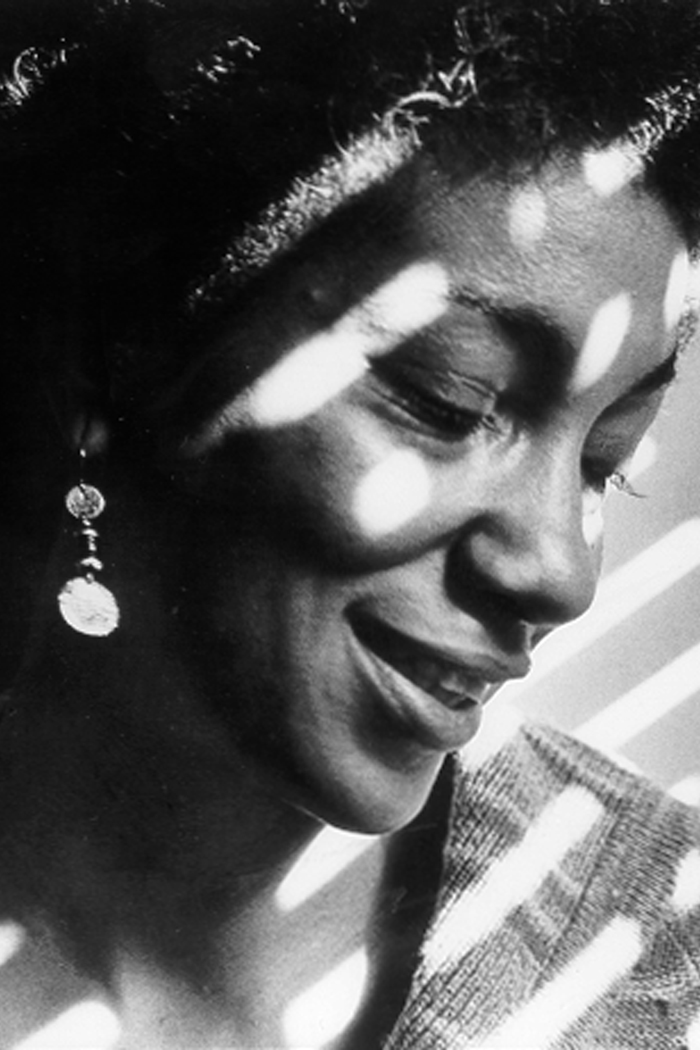 Jan Heller Levi, poet, was a student and a long-time friend of June Jordan. She is, with Sara Miles, co-executor of the June M. Jordan Literary Estate Trust. With Miles, she co-edited Directed by Desire: The Collected Poems of June Jordan, and, with Christoph Keller, co-edited We’re On: A June Jordan Reader.  Her most recent book of poems,  That’s the Way to Travel, was published in a bilingual edition (English/German) by Moloko Print in 2019.  She lives in Switzerland with her husband Christoph …

Sara Miles co-edited Directed By Desire: The Collected Poems of June Jordan with Jan Heller Levi. She is the author of Native Dancer (poems) and a book of political reporting, How to Hack a Party Line: The Democrats and Silicon Valley, as well as two books on faith: Take This Bread and Jesus Freak. She co-edited and contributed to the poetry anthology Ordinary Women: Mujeres Comunes and a book of essays, Opposite Sex. As a reporter based in Central America, …

“Directed by Desire is a handsome book, as one expects from Copper Canyon… Jordan displays without fail her major strengths. Those strengths—a propulsive way with the line and an emotional stance of intensity—are employed to wide-ranging effect. They can appear in sharp bursts… Or the rhythms can expand and the intensity turn mystic in a mode reminiscent of parable… Or they can be used to pacifist purpose in revising one of America’s poetic chestnuts… Jordan aims to inspire her readers, not merely fill them with rarefied air.” —Harvard Review

“As fierce in her activist life as in her passionate verse, Jordan (1936–2002) first rose to fame in the early ’70s with declamatory poems and series inspired by African-American vernacular: ‘Who look at me?’ her first series demanded; ‘I am black alive and looking back at you.’ A flexible metrical sense, and an undercurrent of humor, set her best work apart from her performance-oriented peers early on… During the ’80s, Jordan… often focused on international struggles, praising revolutionaries and peace activists in Cuba, Angola, Nicaragua and Israel/Palestine, and excoriating American militarism and racism. She later became a professor at the University of California–Berkeley, assembling an influential book on the teaching of poetry… and a widely noticed memoir… ” —Publishers Weekly

“Directed by Desire… is not only the story of the development of a poet as her voice evolves and distills in its power and craft, but also the story of progressive political struggles… Jordan always has the voice of the people in her work. She captures stories and diction and language to document and bring hope to our lives… Jordan’s work is substantial and having it all collected in a single volume creates great possibilities for discovery of both her poetic voice and also the history and stories she committed to telling.” —Sinister Wisdom

“Jordan’s poems are marked by an unmistakable energy… [Her] insight develops alternately through confession and observation in language alternately intense and comical, sincere and sarcastic.” —Art Voice

“This substantial collected volume… presents the warrior voice and vision of a writer dedicated to criticizing inequity of all kinds, and confidently revealing the path of her desires… Wherever people were silenced, cruelties concealed, or lies promoted, Jordan shouted out, exposing what needed to be seen… Directed by Desire is an important addition to African American or feminist poetry collections, but more importantly, it is a powerful addition to the entire canon of American poetry.” —Booklist

“Directed by Desire is rich with… moments of startling clarity and self-revelation. By turns dark and sardonic, outraged and amused, these poems are the testament to Jordan’s vitality and intellectual rigor.” —Empty Closet

“This poet’s sensitive eye moved across a lifetime of experiences without blinking.” —San Francisco Chronicle

“[June Jordan’s] work is in the great stream of American populism, from Walt Whitman to Carl Sandburg, to Langston Hughes and Lucille Clifton and beyond. [Jordan’s poetry] also is highly individual, passionate and searches for justice, but it’s also remarkably tender… Indeed, Jordan is a poet who doesn’t blink, either looking at beauty or at social realities… This poetry, like all good political poetry… constructs a view of the world that may be critical but that essentially is loving. This ability to hold more than one view of reality at a time is Jordan’s gift to her readers.” —Santa Fe New Mexican

“Always urgent, inspiring and demanding, Jordan’s work has left its indelible mark everywhere from Essence to The Norton Anthology of Poetry, and from theater stages to the floors of the United Nations and the United States Congress.” —BOMB Magazine