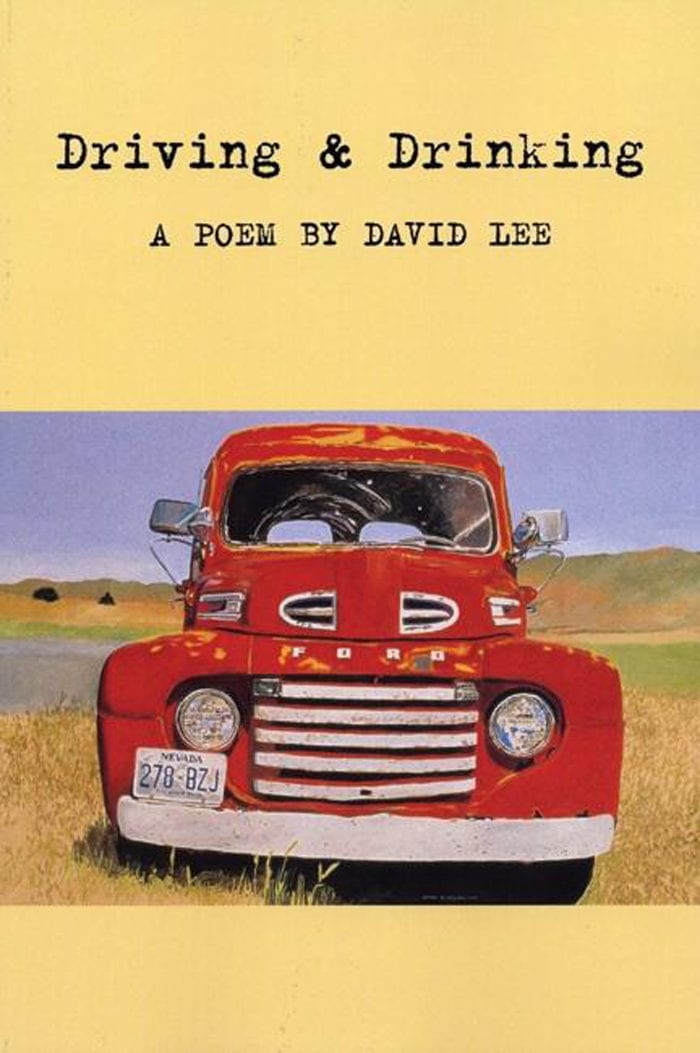 David Lee’s masterpiece is once again available in this reissued edition. From the cab of an old truck, the voice begins, “Turn right up there / and get off these pavements,” and we’re launched into the monologue and a slow roadtrip along the back roads of southern Utah, driving and drinking. The lone voice is that of John Sims, an unlettered pig farmer, and as he opens the floodgates of memory we hear of pranks, pitfalls, bootleggers, childhood stories, jobs, people, and a tragic accident on an oil rig. Lee balances sadness and hilarity, ribald outpourings and quieter moments of reflection. The humor is easy and quick, but deceiving, as it leads to an exploration, Dante-fashion, of the unexpected depths of John’s life and wisdom.

from Section One of “Driving & Drinking”

I remember the first time
I ever got drunk. Me and my brother
we was following this branch back home in Misippi
when we seen a trail leading off
and he knew but I didn’t
he’s oldern I was and been down them trails
so’s we went down and found it
any time you find a trail off a branch
you follow it. . .

David Lee was Utah’s first poet laureate; in 2001 he was a finalist for United States Poet Laureate. He is the author of two dozen volumes of poetry, including The Porcine Canticles, A Legacy of Shadows, So Quietly the Earth, Last Call, and Mine Tailings. A former seminary student, semi-pro baseball player, and hog farmer, he holds a PhD with a concentration in John Milton. For over three decades he taught at Southern Utah University, where he received every teaching … 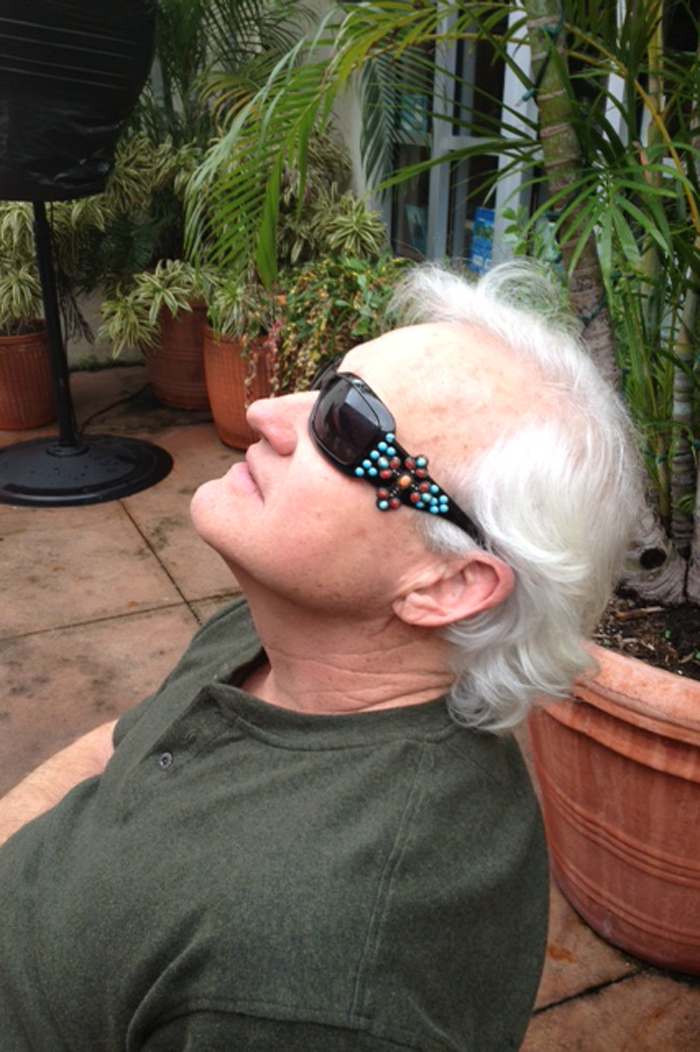 “I have singled out Driving and Drinking for particular praise because there is absolutely nothing like it in the annals of American poetry. From silly ‘fart machine’ jokes to exploding oil fields, from pig farm to epic poem, with humor and pathos, Lee has written from the stuff and core of his life a poetry that is unique. If we were a civilized nation, we would declare him a national treasure.” —Poetry East

“As in all of Lee’s work there is here an exhilarating love for people and the very human circumstances they find themselves in. William Stafford has said that it is the poet’s job to bear witness, and it is obvious that Lee would agree… He is among us, holding something of ourselves to the light. But it is not for that alone he should be congratulated. It’s because he does it so unflinchingly, so well.” —Chowder Review

“David Lee is another kind of poet. Copper Canyon has the courage to go beyond, or beside, the standard. In Lee’s work there is no ‘poet’ at all, just a voice… And in making a sort of social comment, in creating the hard world of the bottom class, he does so by telling, retelling, some of the funniest and most terrible stories I’ve read in a long time.” —Western American Literature

“David Lee entertains us, enlightens us, makes us laugh and feel good laughing, makes us taste the sadness our world can’t extricate itself from… There is here an exhilarating love for people and the very human circumstances they find themselves in… One can only wish for more poets like David Lee… more poets willing to make their own music, however out of sync with whatever [is] current… His are poems that will stick in your mind. They are poems you’ll take to heart. It is from both these places, these countries of wisdom and love, that they so evidently come.” —Chowder Review

“The poetry of David Lee has the big shoulders and hands-on working life of a man of the West… Lee’s intuitive take on our failures and, more to the point, our attempts not to fail are fiery, passionate, tender and absolutely true… [He] speaks in the rolling gait of the true Texan, a tale spinner and a man who whips up a metaphor as quick as a dry-pasture twister. He writes from the gut out… Cranky, befuddled, hard-working and straightforward, Lee’s ‘characters’ wear a path to your soul.” —Anacortes American

“The subjects and treatment are as earthy, profane and raucous, and also as appealing, as those of Chaucer’s ‘miller’s’ and ‘wife of Bath’s’ tales.” —Booklist

“Lee’s subject matter is promising, neither academic nor artsy, derivative or urban. It reeks of authentic.” —Houston Chronicle

“David Lee’s work challenges the suppositions of contemporary American poetry. His voice is so unabashedly honest, and his subjects and settings are unapologetically spoken from the pig trough rather than the lecture podium.” —Rain Taxi

“[Lee’s achievement] is an astonishing and richly satisfying work… He is an artist of the commonplace language that binds us, honing these simple utterances we… use when nothing fancier will do.” —Raven Chronicles

“Lee is a master, a national treasure. His ear is never wrong concerning the common speech he seeks out and crafts into poems.” —Dictionary of Literary Biography Yearbook