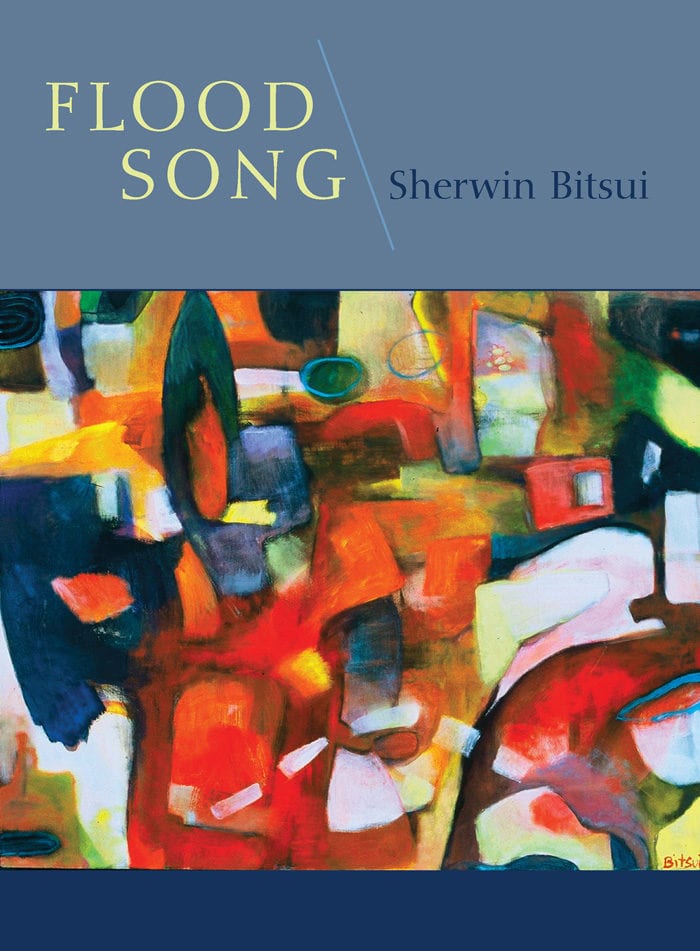 “I bite my eyes shut between these songs.” So begins Flood Song, a concentrated, interweaving, painterly sequence in which Native tradition scrapes against contemporary urban life. In his second book, Sherwin Bitsui intones landscapes real and imagined, populated with the wrens, winds, and reeds of the high desert and constructed from the bricks and gasoline of the city. Reverent to his family’s indigenous traditions while simultaneously indebted to European modernism and surrealism, Bitsui is at the forefront of a younger generation of Native writers. His poems are highly imagistic and constantly in motion, drawing as readily upon Diné (Navajo) myths, customs, and medicine songs as they do contemporary language and poetics. “I map a shrinking map,” Bitsui writes, a map tribal and individual, elemental and modern—and utterly astonishing.

I am unable to pry my fingers from the ax

I am unable to pry my fingers from the ax,
unable to utter a word
without Grandfather’s accent rippling
around the stone flung into his thinning mattress.
Years before, he would have named this season
by flattening a field where grasshoppers jumped into black smoke.

Sherwin Bitsui (Diné) is originally from White Cone, Arizona, on the Navajo Reservation. He is Diné of the Todich’ii’nii (Bitter Water Clan), born for the Tl’izilani (Many Goats Clan). He is the author of Shapeshift (University of Arizona Press, 2003), Flood Song (Copper Canyon Press, 2009), and Dissolve (Copper Canyon Press, 2018). His honors include a Lannan Foundation Poetry Fellowship and a Native Arts & Cultures Foundation Artist Fellowship. He is also the recipient of a 2010 PEN Open Book … 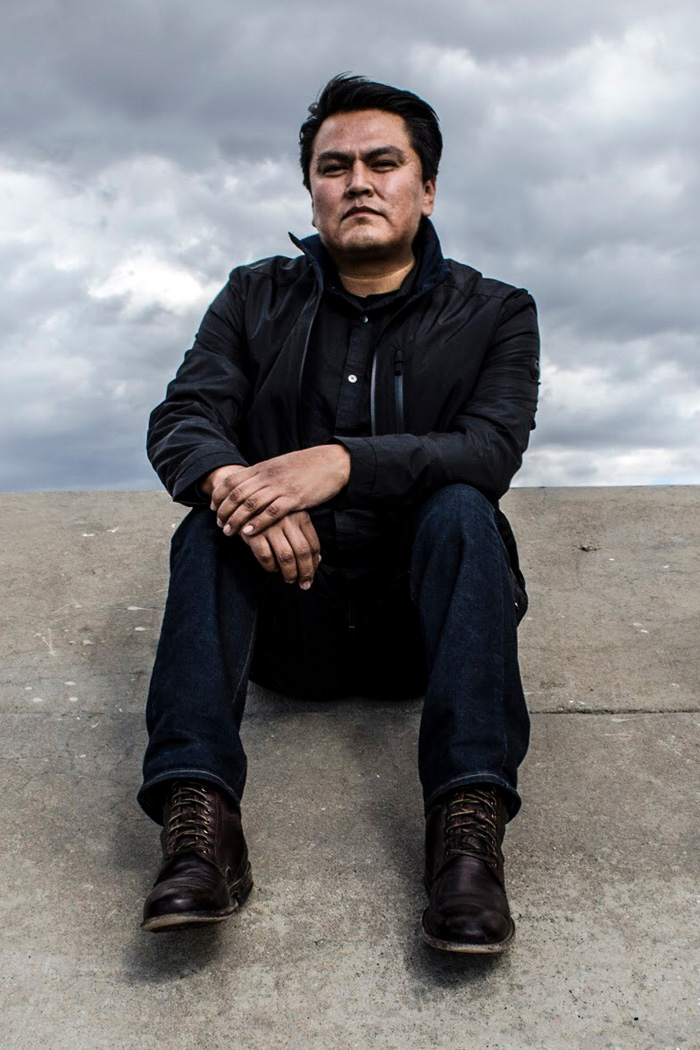 “Sherwin Bitsui sees violent beauty in the American landscape. There are junipers, black ants, axes, and cities dragging their bridges. I can hear Whitman’s drums in these poems and I can see Ginsberg’s supermarkets. But above all else, there is an indigenous eccentricity, ‘a cornfield at the bottom of a sandstone canyon,’ that you will not find anywhere else.” —Sherman Alexie

“When one runs across a young poet of incredible ability, it is hard not to pay attention. Sherwin Bitsui is such a poet, and his second book (Flood Song) presents a startling approach to Navajo experience… These untitled sequences of lyrics are disturbing in their familiar beauty and draw the reader into internal states that only a poet of an ancient land could translate into universal understanding.” —Bloomsbury Review

“Bitsui’s poetry returns things to their basic elements and voice in a flowing language rife with illuminating images. A great reading experience for those who like serious and innovative poetry.” —Library Journal

“Bitsui’s untitled poems employ animal imagery, ancestral memory and violent verbs in fertile movements that blend harmony with discord. They echo the dynamism of the flood; they breathe and singe.” —Cerise Press

“Throughout, Bitsui straddles borders between a long history and postmodern aesthetics… This is a powerful collection from a promising young poet.” —Publishers Weekly

“‘I bite my eyes shut between these songs’ says Bitsui in the first poem in this harsh and beautiful collection. What follows is intently imagined poetry, visceral, imagistic, sometimes angry, always emotionally rapt, that explores Bitsui’s Native heritage and the landscape of the American West. These poems hit you in the face, but you owe it to yourself not to duck.” —Library Journal

“[Bitsui] preserves the feeling of myth yet shows myth as an essential mode of thinking.” —American Poet

“Sherwin Bitsui draws from the Diné language and landscape to create a third sensibility when it melds with the English. It is in that other realm that we find him scanning a desert territory, perhaps as certain birds do—vultures, hawks—reciting the evidence of what is found there, both natural and urban, cherished and despised. He finds bones, blood, gas, wrens, and television snow. His is an aching and spare, hypnotically lyrical singing.” —Foreword

“Bitsui’s richly textured contemporary lyric is one that is characterized by visceral language, urgent rhythms, and the abstraction of archetypal and cultural images and symbols which ‘speak a double helix’… Major themes in Bitsui’s dazzling second collection include the loss of language, agency, and sacred cultural symbols, which explore ‘some piece of an idea of NOW / before it becomes WAS’… Flood Song demonstrates the mature development of one of our generation’s most gifted and promising voices.” —Southwestern American Literature

“What happens in these poems is the same thing that happens when a fist-sized snowball rolls to the bottom of a hill… there is an increase in mass that is wonderful to watch, yet has terrible uncontrollable thrust… A great novel creates a suspenseful experience, where the reader just can’t wait to get to the next chapter. In Bitsui’s poems, the exhilarating suspense is so condensed, it happens between words. The joy of reading Bitsui’s Flood Song, isn’t just between the lines.” —Egress Studio Blog