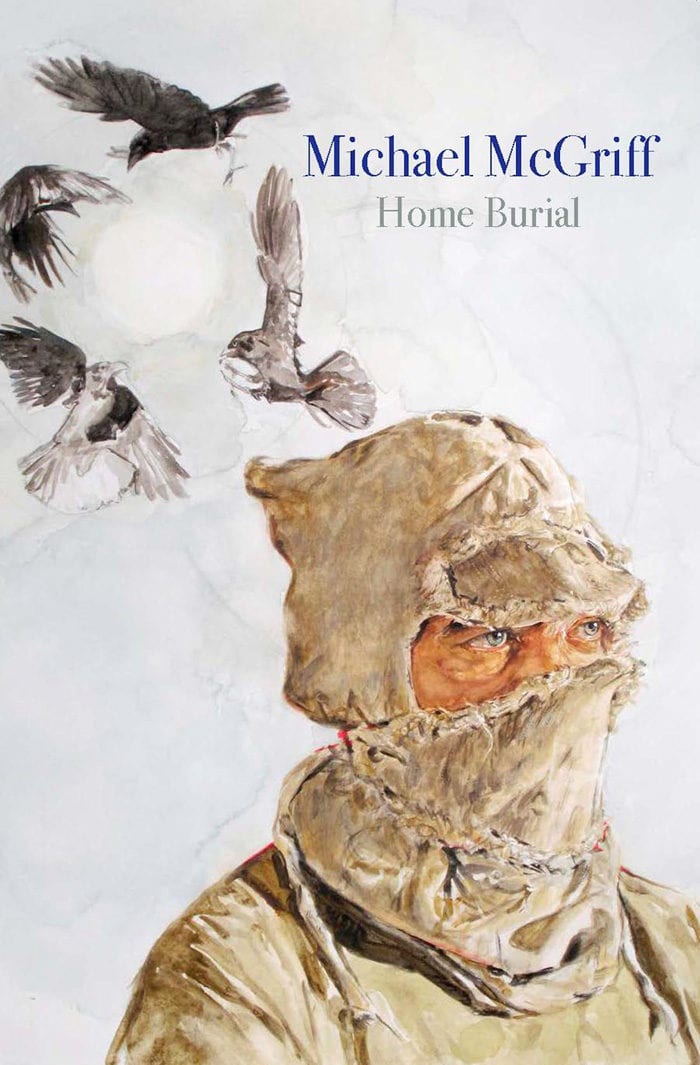 The poems in Michael McGriff’s second full-length collection, Home Burial, reverberate as they pass through a landscape of old-growth forest, ramshackle farms, moonlit water, lumberyards, and mini-marts. Home Burial captures the elemental slow ravage of rural communities and the voices of those who persist through hardship, loss, and even death. All the while, flashes of light intercede, filling a pint glass or revivifying the deadpan voices of bored girls.

says you can abandon your child

in an emergency room,

through the hospital doors.

Later, parked at the boat basin,

he takes a knife from his pocket,

cuts an unfiltered cigarette in two,

lights the longer half in his mouth.

He was a medic in the war.

In his basement are five bronze eagles

that once adorned the walls

of a dictator’s palace.

Michael McGriff is an author, editor, and translator. He is the co-author, with J.M. Tyree, of the linked story collection Our Secret Life in the Movies, which was selected as one of NPR’s Best Books of 2014. His poetry collections include Early Hour; Black Postcards; Home Burial, a New York Times Book Review Editors’ Choice; and Dismantling the Hills. He is the translator of Nobel laureate Tomas Tranströmer’s The Sorrow Gondola, and is the editor of a volume of David … 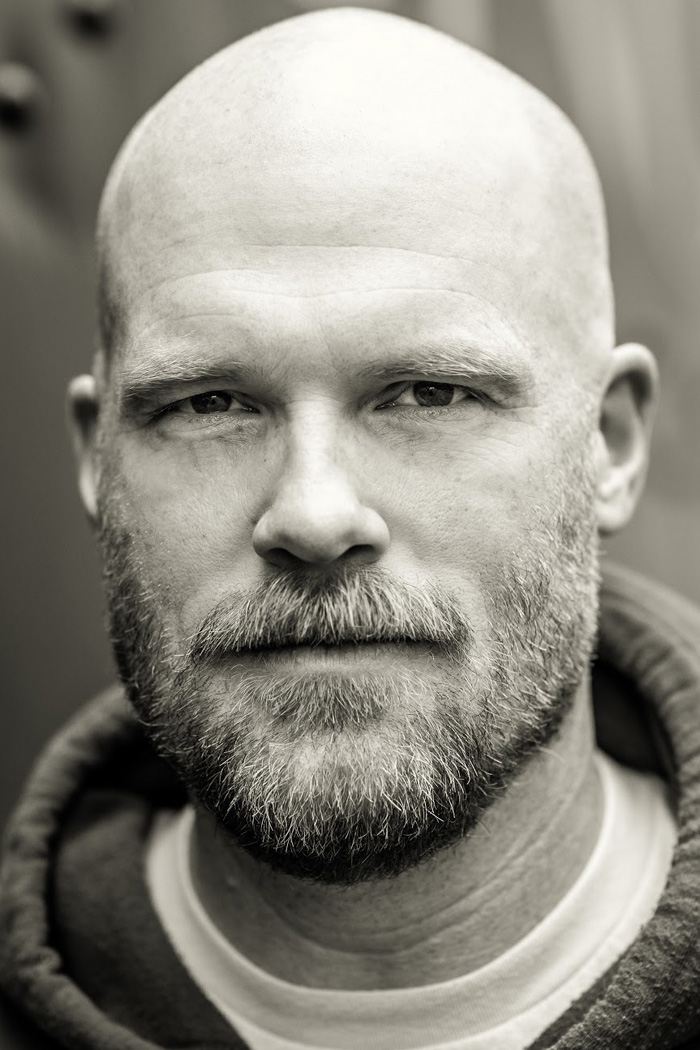 “If you’ve lived anywhere outside the cities or driven out past where the suburbs shelve off into somewhere no one would think to romanticize as country, you’ve heard something like this voice… the deep imagery is as native as the desolation, and as untranscendent in its descriptions… And that’s it. Here we are. We aren’t leaving anytime soon.” —Antioch Review

“One of the first things to strike you about Michael McGriff’s work is that it’s populated: his poems have people in them. What strikes you next is that the citizens of McGriffville are mired in various stages of desperation… Again and again these characters sink to what seems like a spiritual bottom. In the hands of a less capable poet, their fates would feel almost too grim to bear, but McGriff chronicles their dissolution—and the dissolution of the landscape they come from—with language that manages to be simultaneously spare, cinematic and tactile. It’s that language that keeps you reading along, transfixed.” —New York Times Book Review

“McGriff’s latest collection of lyrical poems hauntingly blurs the distinction between land and machine, inhabitant and environment… Despite all the dirt and grime, there is love of place in these poems. In the midst of dark and dreary surroundings, McGriff conjures stark beauty, artfully depicting a decaying community with a combination of tenderness and dread, animosity and nostalgia.” —Booklist

“On the surface, a world of hospitals, casinos, convenience stores, toolsheds, banquet halls—all the lit squares of our civil selves. Below the surface, a murky realm, subconscious, magic, oracular, where blind hearts swim through an elemental darkness. And Michael McGriff is constantly letting his bucket down on a long long rope, to tug the darkness up into the light… a rope of words that finally seem well-chosen, but inevitable. Look, as an effete urban intellectual I don’t know a bucket of chicken guts from a Buick’s engine block. But I know Real Poetry when I read it; and it’s richly seamed through every tunnel we can possibly mine through this book.” —Albert Goldbarth