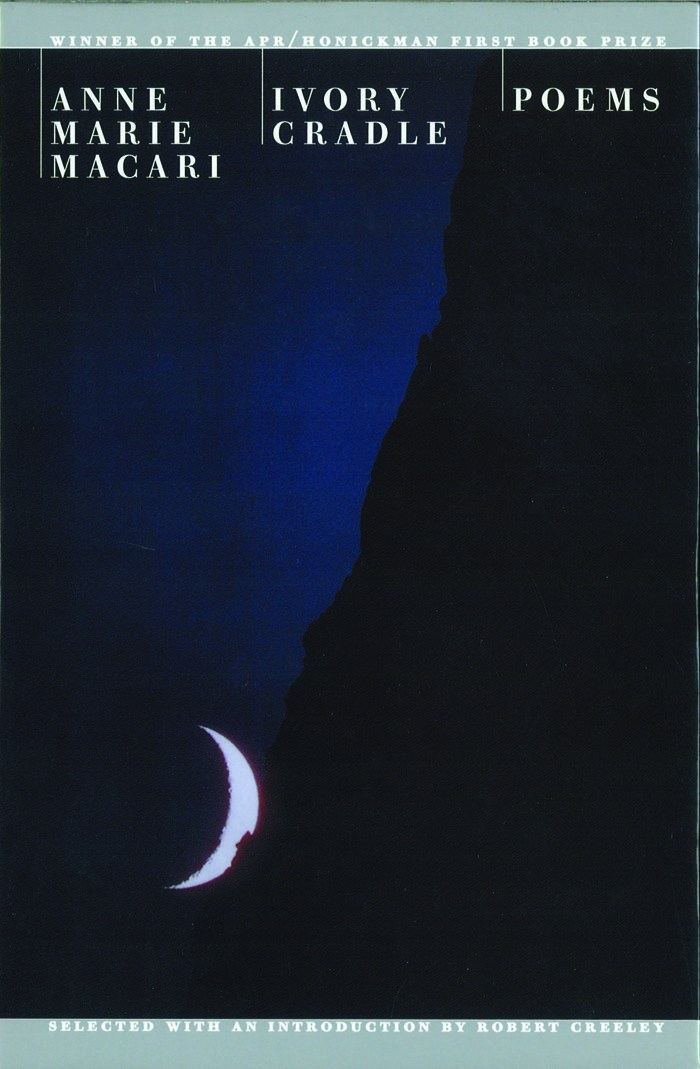 Robert Creeley, who selected Ivory Cradle from over 1,200 manuscripts, writes in his introduction: “The wonders here are those of perception, intuition, union, separation—and all the emotions these provoke. Anger, despair, but also joy, love in its flooding recognitions, relief in the world’s insistent substance.”

The parable of the pears was the one never repeated
because it has to do with sex, and more than sex
it was Jesus at his best showing them secrets
about the different kinds of love. There was a pear
whose brown skin had the whole rough hillside in it,
but inside so sweet he had to lie down to eat it,
and a more rare, red-skinned pear. It had no shame.
The harsh Jesus of the figs and vines
was undone, thankful, he was brimming,
in his mouth that taste he could never confide,
they would never believe him, they still wore
the dullness, they still thought day to day,
something simple might change their lives if only
they listened, if only they forgot everything

they knew, something of heaven would sprout
from their mouths if only they were ready for its flavor.

Anne Marie Macari is the author of five books of poetry including Heaven Beneath (Persea, 2020) and Red Deer (Persea, 2015). Macari’s first book, Ivory Cradle, was chosen by Robert Creeley for the the APR/Honickman First Book Prize in 2000. Her poetry and essays have been widely published in magazines such as The Iowa Review, Field, and The American Poetry Review. 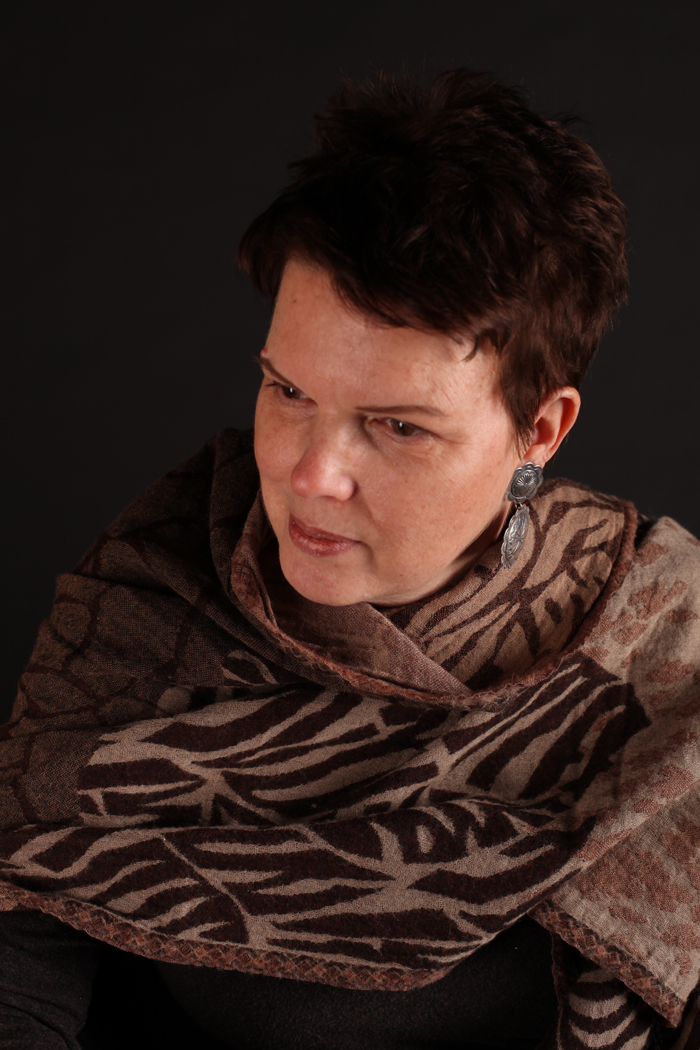 “It can be startling when a voice just emerging is as mature as Macari’s in this debut collection… A sharp, honest, and restrained journey to hell and back. This book has a quiet power.” —Library Journal

“Macari is one of the most surprising and best poets I have read in a long time. This first book reverberates with a dark power few poets achieve in their entire lives.” —Bloomsbury Review