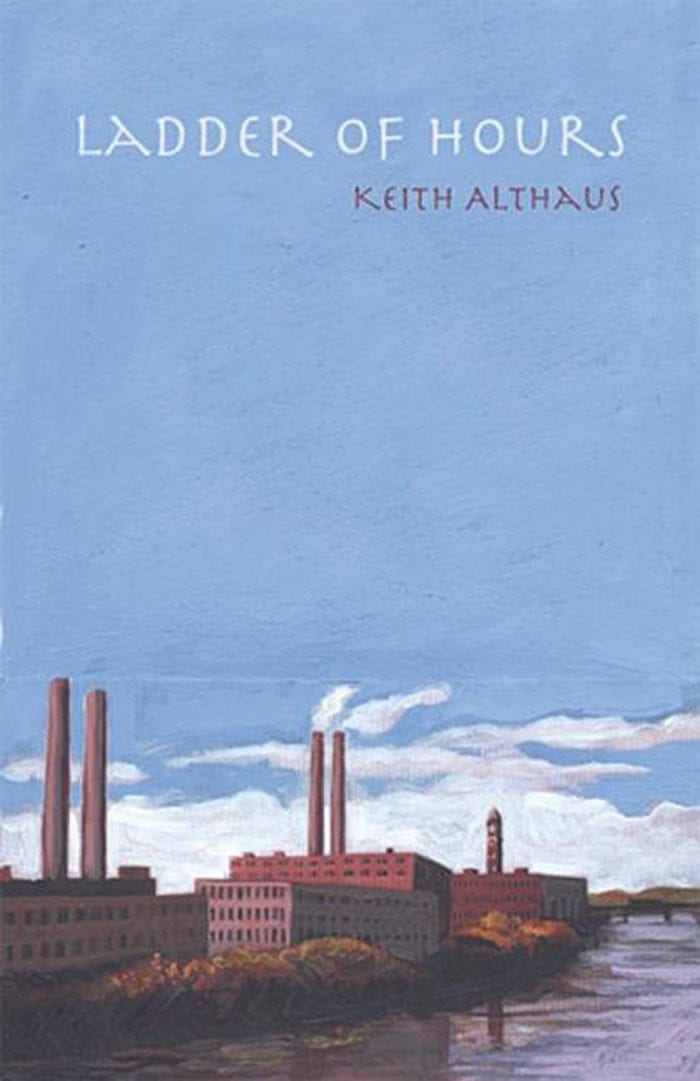 Ladder of Hours gathers poems written over four decades, a selection that teaches us how insight into everyday life can transform the world. Composed in language that is spare, almost skeletal, yet lacking nothing, Ladder of Hours investigates the subtleties of moments we might otherwise overlook. Althaus is interested in everything from the label on a whiskey bottle to the distance between emotion and idea. His poems reframe “ordinary” moments of perception, revealing unexpected meaning and resonance, and they do so in a way that seems strangely egoless, bent entirely on extracting and capturing the essence of his discoveries; Ladder of Hours takes us into numinous territory.

A ladder of hours
leads to the dark.
Midnight’s tower
looks down on
where you stood
at noon, poised
on a rung,
wondering
what is this room
that stands outside,
in pure light,
even as the ladder
curves in space
to meet itself,
become a treadmill,
whose blurring bars create
a see-through wall,
on the other side of which,
the room endures, and waits,
though moonlit now.

Keith Althaus has published three books of poetry: Rival Heavens (Provincetown Arts Press, 1993), Ladder of Hours (Ausable Press, 2005), and Cold Storage (Off the Grid Press, 2016). His poems have appeared in The New Yorker, The American Poetry Review, and numerous other magazines and journals. His many jobs have included included loft renovation and tree planting. Althaus currently runs a gallery with his wife, painter Susan Baker. They live in North Truro, Massachusetts. 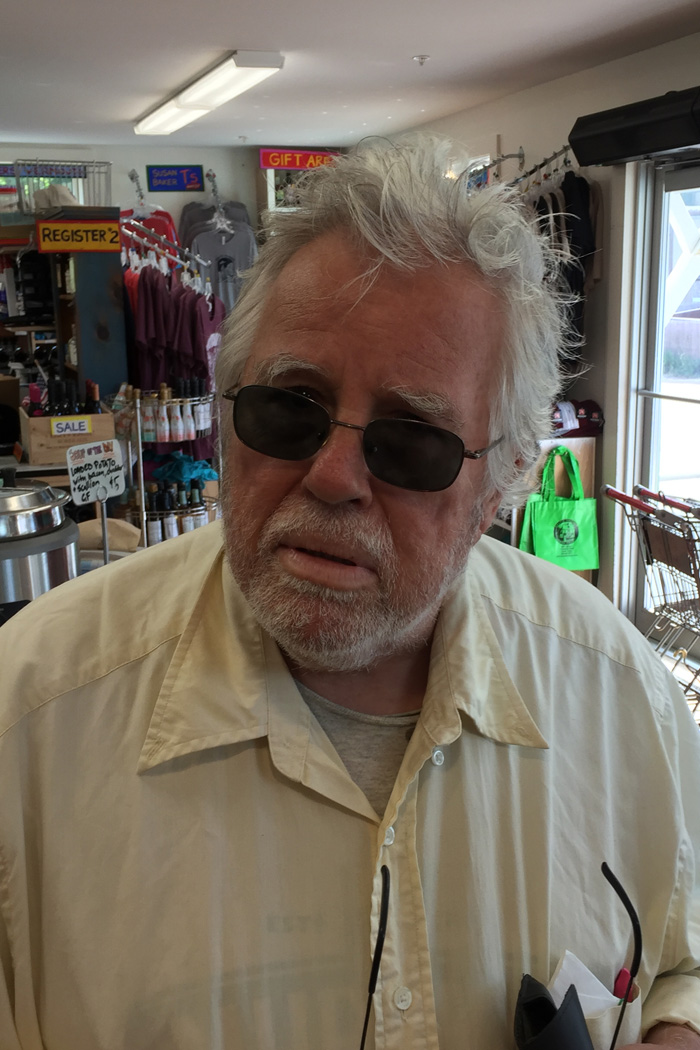 “The grave, conversational poems of Keith Althaus are philosophical in spirit, because they persistently inquire after what a person can know. What is most striking about this poetry is the ongoing steadiness of the speaker’s attention as it attempts to make out the facts—the muteness of the physical world, the painful separateness of consciousness, our ignorance of any design—but there is something so passionate and un-self-involved in these monologues that the reader feels the weight of the unknown surrounding us, and shares in the curious dignity of pressing forward. This is late-night talk radio for philosophy majors, broadcast from the deep middle of life. Only if you combined Robert Creeley with Jean Follain, might you get a poetry as spare yet rich as this. Ladder of Hours is an austerely beautiful book, one with visionary resonances and a very particular poetic elegance.” —Tony Hoagland

“This new volume is the most substantial airing of [Althaus’s] wonderfully acute and lyrical poems, all burnished and spare as the landscape at the end of Cape Cod where he has resided for decades. Though his poems range over subjects far and wide, they all share simple profundity and achieved elegance.” —Notre Dame Review

“The poems in Keith Althaus’s collection Ladder of Hours are unusually lyric with both a clarity and gravity of tone not often found in contemporary poetry… Ladder of Hours serves as both an introduction to the poet’s work and an overview of it—as if it were a ‘collected works’ from a writer who seems to have just emerged on the scene. The result is a combination of freshness and technique that is a rare mix.” —The Santa Fe New Mexican

“Keith Althaus has the kind of straightforward voice that commands attention: he makes a series of seemingly calm statements and [then], you’re hit by the fact that he’s telling the truth, the beautiful truth of what it’s like to be alive right now.” —Alan Dugan

“Ladder of Hours is a book of subtle humor and quiet astonishments, with rarely a note out of place.” —William Gibson