Home > Books > Love and Other Poems by Alex Dimitrov

Love and Other Poems 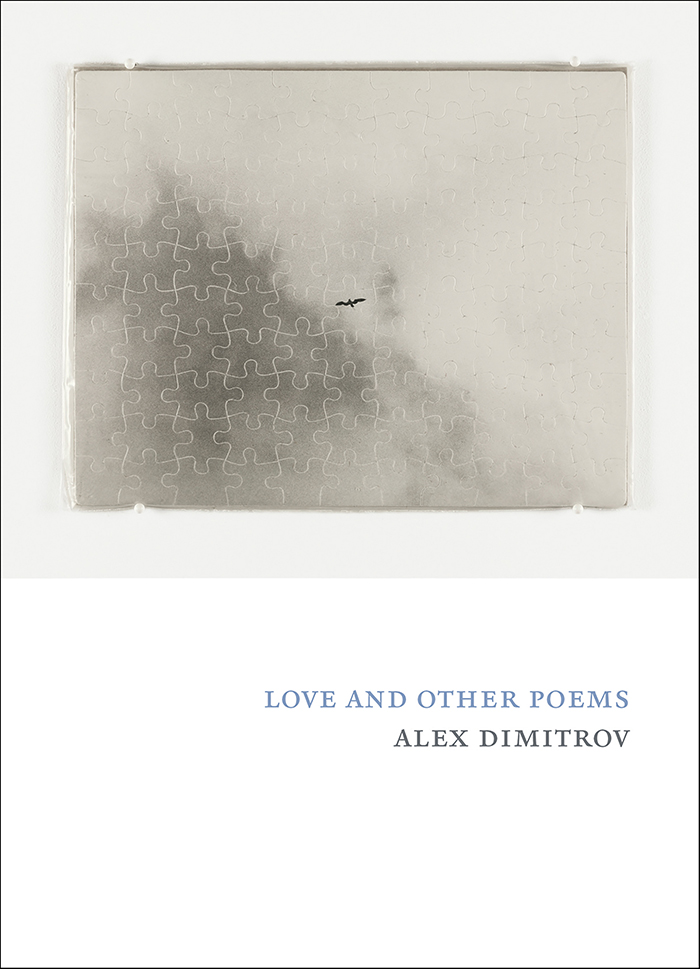 Alex Dimitrov’s third book, Love and Other Poems, is full of praise for the world we live in. Taking time as an overarching structure―specifically, the twelve months of the year―Dimitrov elevates the everyday, and speaks directly to the reader as if the poem were a phone call or a text message. From the personal to the cosmos, the moon to New York City, the speaker is convinced that love is “our best invention.” Dimitrov doesn’t resist joy, even in despair. These poems are curious about who we are as people and shamelessly interested in hope.

So this is love. When it slows
the rain touches everyone on their way home.
Whatever was promised of pleasure
costs the body more than it has.
Perhaps they were right putting love into books…
to look at the sky without asking a question,
to look at the sea and know you won’t drown today.
Despite all our work, even the worst of life
has a place in memory. And the fixed hours
between two and five before evening
are the aimless future with someone
who cannot stay new. August returns us
to a gap in history where our errors
find the invention of a kinder regret.
Almost possible: to believe these days
will change more than us but the past too.
Which is blue and without end.
A long drive toward a remembered place.
A secret left on a beach. Underwater
where the voices of summer are tones of speech,
requiring less of the mind. The familiar creaks
in the old floorboards. Glasses left out in the storm.
Our handwritten lists with every illegible worry
and more. The person you think of
despite their cruelty. The sun and its cruelty.
How it’s kept its distance and kept us alive.
Not needing to know anything about what we do
with the rest of desire.

Alex Dimitrov is the author of three books of poems, including the upcoming Love and Other Poems, as well as the chapbook American Boys. His work has been published in The New Yorker, The New York Times, The Paris Review, and Poetry. He was the former senior content editor at the Academy of American Poets, where he edited Poem-A-Day and American Poets. He has taught creative writing at Princeton University, Columbia University, and Barnard College, among other institutions. With Dorothea … 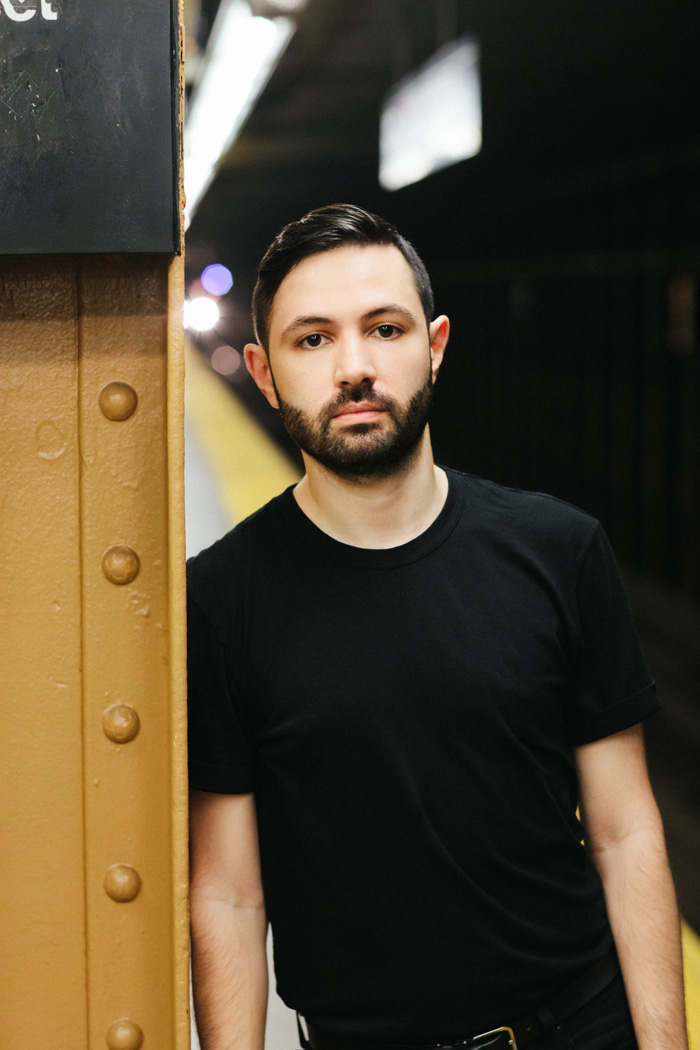 “An epic ode to the people, places and things that strike Dimitrov’s fancy. “Love and Other Poems” is the perfect read for anyone who feels in love with this astonishing world — or needs that love rekindled.” — Columbia Daily Tribune

“A highly pleasurable, heavily Frank O’Hara–influenced collection in love with moments and New York City and the aesthetics of cyclical ephemerality (see “November”: “Is the first snow just snow./It feels like more”), full of exuberance and wistfulness, longing and joy.”—The New York Times

“[Love and Other Poems] practically embodies the phrase ‘breath of fresh air.’… It fizzes like a just-opened bottle of soda. It sprints like the Beatles running through a train station. It talks a mile a minute like a person swept away in the druggy lunacy of a serious crush… Love and Other Poems has felt like a long-awaited remedy.”—The New York Times

“Full of fierce astonishment, Dimitrov’s wide-eyed collection asks us as humans—’Some brutes who screamed / for everything to look at us’—to take a moment and gaze back out at the world. Because “to be queer / is a way to forgive life,’ what we might find there is comfort and pleasure: ‘I love opening a window in a room/ I love the feeling of possibility by the end of the first cup of / coffee.’ Written with the winking intimacy of a Twitter DM, these poems suggest that even aloneness can be a shared experience.” —O, The Oprah Magazine

“If hope were an object, it would be poet Alex Dimitrov’s new book Love and Other Poems... And as the poems travel through time, the poet’s vulnerability and loneliness are palpable enough to, perhaps deliberately, make the reader feel less alone.” —NPR

“Joyous and captivating… Meditations on humanity’s search for meaning are handled with wit and vulnerability… In this affecting collection, his most fully achieved thus far, Dimitrov provides the reader with a needed celebration of pleasures.”—Publishers Weekly, starred review

“Clever, casual, and inviting… This is a book about love, yes, but it is also one of the best recent books about New York City. If you love that city, if you hate that city, if you want to understand that city: read this book.”—The Millions

“Love and Other Poems offers a perfect antidote to our fraught times with its hungry embrace of life.”—Library Journal

“…Dimitrov writes poems shaped by a cosmopolitan air of hip self-awareness. His third collection delivers candid snapshots of life for a gay thirtysomething in his city: good long cries in Washington Park, quick trips to the corner bodega to buy blueberries and cigarettes, writing poems in a cab at 3:00 am.”—Booklist

“Here in his third volume Dimitrov comes across as an unabashed romantic. The book revives the persona of the downtown flâneur — it’s full of nods to New York landmarks — and reading it feels like wandering around the pre-pandemic metropolis we ache to get back to.”—The New York Times

“This is a collection of romantic and dramatic poetry and lovely moments that can be opened and read at any time of the night or day. Rich, layered, and meaningful, every poem is a moment of reflection that’s worth having.” —BizNews

O, The Oprah Magazine‘s “32 LGBTQ Books That Will Change the Literary Landscape in 2021”

The New York Times, “10 New Books We Recommend This Week”