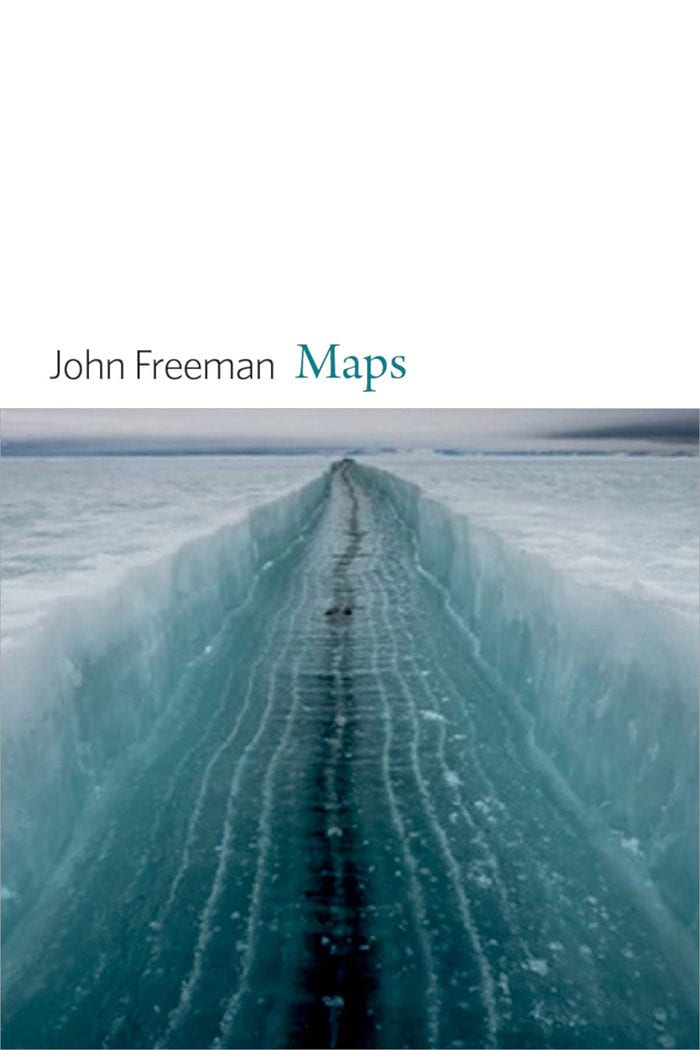 John Freeman’s first poetry collection charts the impact of place on human experience. In Beirut, Rio de Janeiro, Paris, Rome, and the foothills of a childhood hometown, Freeman navigates legacies of ruin and construction, illness and memory. Warm, mournful, and distinctly urban, Maps offers a compassionate perspective from the experience of one American embroiled in empire.

Three rooms, site unseen, rented from a nurse and
her husband, the floors filthy, one working burner
on the stove. Every morning I left her behind
in bed, holding me with a fierceness
I did not recognize as desperation, because
both of us were blind, we had invented this,
the parenthesis of a day between love-making,
the meals cooked naked, novels read to each other
aloud, the slow walks to a train station, floating,
holding hands as if one of us might zeppelin
away if untethered, and the pain, a knife through
the chest, at departing for just a few days.
I had six jobs, one for a traffic planning
firm, Tom and I would drive in the dawn hours
to an intersection, lay hose, then count cars
through our hangovers as they rolled to a four-
way stop. Someone, somewhere, would use
this data to widen roads, erect new signs,
trim the summit ash and red oak, so drivers
could reduce their speed in time. Astonishing
to realize there was such a thing as too much
beauty. I was 19, I had another lifetime to
learn this, but all I could do then was stand
near the flame, and marvel at the blisters.

John Freeman is the founder of the literary annual Freeman’s, and an executive editor at Alfred A. Knopf. His books include How To Read a Novelist and Dictionary of the Undoing, as well as a trilogy of anthologies about inequality, including Tales of Two Americas: Stories of Inequality in a Divided Nation, and Tales of Two Planets, which features dispatches from around the world, where the climate crisis has unfolded at crucially different rates. His poetry collections include Maps and The Park. His work has been translated into more … 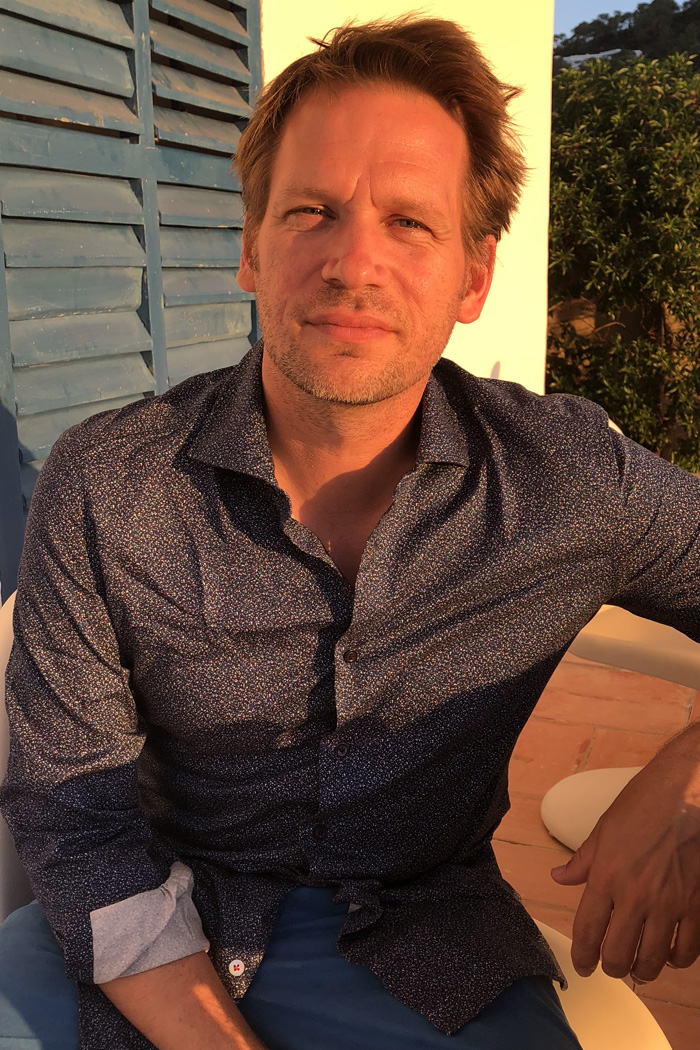 “John [Freeman] delights in and is thoroughly devoted to writing and to books. He is my kind of person.” ―Louise Erdrich

“At the intersection of art and heart, this magnificent sheaf of voyages leads us through the difficult and picturesque atlas of a life… This is an enduring and rapturous account of a life’s journey to plumb the depths of the known in order to reveal the hidden and unknown.” —­D.A. Powell

“What is mapped here, in John Freeman’s exquisite and robust poetry debut, are the territories of loss, pain, violence, and reckoning that make up a life. And also those of love, remembrance, and unabashed passion that make that same life livable. Maps is a consolation and a delight.” —­Tracy K. Smith

“John Freeman’s astonishing book of poems shows us first an America that could once and sometimes still be experienced in a vacuum, removed from the brutal struggles that are the daily life of much of the world. Then he takes us into that world, where human tenderness is martyred and buried, day after day. In Freeman’s hands the most minimal scenes, the smallest gestures, record our persistence and fragility. Disconsolate, loving, burdened by memory, undeceived but somehow still doggedly hopeful, these poems help us to see a world we’re just beginning to map.” —­Mark Doty

“Maps is an intimate cartography departing from mourning. John Freeman—literary critic, editor, writer, and poet—starts from his mother’s illness and death and goes on a personal route, both real and imaginary.” —Público