Now Do You Know Where You Are 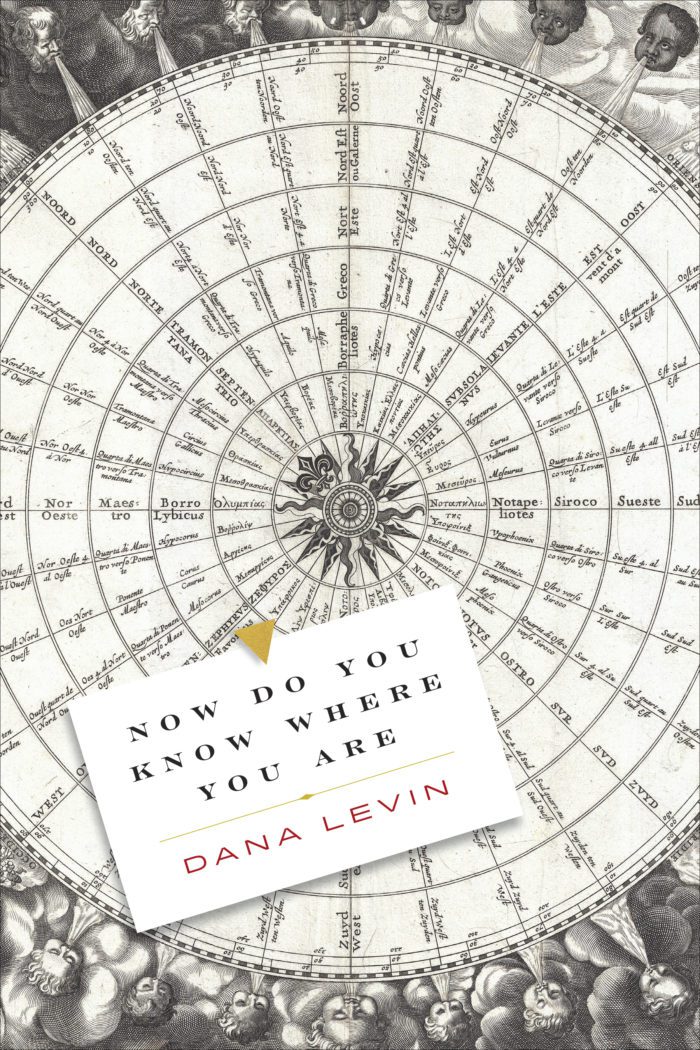 Dana Levin’s fifth collection is a brave and perceptive companion, walking with the reader through the disorientations of personal and collective transformation. Written between 2016 and 2020, Now Do You Know Where You Are investigates how great change calls the soul out “to be a messenger—to record whatever wanted to stream through.” Levin works in a variety of forms, calling on beloveds and ancestors, great thinkers and religions—convened by her own spun-of-light wisdom and intellectual hospitality. Balancing clear-eyed forensics of the past with vatic knowledge of the future, Levin writes: “So many bodies a soul has to press through: personal, familial, regional, national, global, planetary, cosmic— // ‘Now do you know where you are?’”

How to Hold the Heavy Weight of Now

She said, “You just made this gesture with your body—” and
opened her arms as if she could barely fit them around an
enormous ball—

slowly closing the space between my arms, fingertips converging
until they touched—

I watched my hands turn together, align pinkie-side to pinkie-side,
I watched

my palms open, pushing gently forward, leading my body forward,
I watched them

let a bird go, I watched my hands
make

Dana Levin is the author of four collections of poetry, most recently Banana Palace (2016). Her first book, In the Surgical Theatre, was chosen by Louise Glück for the 1999 APR/Honickman First Book Prize and went on to receive numerous honors, including the 2003 PEN/Osterweil Award. Copper Canyon Press brought out her second book, Wedding Day, in 2005, and in 2011 Sky Burial, which The New Yorker called “utterly her own and utterly riveting.” Sky Burial was noted for 2011 … 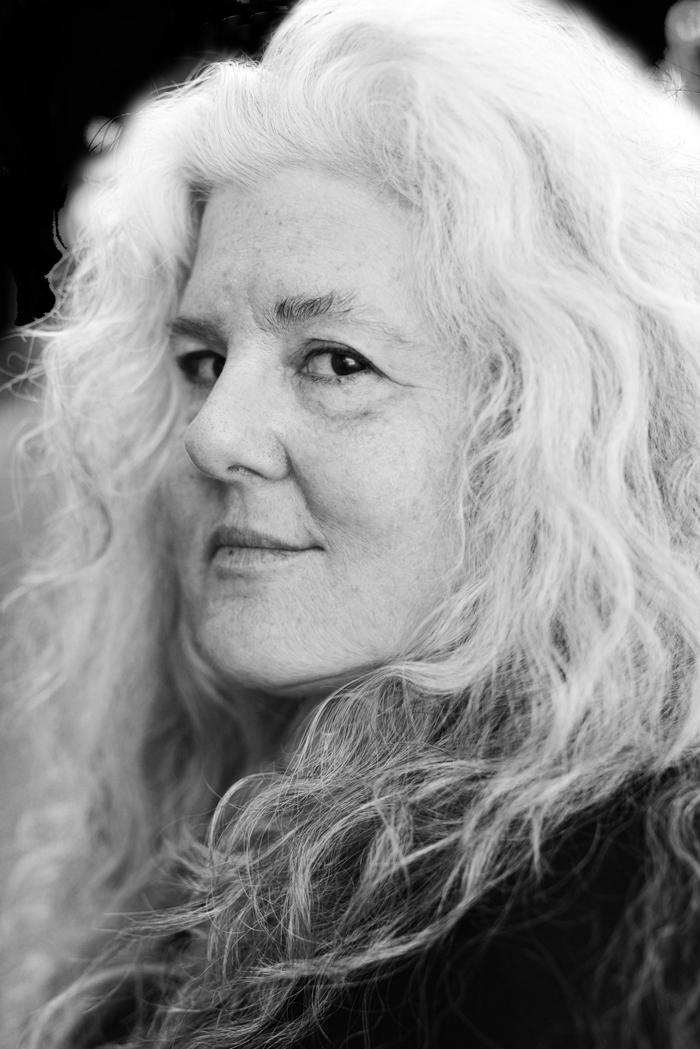 “She highlights the sacrosanct importance of connection with others and the world, how fragile each of us is individually and how dependent we are on each other to find our place in the world and society. Addressing Wright as “Spirit I only met once,” Levin leaves us with this thought: that our lives are inextricable from one another, whether we meet in passing, only once, or not at all.” —Los Angeles Review of Books

“Written between the dawn and dusk of the Trump presidency, Levin’s luminous latest reckons with the disorientation of contemporary America. . . . Through the fog of doubt, Levin summons ferocious intellect and musters hard-won clairvoyance. From telling the story of her own birth, to her sessions with an osteopath who calls himself an ‘Incarnation Specialist,’ to grief over putting down a beloved cat, to her reflections on the history of the world . . . she writes with profound self-awareness, spinning experience into meditations on how to exist. The answer is uncertain, but this terrific book will ground readers in the art of questioning, even as the ground quakes.” —Publishers Weekly, starred review

“Dana Levin channels the collective pandemic subconscious and Trump-era bewilderment in these jagged, jumpy poems that ponder ‘the question / of whether this world, which I prefer to think of in the past / tense, will flourish.’ She’s good company during the days’ dark hours but holds out hope that we may yet save ourselves if only we can communicate and ‘change goes viral.’” —NPR’s “Best Books of 2022”

“Reading a Dana Levin poem is a bit like spelunking into a cave of golden light in which there is a reverse disco ball that turns in synch to the beat of your heart.” —Kenyon Review

“Without letting us off the hook for the damage we do to each other and the world around us, Levin is able to look at the world we make with astonishment and awe, insistent on remaining alert to beauty.” —The Rumpus

“This book [has] the air of a dark, forbidden compendium, a handbook for occult practice. But the only practice it actually puts its faith in is poetry itself, which these exotic processes symbolize—and which, turn by turn and image by image, slowly hammers feeling into form.” —The New Yorker

“For several decades, Levin’s poetry has been as consistent as it has been important in American letters. Her fifth collection carries the emotional and lyrical torch of its predecessors, and while there are poems that illuminate aspects of the effects of the pandemic, this is by no means a collection that’s simply a reaction to it. Rather, it is an extension of the thoughts and feelings when one becomes increasingly aware, skeptical, and accepting of the dangers present in plain sight.” —The Adroit Journal

“The book weaves in and out of prose, and it’s no wonder that the haibun is the generative form in these pages. A form invented by Basho so that he could move from the prose of his travelogues to the quick intensities of haiku, back and forth. Emily Dickinson does the same thing in her letters. And because this is a poet of the western United States—born outside of Los Angeles and raised in the Mojave, then two decades in Santa Fe, now in middle America, St. Louis—maybe it’s right to think of her work in terms of storm clouds: if the prose is an anvil cloud, the flash of poetry at the end is lightning.” —McSweeney’s

“…her confident yet searching point of view compels. Combined with her attention to matters of sound and craft, the poems in Now make memorable music.” — The Brooklyn Rail

“Frank and gorgeously crafted poems . . . a poet ever aware of the split between the bag of meat and the animating spirit.” —Harriet Books, Poetry Foundation

“Now Do You Know Where You Are is a book about many things — Donald Trump, climate grief, the Covid pandemic, the death of a cat — but it’s also the diary of a poet’s painful passage from not writing to writing again. Levin freely shares the self-doubts, false starts and dead ends of her return to poetry in this unguarded literary experiment. If this sounds emotionally risky and artistically gutsy, it is.” —New York Times Editor’s Choice

“Investigating a broad emotional, political, and literary landscape, from climate devastation to the global pandemic, Trump’s tweets to Google’s memory, Levin calls on beloveds and ancestors, great thinkers and religions to piece together a map of existence.” —Poets & Writers

“Her sly poems interrogate the most profound questions of human life while staying rooted to the concrete language of ordinary experience. . . . The last poem, ‘Now Do You Know Where You Are,’ begins, ‘It is another way of saying WAKE UP.’ That’s exactly the effect this collection will exercise on readers.”—Washington Post

“Levin has written a book of adjustments—one that nearly resembles a sort of Delphic handbook on the transformation of self-concept. The speakers’ idea of self, whether viewed by the private “I,” the public “friend,” or the cosmic “god,” is being worked out on every page and with every poem. . . . Through these adjustments, and the speakers’ remarkable honesty about them, Levin has shared how the magic of self-criticism (when used properly—handle with care!) and self-reflection can transform your life in millions of tiny but crucial ways.”—New York Journal of Books

“Levin is one of my favorite contemporary poets, and her new book is one of her best — a complex portrait of what it’s like to live in contemporary America, which I feel I will be learning from for years to come.”—The Week

“Time doesn’t merely pass but replicates itself—these poems simulate how, exactly, the poet struggles with and through her intermittent silence. . . The poet makes progress, and this slow return gives everyone—poet and reader—the time to think about sudden change; to feel and articulate ‘how some things you are happy to see again / when you return, // like the sea’; to return by any means necessary to the impossible beginning.”—Ploughshares