Home > Books > Of This World: New and Selected Poems by Joseph Stroud

Of This World: New and Selected Poems 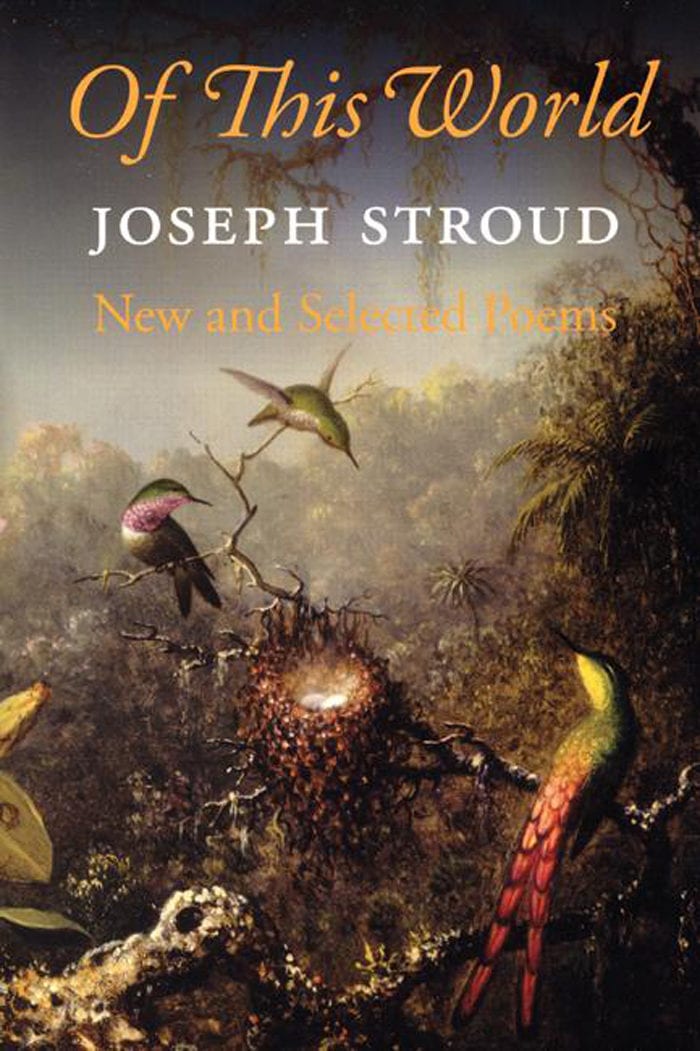 Joseph Stroud knows the value of taking one’s proper time to write poems. Across a forty-year writing career, he has published four books—yet each has made a profound impact, earning critical praise and growing admiration among poets and other readers. Of This World includes the best from Stroud’s previous volumes as well as a potent selection of new poems and translations.

Varied in subject and form, Strouds poems include six-line lyrics, narrative prose poems, odes, homages, sustained contemplations, suites, and brief, epigrammatic offerings. Whether writing in the imagined voice of an Italian Renaissance painter or recounting travels to the interiors of faraway places, Stroud articulates a reverential attention to the world. Informed by the qualities of clarity and compassion, and inspired by writers as diverse as Li Po and Pablo Neruda, Stroud’s abundant revelations are located far beyond the self.

This Ox, This Body

Joseph Stroud is the author of six books of poetry, among them Of This World: New and Selected Poems, which was named by SFSU’s Poetry Center as the outstanding book by an American poet in 2010. It was also a finalist for the PEN America Literary Award, the Commonwealth California Book of the Year, and the Northern California Book Award. His other awards include a Pushcart Prize, the Witter Bynner Fellowship in Poetry from the Library of Congress, the Award … 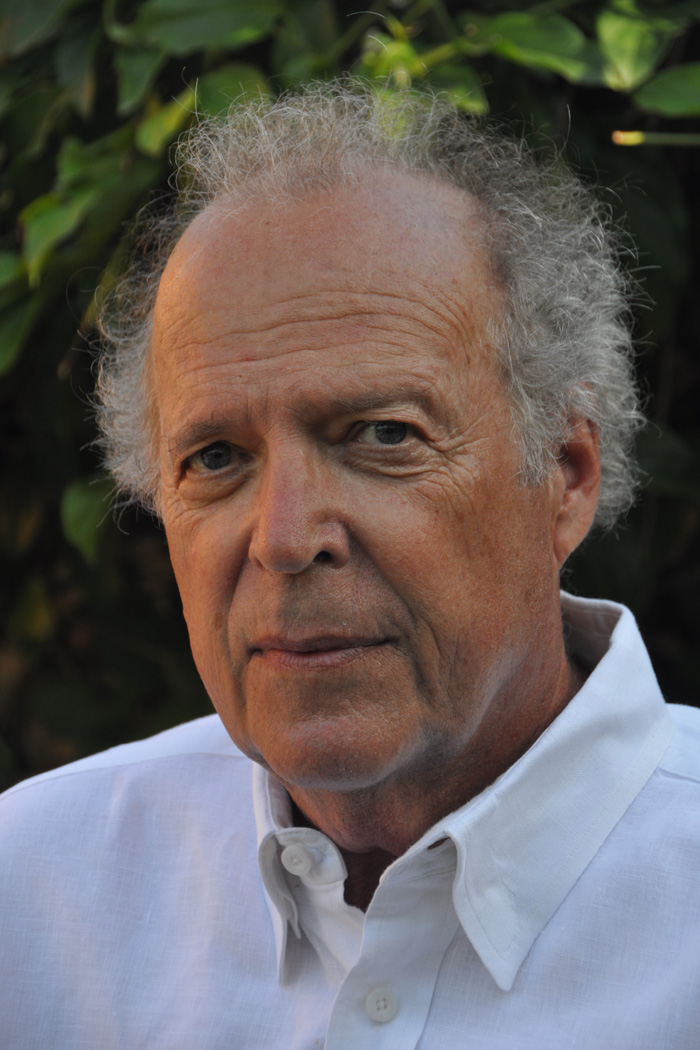 “I must say I was dumbfounded. I don’t recall when a poet unknown to me has struck me so deeply. Like all of the best poets, Stroud makes the earth again consolable.” —Jim Harrison

“One of the finest collections of poems I’ve read in years—intelligent, sensuous, moving, full of human insight.” —Jane Hirshfield

“For the past four decades, Stroud has sifted through the details of daily life, searching for miracles. In his new collection, Of This World: New and Selected Poems, he shows the route he took, moment by moment, to reach this point in his career… An extraordinary volume full of everyday glories and griefs, Of This World shines with the hard work of a lifetime.” —Santa Cruz Sentinel

“In just four books since the 1960s, the calm, California-based writer—whose works also describe his travels in Vietnam, Laos, India and even the Solomon Islands—has gathered devotees to his pellucid free verse with its unpretentious, unbuttoned feel and its Buddhist overtones.” —Publishers Weekly

“Reading Joseph Stroud’s Of This World: New and Selected Poems, two words come to mind, namely ‘breadth’ and ‘breath.’ ‘Breadth’ because of his unerring command of odes, prose poems, sestets, etc…. And ‘breath’ because of each poem’s sure-footed movement… Make no mistake, however, these are not sleepy meditations that go up in incense smoke, but fleshy encounters, sensuous reveries, poems that are as much throbbing taproots as they are like that imaginary wingless bird that never lands, or, in other words, poems that flock as much as they flow.” —Bookslut

“… it is the great dynamic of Stroud’s lifetime of poetry, gathered in Of This World, a beautiful, elegant volume destined to be one of the literary highlights of the year… Throughout, Stroud shows himself the master of form, whether vivid, six-line lyrics influenced by ancient Chinese poets or prose poems about the Italian painter Giotto… Like a contemporary Li Po, Stroud moves quietly, reverently across the earth. In his wake, he leaves short, imagistic poems that yield unlikely but deeply satisfying epiphanies, rising up from—or beyond—the ground of our experience… From whatever angle you approach Of This World, it beckons as a treasure trove of jewels.” —Wichita Eagle

“If one made a list of the most accomplished, least known poets writing today, Joseph Stroud would have to be near the top… Whatever his subject, Stroud’s true subject is always observation and wonder at the world’s luminous presence… For those weary of the smoke and mirrors of linguistic pyrotechnics, Of This World will offer a refreshing reminder of the enduring power of simplicity, sincerity, and plain craft.” —Virginia Quarterly Review

“The diversity of work covering a 40-year career shows a poet who has mastered his art, whether it be in lyric or narrative form.” —Port Townsend Leader

“[Stroud’s] poems speak from around the globe: Venice, London, Santo Domingo, Guatemala, Vietnam, Santa Cruz, Singapore. Stroud enters the minds of painters such as Goya, Brueghel, and Giotto Bondone, and he pays homage to the poets Blake, Milton, Smart, Lorca, Machado, and Jeffers… Many of the poems own a clarity that opens to unexpected emotional depths. One would be tempted to call them Zen poems because all have a quiet at the core, but they also love the surfaces.” —Foreword

“Joseph Stroud is one of the most accomplished American poets writing today, as appealing and durable as any we have… A virtuoso of quietly luminous moments, [Stroud’s] poems and prose poems are attuned to the incandescent, the heartbreaking paradise of this very life.” —San Diego Union-Tribune

“Stroud is a whole poet, of our world. As I read through the 334 pages of his volume, I did not want it to end… He states feeling so naturally and freshly it shocks. The poems shock pleasantly. As an artist and a natural metaphysician, he has earned each one. It is easy to affirm that Joseph Stroud is a major poet whose poems should be treasured as we treasure the light.” —Willis Barnstone