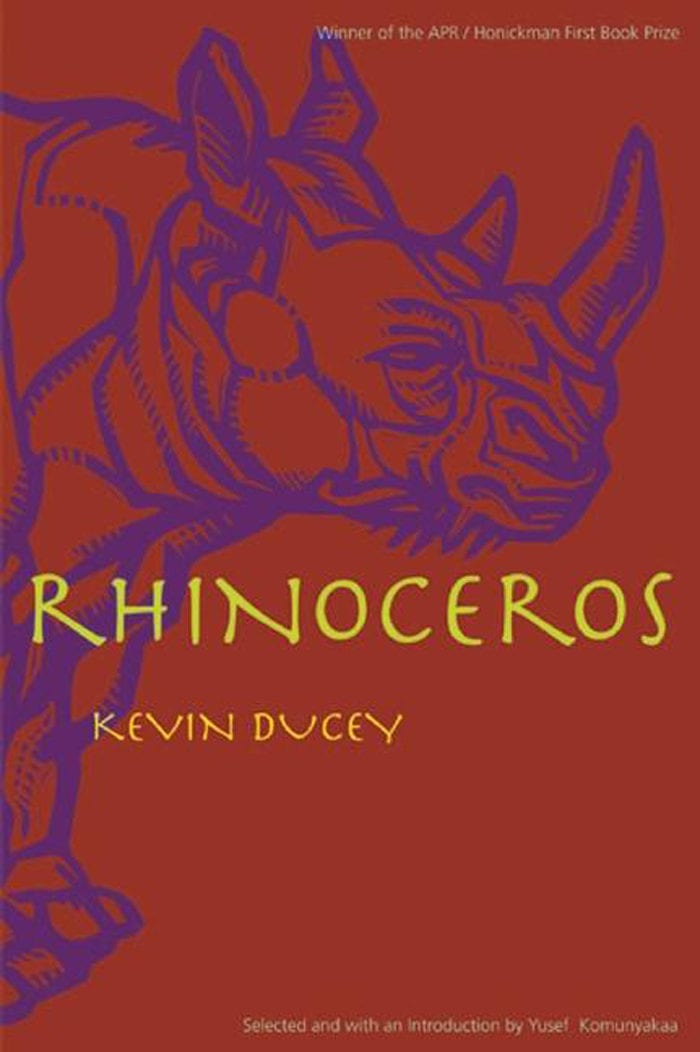 In this 2004 winner of the APR/Honickman First Book Prize, Kevin Ducey riffs on history, mythology, desire, sex, and food. We have lunch with Hawking and Disney before stopping in to see how Robert Browning’s recording session with Thomas Edison is getting on. They hate each other. These are poetic investigations of the human impulses of comedy and tragedy.

Far off in a field once

I chanced to see my hand
bathing in a pond.
I think it was my hand—
it had its front turned toward me.
I was astonished
to see the small, naked thing there.
So vulnerable to the world,
the hand, bathing itself,
shivered once in the autumn air.

Kevin Ducey’s work has been published in River City Poetry, The Malahat Review, The Elixir Magazine, and Crab Orchard Review. He currently teaches creative writing at the University of Notre Dame and lives in Indiana. Rhinoceros was selected by Yusef Komunyakaa as the winner of the APR/Honickman First Book Prize. 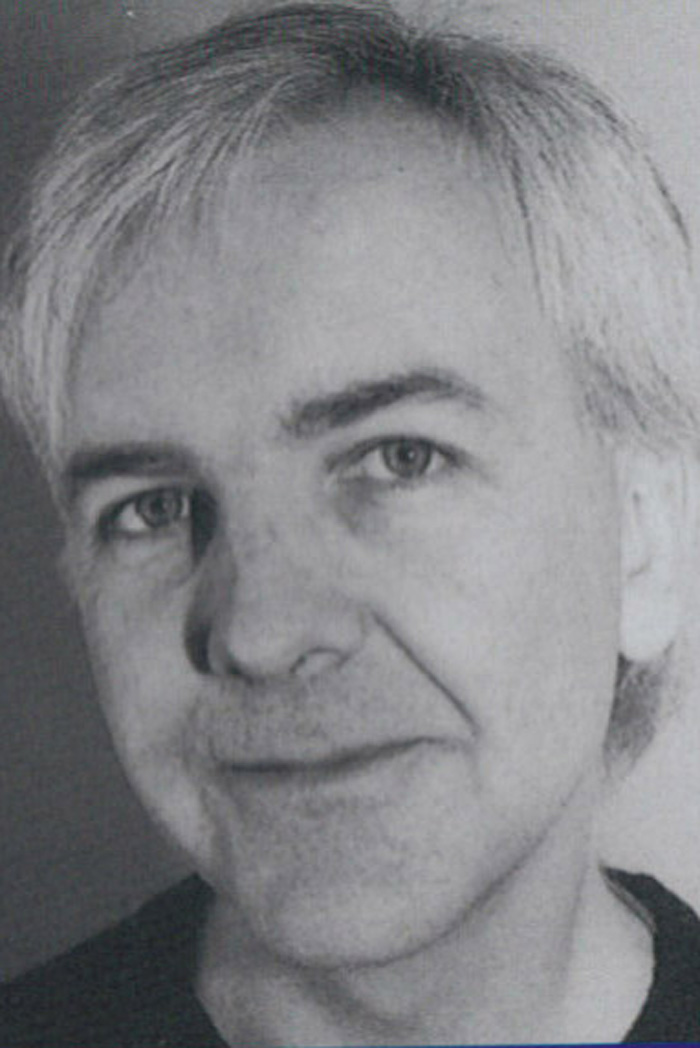 “Kevin Ducey is curious about everything—rhinoceroses (obviously), Stephen Hawking, Hummers, the way his own hand becomes an alien when he puts it under water—and he pursues his investigations with wry discernment and language-play, lush unto drunkenness. Rhinoceros charges with great force but also great playfulness; it is an awesome and delightful debut.” —Joel Brouwer

“Like the tight rope walker over Niagara Falls who pauses halfway to light his stove and scramble an egg, Ducey lyrics his satiric way through history, juxtaposing revered heroic myths against our present Empire. It’s the Coliseum all over again, Fellow Americans—gladiators, Christians, lions—with signature updates. Read and be amazed at these poems… I salute Kevin Ducey’s lyric gift, his facility with tone, inflection, color, cadence, his deftly parodic voice.” —Marilyn Krysl