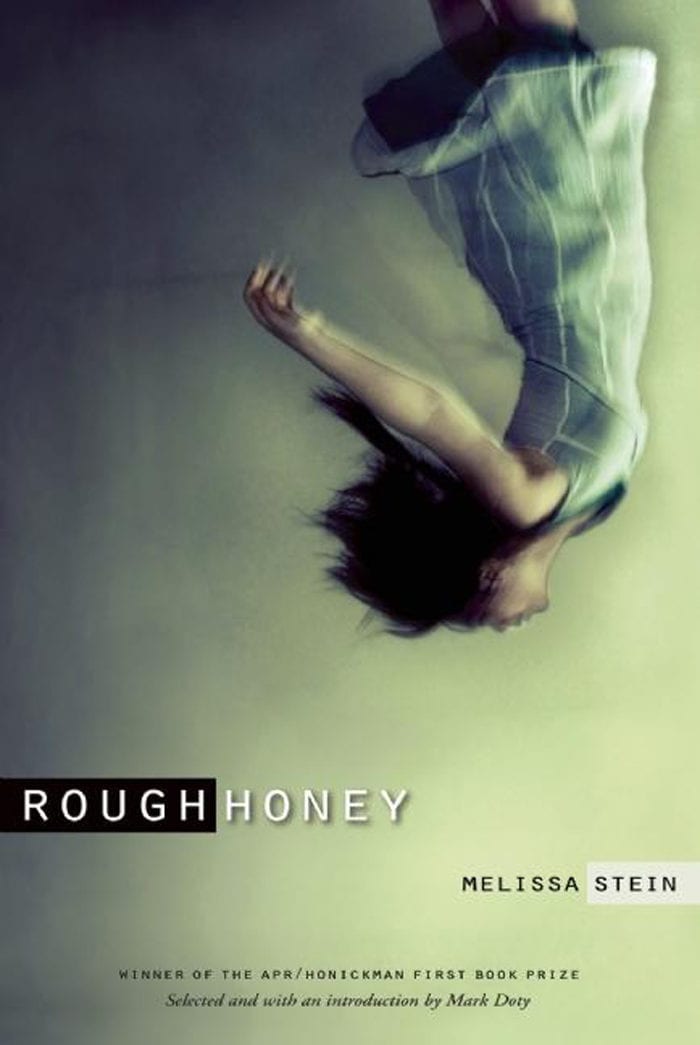 Selected by Mark Doty for the APR/Honickman First Book Prize, Melissa Stein’s debut Rough Honey is a startling, sensuous collection that examines the deep sources of art. These poems speak of fragility and power, the contradictions of pleasure, and the bruises we bear. With remarkable range, they carry us from a whitewater rafting calamity to the “torrents of wheat” on a family farm; from a peep show’s “manageable storm of boredom and sex” to a passionate fall from grace in an orchard. By turns buoyant and forlorn, Rough Honey‘s characters long for and abandon the hope of true connection, of home.

The lanes are littered with the bodies of bees.
A torrent took them, swarming in branches
just as the white buds loosened their hearts
of pale yellow powder. Each body is a lover:
the one with skin blank as pages; the one
so moved by the pulse ticking in your throat;
the one who took your lips in his teeth
and wouldn’t let go; the one who turned
from you and lay there like a carcass. If we were
made to be whole, we wouldn’t be so lost
to each offering of tenderness and a story.
Therefore our greatest longing is our home.
There is always the one bee that circles and circles,
twitching its sodden wings.

Melissa Stein is the author of the poetry collections Terrible blooms (Copper Canyon Press, 2018) and Rough Honey, winner of the 2010 APR/Honickman First Book Prize, selected by Mark Doty and published by The American Poetry Review in association with Copper Canyon Press. Her work has appeared in Ploughshares, Tin House, Harvard Review, New England Review, The American Poetry Review, Best New Poets, The Southern Review, and others. She has received fellowships from the National Endowment for the Arts, the … 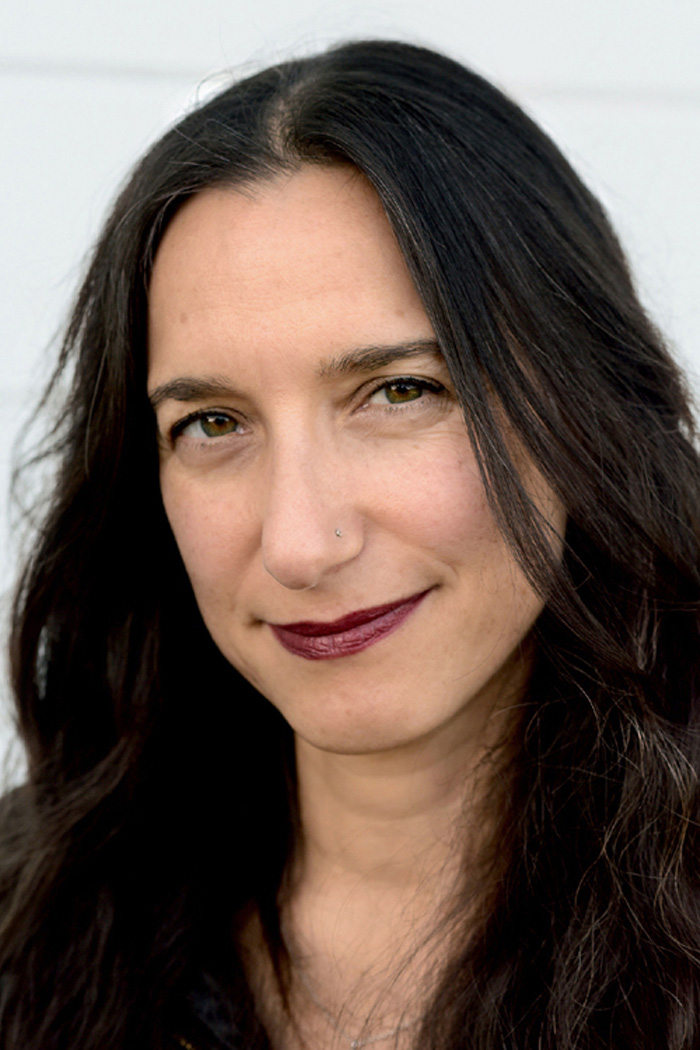 “Openness—of form, and of the receptive and longing body—is Rough Honey‘s central subject, and its oxymoronic title suggests the sweet and fierce character of desire, that compelling and dangerous sustenance… Stein’s poems are lit by a restless and flashing verbal intelligence… Her sentences are beautifully choreographed; they start and stop the motion of her poems with a nearly invisible, effortless authority.” —Mark Doty, from the Introduction

“So many of the striking (and bee-haunted) images in Melissa Stein’s fine first book, Rough Honey, ultimately reflect on the honey of words wrought by poets in their work: ‘the taste of your tongue / in your mouth is the only poem’ and ‘Pardon the bee who drowns in her own honey’… Here Ms. Stein reminds us that there is no honey—rough, or otherwise—without the sting.” —New York Times

“Rough Honey is a miracle of a first collection. Melissa Stein’s sensuous articulation of the world from the inside out puts her poems into a kind of freefall—back into a pulsing, primal language. Her electric apprehensions throb with this nearly preverbal knowing. They are rough as a hound’s tongue; they are honey itself. Above all they define and redefine the lyric poem, giving it myriad protean identities. Stein is a new poet of the first order.” —Molly Peacock

“In this piercing debut collection, in language that is seductively alert and textured enough to evoke rarely contemplated worlds, Melissa Stein appraises splendor and terror with a lyricism that feels dangerous and original. Such a passionate vision deserves our attention. I am thrilled to see through her eyes.” —Major Jackson

“Melissa Stein writes with the intoxicating energy of one of those ancient priestesses called Melissae and yet her art is as carefully honed as that of the craftworkers who carved the goddesses’ altars. Sweet with language, tough with skill, Rough Honey is a stunning poetic debut.” —Sandra Gilbert

“Early in her fine first book, Melissa Stein demonstrates her linguistic verve, her ability to compress and enliven language so that we’re compelled to pay attention. But what I especially admire is this: as the poems become more expansive in both form and content, they do so without losing their high-level sensuous energy.” —Stephen Dunn