Home > Books > So Much Synth by Brenda Shaughnessy 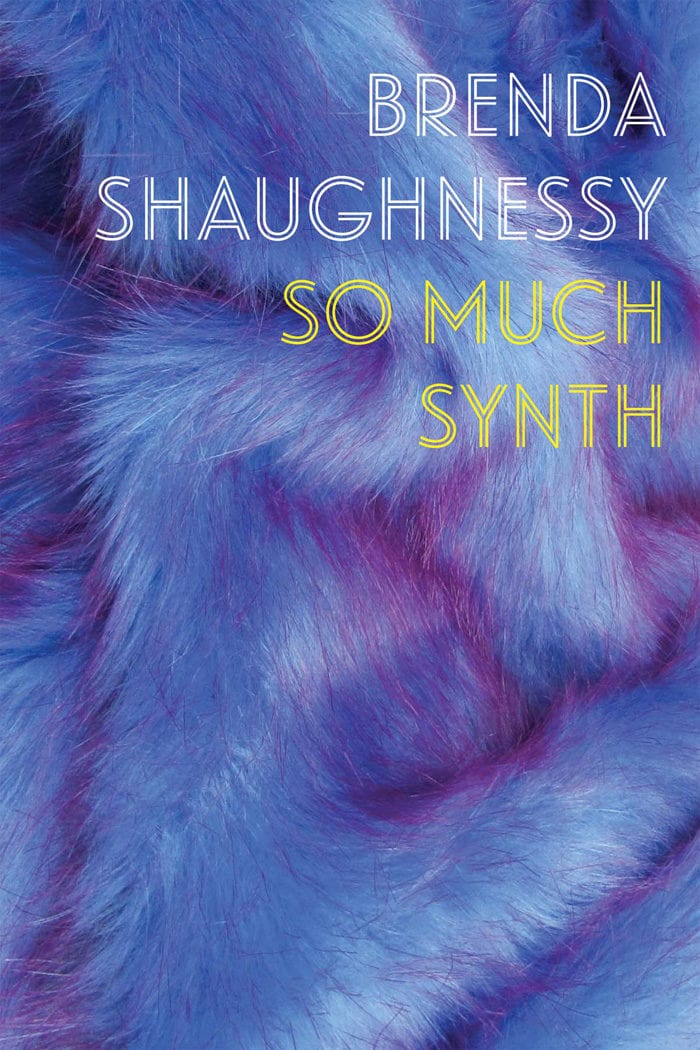 Subversions of idiom and cliché punctuate Shaughnessy’s fourth collection, which revisits the romances, isolation, and music of adolescence. Brave and ferocious, So Much Synth is composed of equal parts femininity, pain, pleasure, critique, and synthesizer. Shaughnessy tenderly winces at her youthful excesses, nurturing humility, while documenting one woman’s evolution toward mature life as lover, mother, and intellect. With So Much Synth, Brenda Shaughnessy has arrived as a major voice in American literature.

A Mixtape: “Don’t You (Forget About Me)”

Think of the tender things that we were working on.
Simple Minds

Such a delicious pain in the ass to make,
on a double deck if you were lucky,

index hit PLAY/RECORD, taking all
afternoon or many. Mistakes, thinking

any other way. It was always
“I love you,” didn’t you know?

An exquisitely direct and sweet
misunderstanding. We weren’t

fluent yet but we lived in its nation,
tense and sweaty for an anthem.

Receiving a mix tape could be major,
depending on from whom; giving one

to someone in public was a dilemma.
You had to practice. Would you say,

nonchalantly, “Oh, here, I made you
a mix tape?” By the lockers? In class?

Ugh! But giving it over in private
could be worse, especially arranging it.

You never picked the best song off
the album, definitely not the hit single.

The deeper the cut the deeper buried
your feelings for that person. You didn’t

know? Not all lovesongs, though—
that would make you seem obsessed,

boring. They should know you’re fun
and also funny and dark-hearted

and, importantly, unpredictable.
A “Blasphemous Rumours” for every

‘70s funk, some Stevie Wonder, like you’ve
got background you don’t really have.

As it records, you have to listen to each
song in its entirety, and in this way

you hear your favorite song with the ears
of your intended, as they hear it, new.

This was the best feeling of your young
life. Then the cold chill of suddenly hearing

about you, girl, that makes me sweat).
The only thing worse was the tape

running out a full minute before the end
of “There Is a Light That Never Goes Out.”

You never got it right, not even once.
That was part of the mix tape’s charm,

to your dismay. Did it ever win you
love? You never fell for anyone

else’s mix either. Sometimes cool,
mostly was just someone else’s

music in a case dense with tiny
handwriting to get all those titles in.

So much desire in those squeezed-in
letters. Not “Love me!” so much as

“Listen to me! Listen to me always!”
So that’s really it, right? Maybe

you thought someday you’d make
a mix tape that your splendid friend,

your lucky star, your seventh stranger,
would take a pen to, punching in

the little plastic tabs which meant,
as you well know, it could never be

taped over again. They’d never use
your mix tape to make another mix tape

to give away, or to copy a friend’s album
they didn’t like enough to buy, joining all

the okay tapes in caddies stacked up a wall
or thrown in the backseat of the Datsun,

then in moving boxes, stored in parents’
garages, five for a buck at a yard sale,

buried in landfill, or, saddest of all,
discarded on the street, purple script

still aswirl on the white label FOR YOU—
JUST BECUZ. Shiny brown ribbon

tangled, strangled, never again to play
out what had to be said just that way.

Brenda Shaughnessy was born in Okinawa, Japan and grew up in Southern California. She is the author of Our Andromeda (Copper Canyon Press, 2012); Human Dark with Sugar (Copper Canyon Press, 2008), winner of the James Laughlin Award and finalist for the National Book Critics Circle Award; and Interior with Sudden Joy (FSG, 1999). Shaughnessy’s poems have appeared in The Best American Poetry, Harper’s, The Nation, The Rumpus, The New Yorker, and The Paris Review. She is an assistant professor … 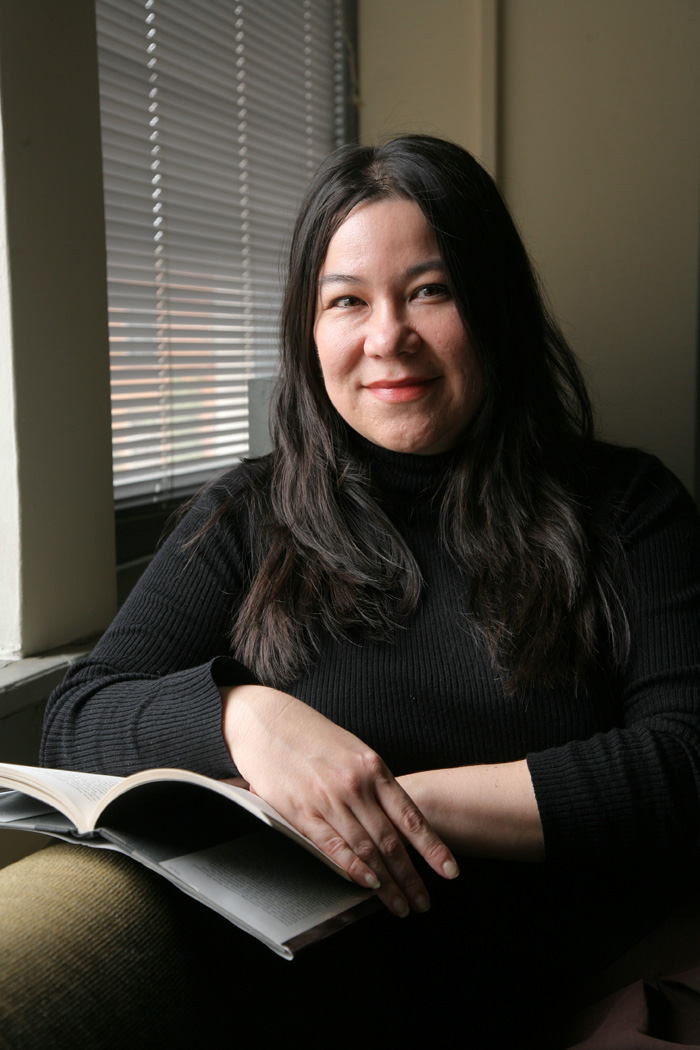 “The resonance of Shaughnessy’s poems is that of someone speaking out of an ecstasy and into an ecstasy, momentarily pausing to let us in on the fun, the pain.” —Richard Howard, Boston Review