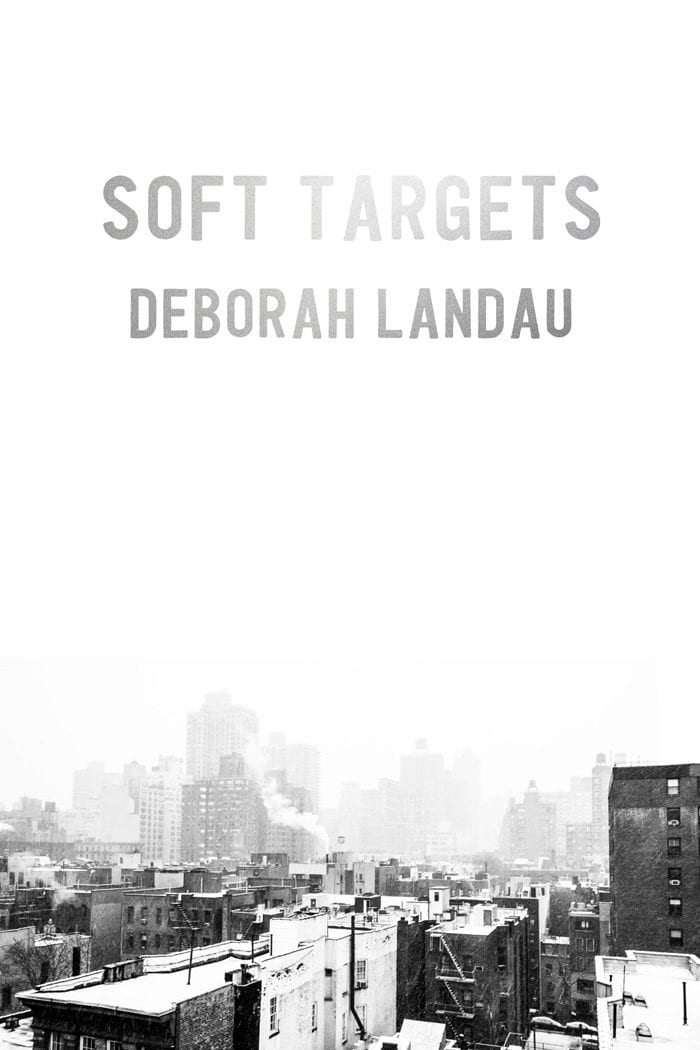 Deborah Landau’s Soft Targets registers the body’s vulnerability in a time of global crisis, deepening the themes of her acclaimed third book, The Uses of the Body. The fear of annihilation expands beyond the self in this ambitious lyric sequence to an imperiled planet on which all inhabitants are “soft targets.” In a world beset by political tumult, random violence, terror attacks, and climate change, what becomes of the quiet expressions of love between friends and family? As neo-Nazis march in the twenty-first century, the poet recalls her grandmother’s flight from Nazi Germany in 1938. “Much trouble at hand, yet the lilies still,” Landau writes, confounded by the simultaneity of pleasure and pain, comfort and suffering—the clash of Eros and Thanatos. “Now bring me a souvenir from the desecrated city, something tender, something that might bloom.” These are vital poems for our present moment.

O you who want to slaughter us, we’ll be dead soon

enough what’s the rush. This our only world.

Eros, eros, in Paris we stayed all night in a seraphic cocktail haze

despite the blacked out theater, the shuttered panes

tonight we’re the most tender of soft targets,

reclining by the river pulpy with alcohol and all a-sloth

Monsieur can we get a few more? There are unmistakable signs

of trouble, but we have days and days still

we are animal hungry down to our delicate bones

let me dwell on you awhile.

Deborah Landau is the author of Soft Targets, winner of The Believer Book Award in Poetry; The Uses of the Body; The Last Usable Hour; and Orchidelirium, which was selected by Naomi Shihab Nye for the Anhinga-Robert Dana Prize for Poetry. In 2016 she was awarded a Guggenheim Fellowship. The Uses of the Body was featured on NPR’s All Things Considered, and included on “Best of 2015″ lists by The New Yorker, Vogue, BuzzFeed, and O, The Oprah Magazine. A Spanish … 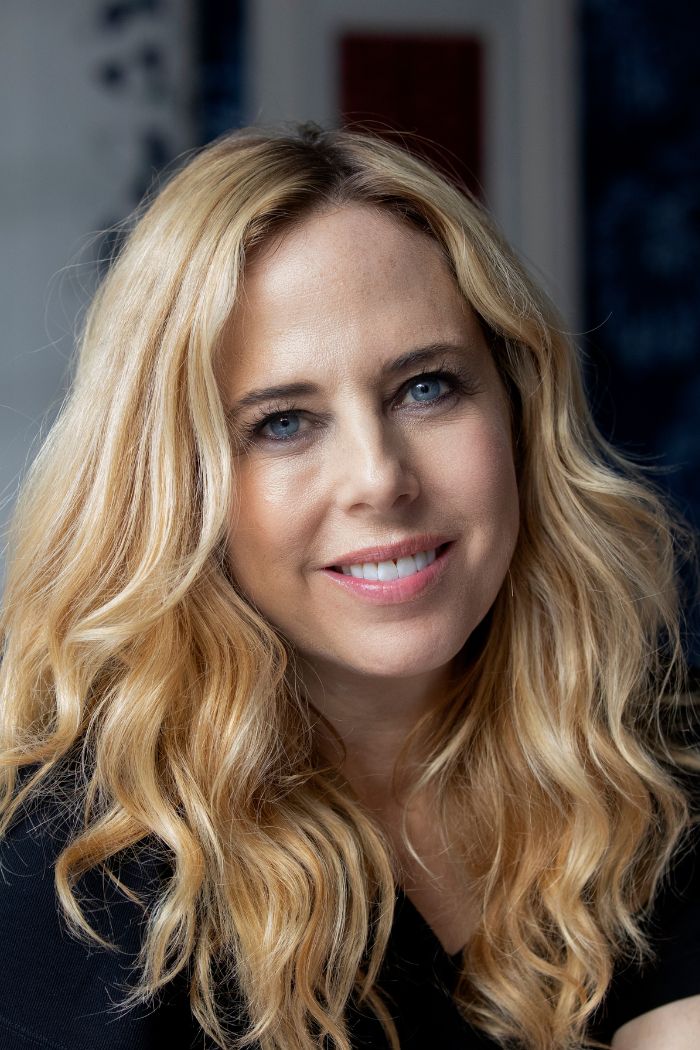 “Through the cadence of these poems, which sometimes resemble lullabies in their dreaminess and gorgeous lyricism, Landau captures the ways humans persist, despite our collective anxiety, in our longing for ‘something tender, something that might bloom.’” —Publishers Weekly, starred review

“An essential meditation for our era.” —Nylon

“Terse and yet lyrical, floating in white space on the page like stark, intimate thoughts, Soft Targets is a riveting example of how we cannot take the body out of thinking, and we shouldn’t.” —Lit Hub

“Deborah Landau has developed a style of writing poetry that reminds me of Maggie Nelson and Anne Carson, these long poems that feel dreamy because they are so lyrical. This is also her most political book.” —Major Jackson, Boston Globe

“Landau’s [voice] smolders, crackling through the collection with an unwavering intensity… Like fireweed, the poems in Soft Targets emerge from the scorched earth of contemporary life to show us not just how to survive, but how to thrive.” —The Rumpus

“A plea for both the planet as it warms, and the world of the West, which threatens to tear itself apart through violence and “weak and disordered” governments. In the end, Landau adopts an almost Whitman-like singing in the face of her despair.” —AM New York

“[Landau’s] gauzy, meditative lyrics voice the contemporary sense of dislocation and dread intruding even on those with comfortable lives, what she calls ‘the funeral in everything’… Nimble and compelling, [the poems in Soft Targets] render the grimness of our moment without being sunk by it.” —The Antioch Review

“In her latest collection, Deborah Landau writes lush, sensual lyrics to reconcile both the beauty and the unrelenting vulnerability of the body, ‘the soft target.’ The poems trace patterns of violence—global and local, past and present—to convey the constant threat of destruction that looms over so many ‘softs’ in our precarious present. All the while, the poems grapple with what it means to live with pleasure and tenderness amid the shadow of imminent doom.”—The Believer

“It is not an abstract language of rights and duties that [Landau] marshals against the encroachments of tyranny, but a poet’s concern with the joy and unpredictability of human relationships and the endless surprise of the natural world… In the end, what Landau returns to is a sense of the body, which despite being so easily breakable also supplies, in its openness and sensitivity, so much enjoyment in being mortal…”—The North

“This edgy, unsettling work is an extended reflection on vulnerability, ways in which we try to ignore it and find refuge from it… This is an immensely powerful work, best read straight through. The cumulative effect of its imagery, its lyricism, and cadences is quite startling.”—The School Librarian

“Landau’s intense lyric sequence explores this sense of corporeal disempowerment, anxiety and anomie, placing it within its historical and political context by moving us through a range of interlinked scenarios, variations on the theme that we are all soft targets… With this resolve to relish the everyday moment in the face of violence and discord, Soft Targets ends on a note of hard-won, bittersweet optimism; the best we can hope for in these unsettling times.”—Oliver Dixon, The Poetry Review

The Believer Book Award in Poetry, 2019