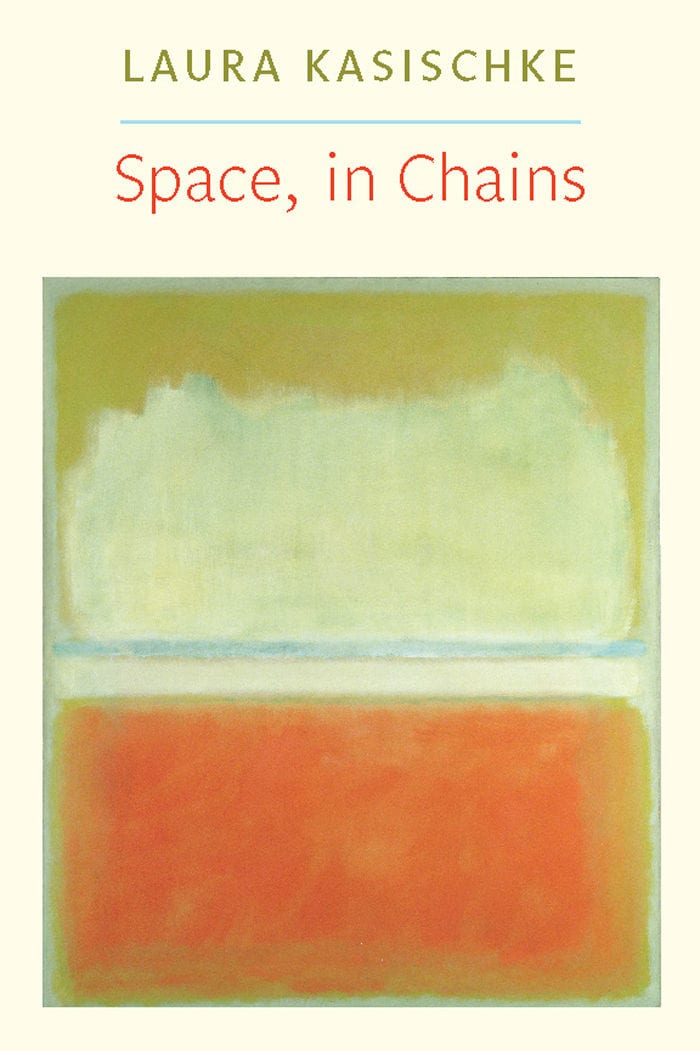 Laura Kasischke’s poems have the same haunting qualities and truth as our most potent memories and dreams. Through ghostly voices, fragmented narratives, overheard conversations, songs, and prayers in language reminiscent of medieval lyrics converted into contemporary idiom, the poems in Space, in Chains create a visceral strangeness true to their own music.

July, that lovely hell, all
velvet dresses and drapes
stuffed into a hot little hole.

July trampled by the sweat and froth
of panicked circus animals.
You think, Romantic
overload. She
exaggerates. Melodrama, menopause, but no:

I was there, where the pale words, like light on a wave.
Where the forgotten ancient music was still played.

The lovers, gone. Their beds unmade. Their
pets in cages. Where the primal. Where the blur.
Where the tamed

bear, the injured bird of prey, maddened nocturnal animals
roaming the streets in the heat of the day.

And that girl there:

The chaplain’s little book of her, slammed
shut, as she
sits on the front stoop
painting her nails.
Sipping lemonade.
Just that age
when the cool, empty vestibules
are still behind you
in which one day
such desperate bargains
and trades will be made.

Laura Kasischke is the author of nine collections of poetry and seven novels. Her work has received many honors, including the Pushcart Prize, the Juniper Prize for Poetry, the Rilke Prize, and the National Book Critics Circle Award. Her long-awaited Where Now: New and Selected Poems was published in 2017. She lives in Chelsea, Michigan, with her son and teaches at the University of Michigan MFA program in Ann Arbor. 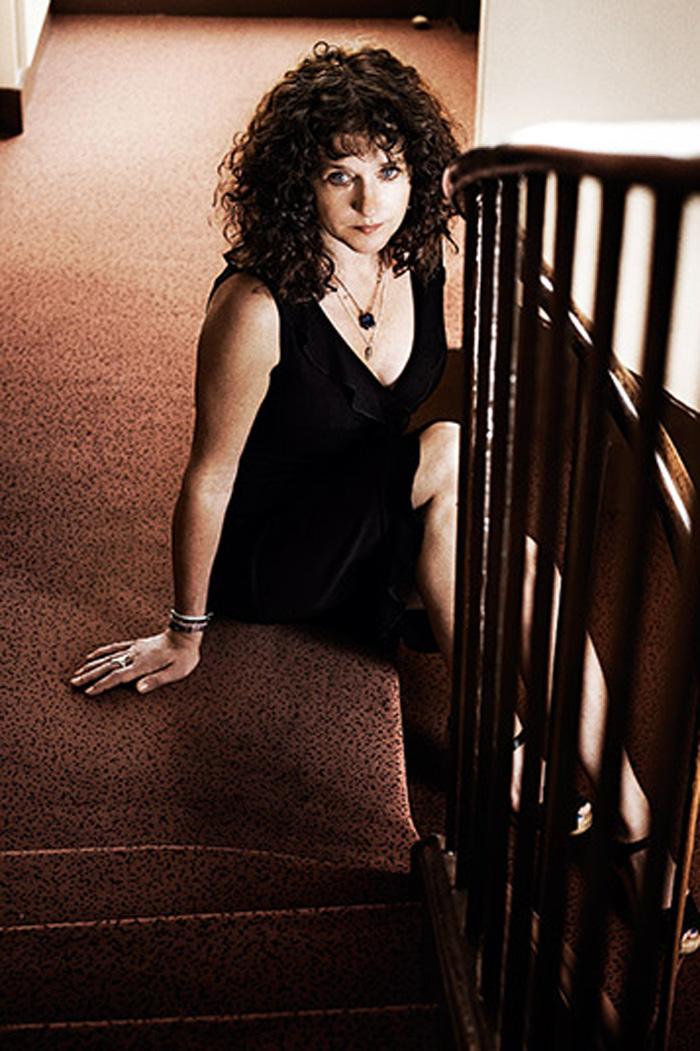 “A formally inventive work that speaks to the horrors and delights of ordinary life in an utterly original way.” —Judges’ citation, National Book Critics Circle Award

“Frightening in its confrontations with death—that of a father and, eventually, of everything—Kasischke’s new work is also ambitiously exhilarating: everything in life and literature, it seems, could come before her eye, could end up in a poem.” —Publishers Weekly, starred review

“No poet has tried so hard to cut through suburban American illusion while respecting the lives, young and old, that it nurtures or saves. No poet has joined the chasm of ontological despair to the pathos of household frustration so well as Kasischke at her best, and she is—though eerie, though willing to let threads dangle, though looser in the poems’ weave than she has been—at her best often with Space, in Chains.” —New York Times Book Review

“Kasischke keeps a watchful eye on parents and loved ones, as if she wants to protect their days but can’t. Every poem is exquisitely crafted, with crisp, clean lines and imagery that dazzles.” —Washington Post Book World

“Kasischke writes open-formed language poems set in the place where paradox meets mystery. She pursues a stream-of-consciousness style, using rhyme, repetition, and subliminal connections to hook the reader. Often her pieces seem more like paintings than poems; like impressionist works of art, they allow light to shine from various portals, then bring it all together to create a misty composition whose meanings seem to change before the reader’s eyes.” —Library Journal

“The future will not—should not—see us by one poet alone. But if there is any justice in that future, Kasischke is one of the poets it will choose.” —Boston Review