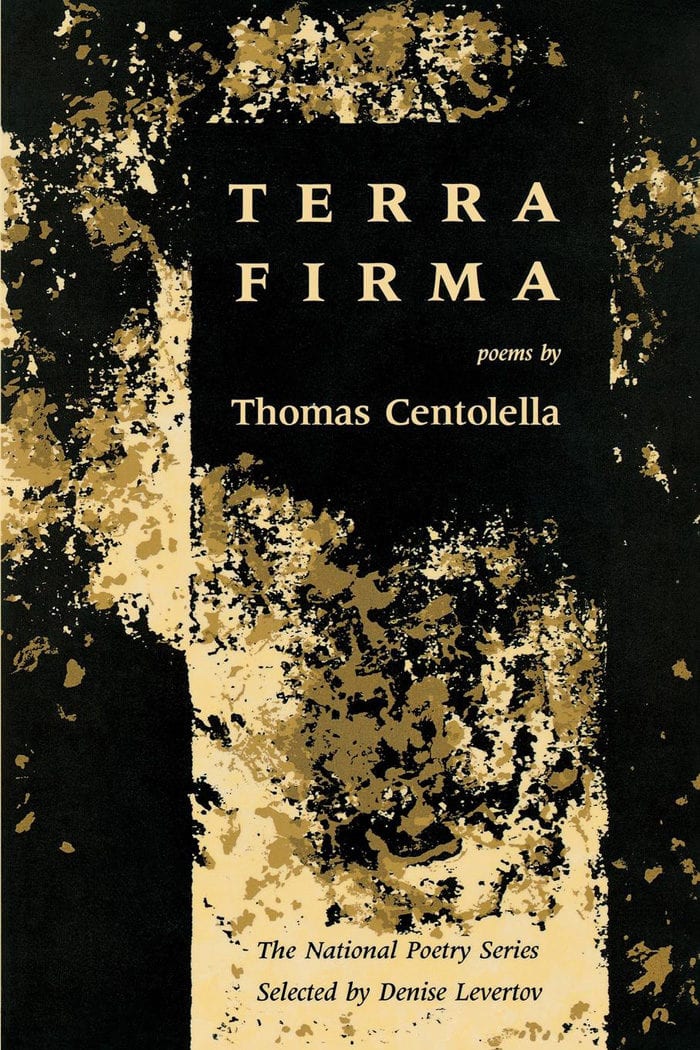 In Terra Firma, Selected by Denise Levertov for the National Poetry Series and winner of the 1991 American Book Award and the Bay Area Book Reviewers’ Award, Thomas Centolella establishes a mature vision, with narratives and meditations that seek a communal condition. In poems spoken intimately, as though to a friend, Centolella balances between the stoical and the sentimental, visiting a “permanent” earth which remains forever temporal in human experience, searching for the sacramental, redemptive experience that binds apparent opposites.

A thought has been rising and falling
in the grayness of the season,
like a freighter in heavy fog,
appearing and disappearing:
How is it we never tire of dreaming
we can be autonomous as the sea?
Or be among the swimmers
holding their own against the undertow?
And the body surfers encourage us,
the way they submit to the powerful flux
and are buoyant, transported
by what could just as easily destroy them.

I keep thinking of that woman in Godard’s
Two Or Three Things I Know About Her.
Real love, she said, leaves us changed afterwards.
What happens after that, she didn’t say.
I remember you were grateful, as so many are
given the chance to move on to something better.
Fog lifting, the tide comes voluptuous as a great love,
and tastes bitter, like what comes after.
Stunning turbulence. Like a brilliant smile
that keeps edging closer, and from which
I edge away.

Thomas Centolella has authored four books of poetry: Terra Firma, Lights & Mysteries, Views from along the Middle Way, and Almost Human. His honors include the American Book Award, the Lannan Literary Award, the Guggenheim Fellowship, the California Book Award, the Northern California Book Award, the Dorset Prize, and publication in the National Poetry Series. A former Stegner Fellow at Stanford University, he has taught creative writing in the Bay Area for many years, including at the Institute on Aging … 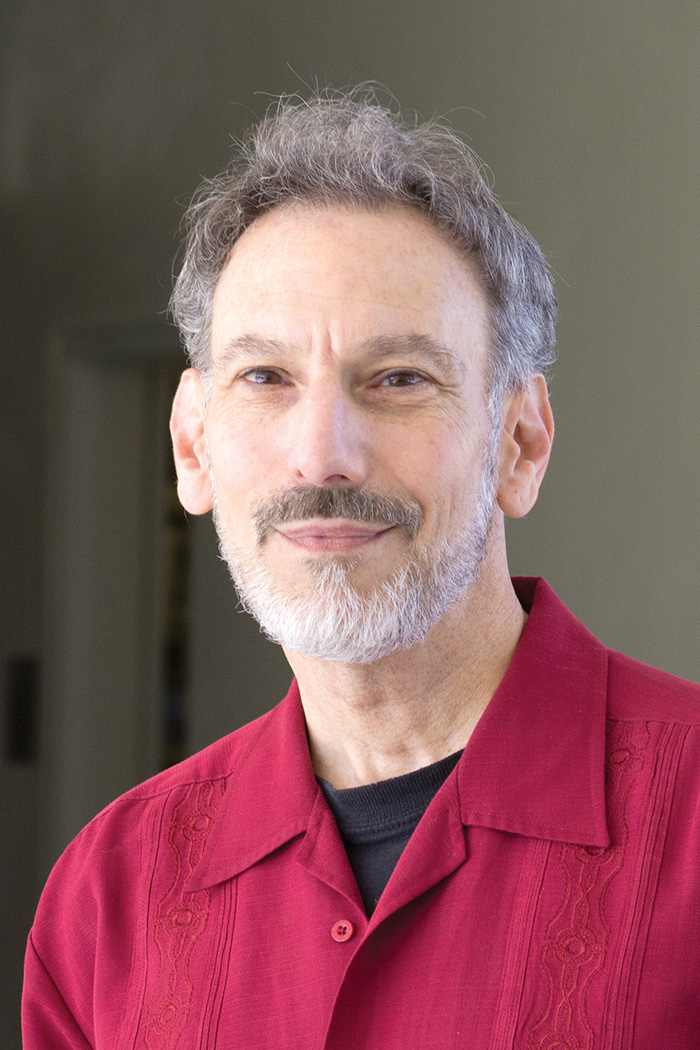 “Selected by Denise Levertov for the National Poetry Series, this generally strong first collection, often set in the San Francisco Bay Area or in the wilderness, showcases Centolella’s gift for finding wonder in the quotidian, for recovering ‘the taken-for-granted.'” —Publishers Weekly

“Thomas Centolella’s poems are sensuous, humorous, passionate and compassionate. They convey a sharp sense of what it is to be very much alive in (and sometimes out of) an American city… To ‘recover the taken-for-granted’ is the task [Centolella] sets himself—a task perennially necessary, but perhaps never more so than it is today.” —Denise Levertov

“…A collection of narratives and meditations, conversational in tone, but explosive in impact. Central to the book’s effectiveness is the poet’s unique voice… A rich panorama of urban existence.” —Booklist

“Thomas Centolella is a poet of pieces. One can imagine him strolling through the streets of San Francisco… collecting visions of urban life… with one eye cast toward sentiment and the other toward a naturalist’s gift of observation.” —Santa Fe Reporter

“Centolella’s gift is precisely this: simply, conversationally, to find in the bitter moments of urban sorrow some common, unexpected core of sweet life.” —Lawrence DiStasi

“Centolella’s poetry is grounded, it evolves from the poet’s roots and in turn takes root… This slim, beautiful volume by Copper Canyon Press is composed of… sudden illuminations piercing through the reality of everyday life… Centolella’s poetry expresses a deep longing for lost things, for lost people. It has a haunting quality… [Terra Firma] is one of the best poetry books [to] come out in a decade.” —Voices in Italian Americana