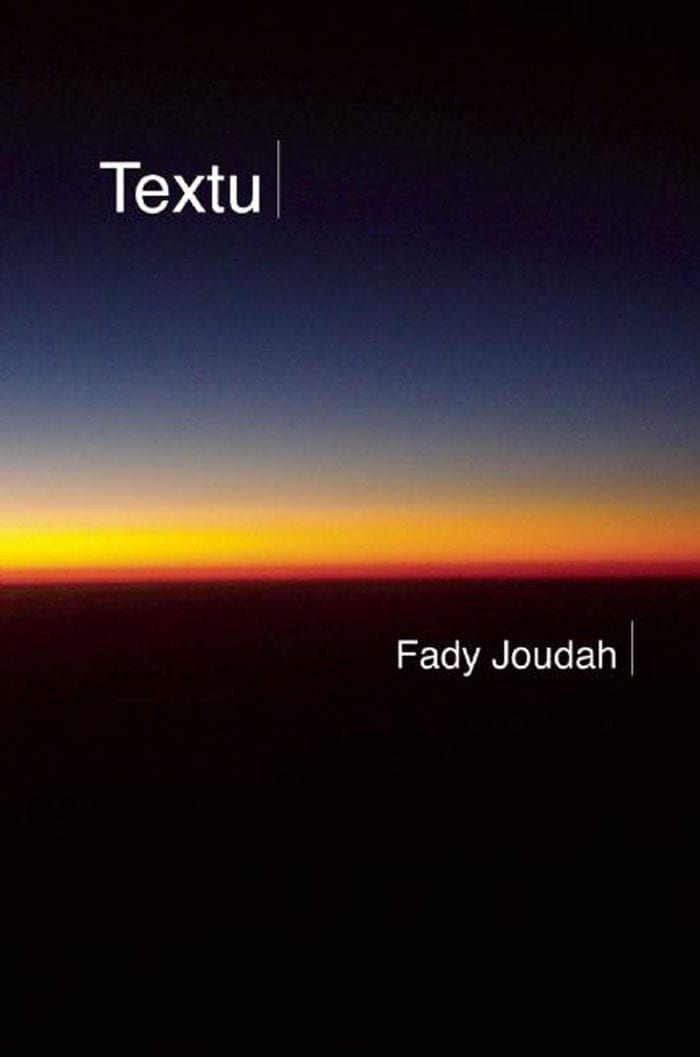 Emerging in the era of tweets and text messages, poet Fady Joudah has invented a new poetic form: textu. The “u” in “textu” echoes the one in haiku, and also emphasizes the intimate you. A textu poem has a single rule: be exactly 160 characters long. As theme, form, and style are wide opened, Textu reveals new possibilities and poetry in unexpected ways.

as a cat chases its tail

Fady Joudah has published four collections of poems, The Earth in the Attic, Alight, Textu—a book-long sequence of short poems whose form is based on text message character count—and, most recently, Footnotes in the Order of Disappearance. He has translated several collections of poetry from Arabic and is the co-editor and co-founder of the Etel Adnan Poetry Prize. He was a winner of the Yale Series of Younger Poets competition in 2007 and has received a PEN award, a Banipal/Times … 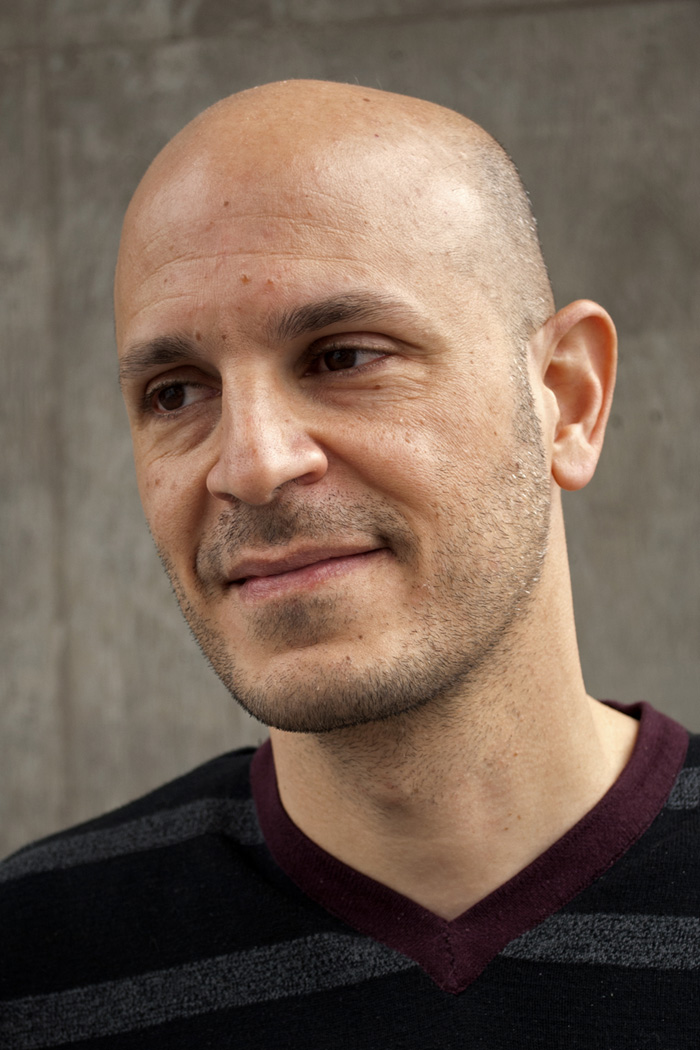 “Each poem in Fady Joudah’s Textu was composed on a smart phone’s text message screen, and is ‘exactly 160 characters long, specific to text message parameters.’ … This book is not a reductive critique of this stream, or what it is doing to us. Neither does the collection let its premise—the textu form—justify itself without inquiry, as though shaping a poem according to the strictures of a text message necessarily makes the poem interesting. Instead, the form feels central to these poems, and to what they are doing… The constraint of character count in the book, then, is not only a new kind of meter. It is also a metonym for the ways in which our language and our relationships are constrained by the world in which we live: by taking their form from one born of late capitalism, the text message, what these poems implicitly suggest is that all of our communication—and all of our poems—are shaped by this system, whether we would prefer to hold our attention on this fact or not.

It is fitting, then, that even as Textu asks us to consider the context in which lyric poems are made, it draws on and locates itself within the lyric tradition. The textu form shares the lyric’s feel of intimate address, the ‘u’ in ‘textu’ suggesting an interlocutor to whom the poems are addressed. And the poems in the collection take on, among other subjects, the conventionally lyric subjects of natural beauty, loss, and desire.” —Margaree Little, Kenyon Review Online

“If William Carlos Williams were alive today he would, perhaps—between seeing patients—write his poems not on scraps of paper but on his smartphone. Fady Joudah has distilled this impulse down to 160 characters—a contained space—until the language becomes a chant, a litany, renewed again and again. Each poem in Textu explodes and then fades, like fireworks that exist in—and for—your palm. Each feels like a daily meditation or prayer, and each seems to reveal something, or come to the edge of revelation.” —Nick Flynn