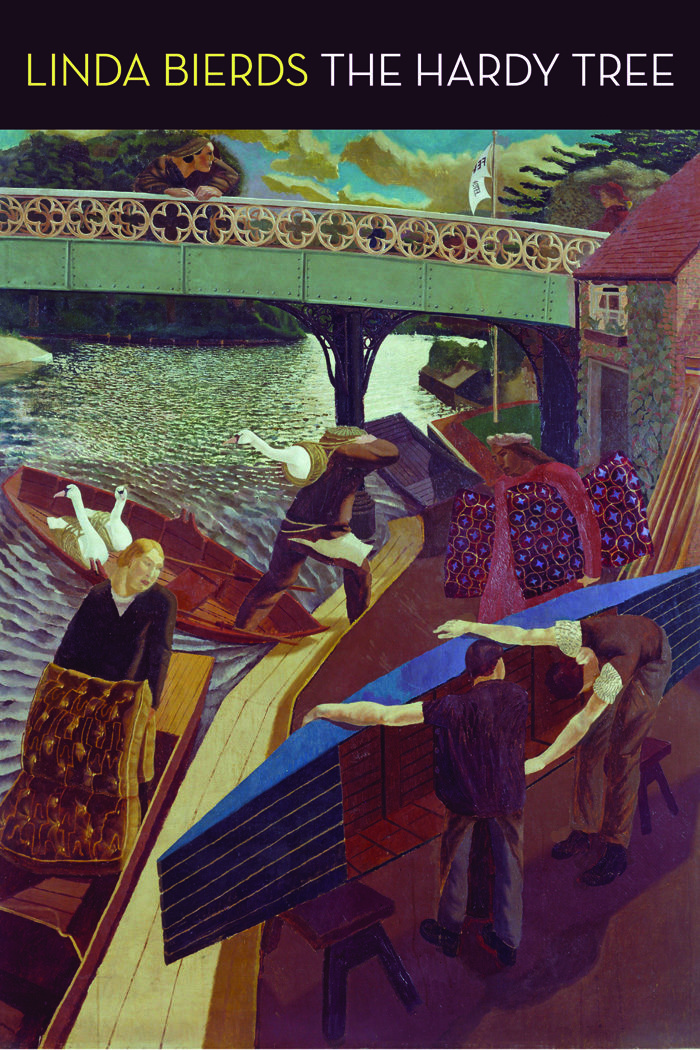 The Hardy Tree engages figures such as Thomas Hardy, Alan Turing, and Virginia Woolf in a thrilling exploration of power, oppression, and communication. Linda Bierds flexes modes of agency in interactions with found, familiar, and invented texts—interrupting, troubling, and inhabiting borrowed lines and historical narratives, and unpacking the concept of coding, the seen and unseen signals we use to reach one another. The book takes its title from the ash tree that stands on the grounds of the old St. Pancras church in London, where gravestones for the unclaimed dead, once set in symmetrical rings around the base of the tree, have been moved by time and roots—like the texts in The Hardy Tree—into a haunting fusion of past and possibility.

How, Alan Turing thought, does the soft-walled,
jellied, symmetrical cell
become the asymmetrical horse? It was just before dusk,
the sun’s last shafts doubling the fence posts,
all the dark mares on their dark shadows. It was just
after Schrodinger’s What is Life,
not long before Watson, Franklin, Crick, not long before
supper. How does a chemical soup,
he asked, give rise to a biological pattern? And how
does a pattern shift, an outer ear
Gradually slough its fur, or a shorebird’s stubby beak
sharpen toward the trout?
He was halfway between the War’s last engimas
and the cyanide apple—two bites—
that would kill him. Halfway along the taut wires
that hummed between crime
and pardon, indecency and privacy. How do solutions,
chemical, personal, stable, unstable
harden into shapes? And how do shapes break?
What slips a micro-fissure
across a lightless cell, until time and matter
double their easy bickering? God?
Chance? A chemical shudder? He was happy and not,
tired and not, humming a bit
with the fence wires. How does a germ split to a self?
And what is a—We are not our acts
and rememberances, Schrodinger wrote, Should something—
God, chance, a chemical shudder?—
sever us from all we have been, still it would not kill us.
It was just before dusk, his segment
of earth slowly ticking toward night. Like time, he thought,
we are almost erased by rotation,
as the dark, symmetrical planet lifts its asymmetrical cargo
up to the sunset: horses, ryegrass—
In no case, then, is there a loss of personal existence to deplore—
marten, whitethroat, blackbird,
lark—nor will there ever be.

Linda Bierds’s ninth book of poetry, Roget’s Illusion (Putnam, 2014) was longlisted for the 2014 National Book Award. Her poems have appeared in numerous magazines and anthologies, including The Atlantic, The New Yorker, Smithsonian, and Poetry. In addition to being awarded a MacArthur Foundation fellowship, Bierds has received the PEN/West Poetry Prize, the Washington State Governor’s Writers Award, the Consuelo Ford Award from the Poetry Society of America, four Pushcart Prizes, the Virginia Quarterly Review’s Emily Clark Balch Poetry Prize, … 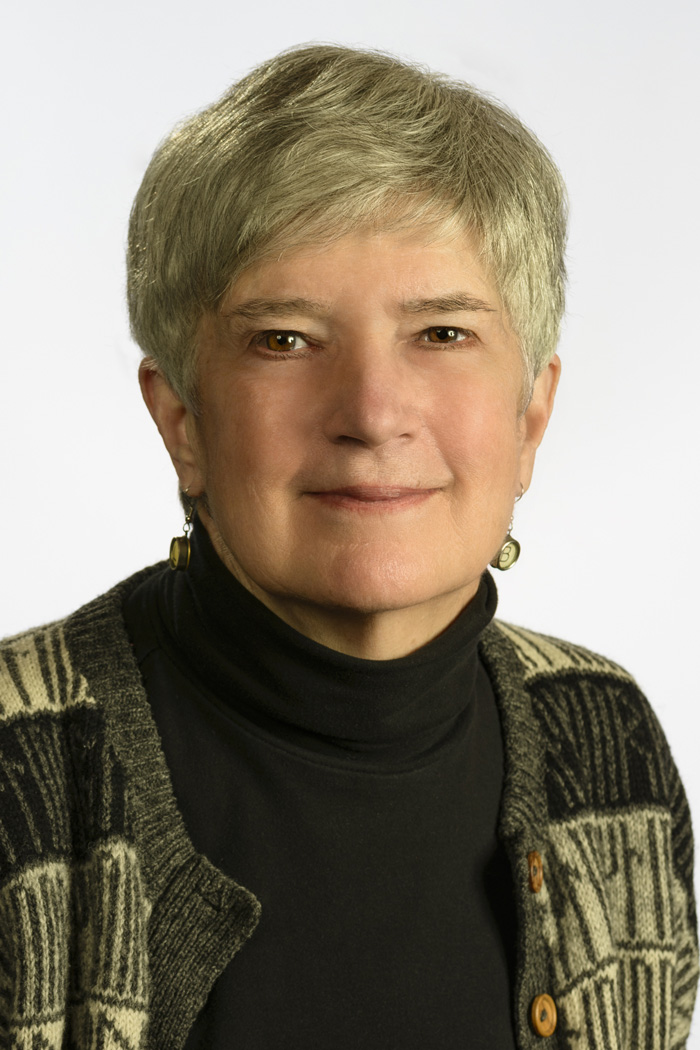 “Any new collection by Bierds is a blessing, and this one will not disappoint; her sensitive poems about Turing are lessons for aspiring readers or poets on the application of history to the creative impulse and power of poetry to illuminate the past.” —Library Journal

“Her poems, with their constantly surprising delicacy and their language rich with insight and a sensuous music, radiate real power and authority and animal presence.” ―W.S. Merwin

“In language both delicious and precise, poems by MacArthur Fellow Bierds inhabit the realm of illusion and the human need for clarity.” ―Library Journal

“If the glow, whether the mind of God or humankind’s ‘inmost lights,’ cannot ultimately be expressed in full, Bierds nevertheless offers us a brilliant and beautiful map of ways to approach that glow.” ―Blackbird

“In this manner, Bierds has created an individual body of work the past two decades that is always refreshingly different and repeatedly satisfying in its originality. Bierds’s poems explore territory not well traveled by many of her fellow poets.” ―Valparaiso Poetry Review