The Satires of Horace 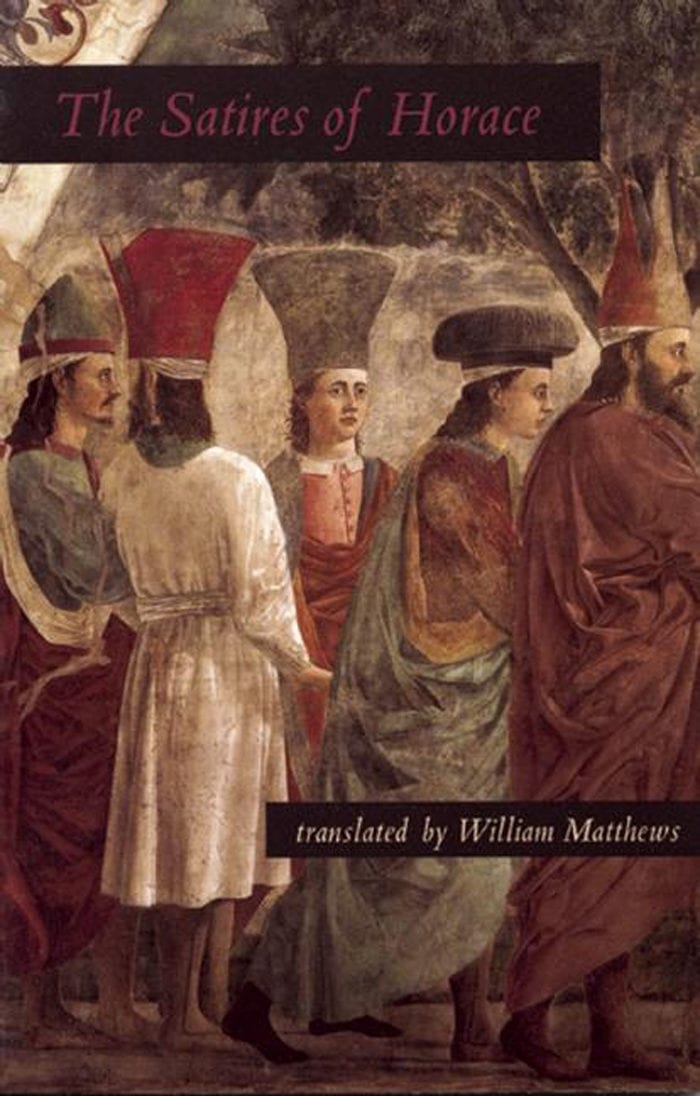 These fresh, colloquial translations of The Satires revel in their wit and humor. Matthews makes Horace sound at once contemporary and timeless; the language is entertaining, fast-paced, and sly, poking fun at human nature and its foibles. This classic work bursts into new life in the hands of one of our wittiest, most erudite contemporary poets.

Horace: Catius, where are you rushing
and from what? Catius: Home to jot down
some notes on the wisdoms I just heard.
Pythagoras, Socrates, and Plato—
they’ve been surpassed! Horace: Forgive me if I’ve
stopped you at a bad time, but that famous
memory of yours—a work of nature
or of art?—will track down all my stray details.
Catius: It won’t be easy. It’s subtle stuff
and woven by a subtle mind. Horace: Who
is this wonder? A Roman? A stranger?
Catius: I can’t tell you the maestro’s name
but I already know his rules by heart.
The more oblong the egg and the less round,
the tastier, whiter and firmer; such
eggs have a male yolk. Cabbages grown on dry
land taste sweeter than the mushy pap raised
nearer to the city; all that water
spoils them. What if a friend drops in on you
at dinner time and the only chicken
you can catch is old, sinewy and tough?
To make it tender, dilute Falernian
with water and drown it in this birdbath.
Don’t trust mushrooms not found in the meadows.
For good health all summer, top off your lunch
with black mulberries picked before the sun
is high. Aufidius mixed his honey
with strong Falernian—a disaster!
When the veins are empty, give them nothing
but bland tastes. A mild mean is just the thing
for sluicing out the stomach. If your bowels
get clogged, mussels will blaze a trail,
or any shellfish, or low-growing sorrel
(but only if combined with Coan wine).
Shellfish grow plumper as the new moon swells,
but you’ve got to know where the best of them
come from. The Lucine mussel is better
than the Baian cockle. The best oysters?
From Circeo. The choicest sea urchins?
From Cape Miseno. Luxurious
Tarentum is proud of its huge scallops.
You can’t excel in the art of dining
unless you learn the theory of flavors.
It won’t do just to buy inexpensive fish
unless you know which are better with sauce
and which fish, when broiled, will perk a tiring
diner up. The host who wants not to serve
dull mean will seek out an Umbrian boar
fattened on acorns from the holm-oak. Now
there’s a porker that will bend the platter,
unlike the insipid Laurentian
boar that forages on marsh grass and reeds.
Deer who’ve grazed in the vineyards are not always
edible. The forelegs of a pregnant
rabbit please the gourmet most. As to fish
and fowl, my palate is the first to judge
exactly their prime age and quality.
Some specialize in finding new sweets,
but everything needs your attention.
Would you have your wines be excellent but
anoint your fish with an improper oil?
Set Massic wine out on a cloudless night—
its coarseness will be soothed, its nerve-jangling
bouquet will dissipate. But you can spoil
the same wine by straining it through linen,
sapping its strength. As for Surentine wine,
an adept mixes it with the dark lees
of Falernian, then breaks a pigeon’s egg
into the mixture. The slowly-sinking
yolk clasps all sediment in its grasp.
You can revive a burning drinker
with fried prawns or fried African snails.
No lettuce. It bobs on the stomach’s acids
like a cork. Instead try ham and sausage,
or some hot tidbit from a street vendor.
Learn well the recipe for compound sauce.
The base is sweet olive oil. Mix it with
thick wine and brine in which fine Byzantine
fish have been packed. Mix with chopped herbs and boil.
Sprinkle with Corycian saffron, let
stand, then add some juice squeezed oh so gently
from the very best Vanafran olives.
Apples from Tibur look tastier than
those from Picenum, but they’re not. Put up
Venuculan grapes, but smoke Alban grapes
until they’re raisins. These last I was first
to serve with apples, as I was to serve
caviar in wine lees, or to sift black salt
and white pepper each mounded on its plate.
It’s a crime to spend a small fortune
at the fish market and cramp the finny
giants on a narrow platter. Suppose
a slave has dandled the drinking cup
with hands greasy from filched snacks, or there’s mold
on your best antique bowl? Wouldn’t that turn
your stomach? Brooms, dishcloths, sawdust—how much
does it cost to fend off scandal? Would you
sweep mosaic pavements with a dirty
broom of palm-leaves, or toss grimy covers
on good upholstery? The less its costs to do
things right, the more’s the blame if they’re undone.
These are not cares only the rich can take.
Horace: Catius, you scholar, swear by the gods
and in the name of friendship that you’ll take
me to the next lecture you attend.
Second-hand is second best; I want to see
this wizard for myself, as you have done.
I want to visit this pilgrim’s fountain
and drink the precepts for a happy life. 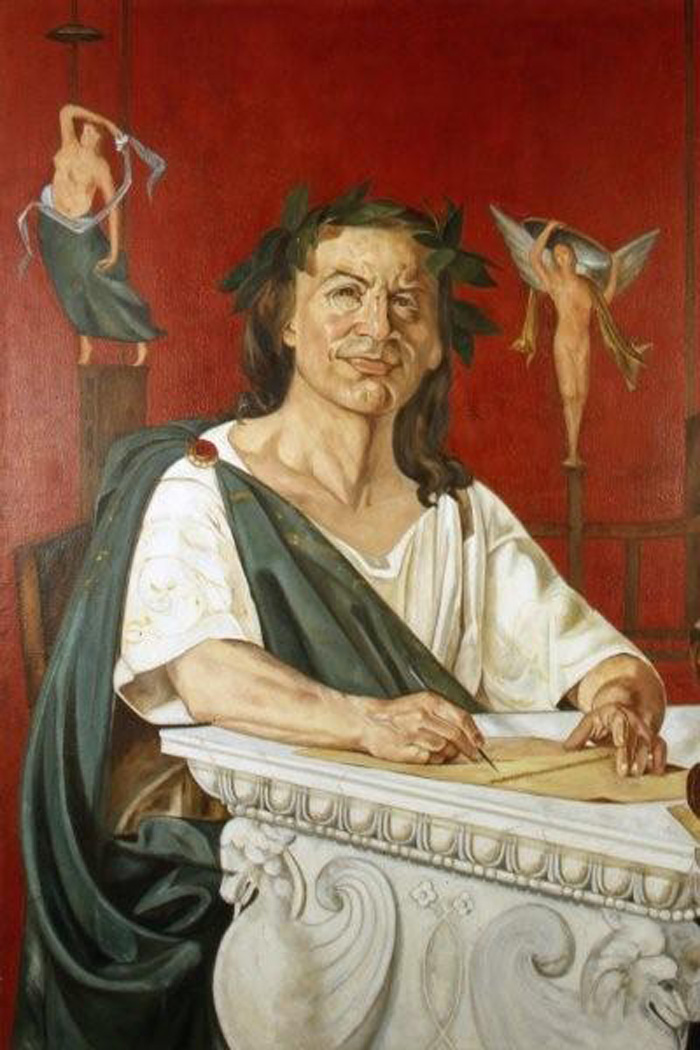 William Matthews was author of a dozen books of poetry. He received the National Book Critics Circle Award and the Ruth Lilly Award. At the time of his death in 1997 he was a professor of English at the City College of New York. His collected poems were published in 2004. 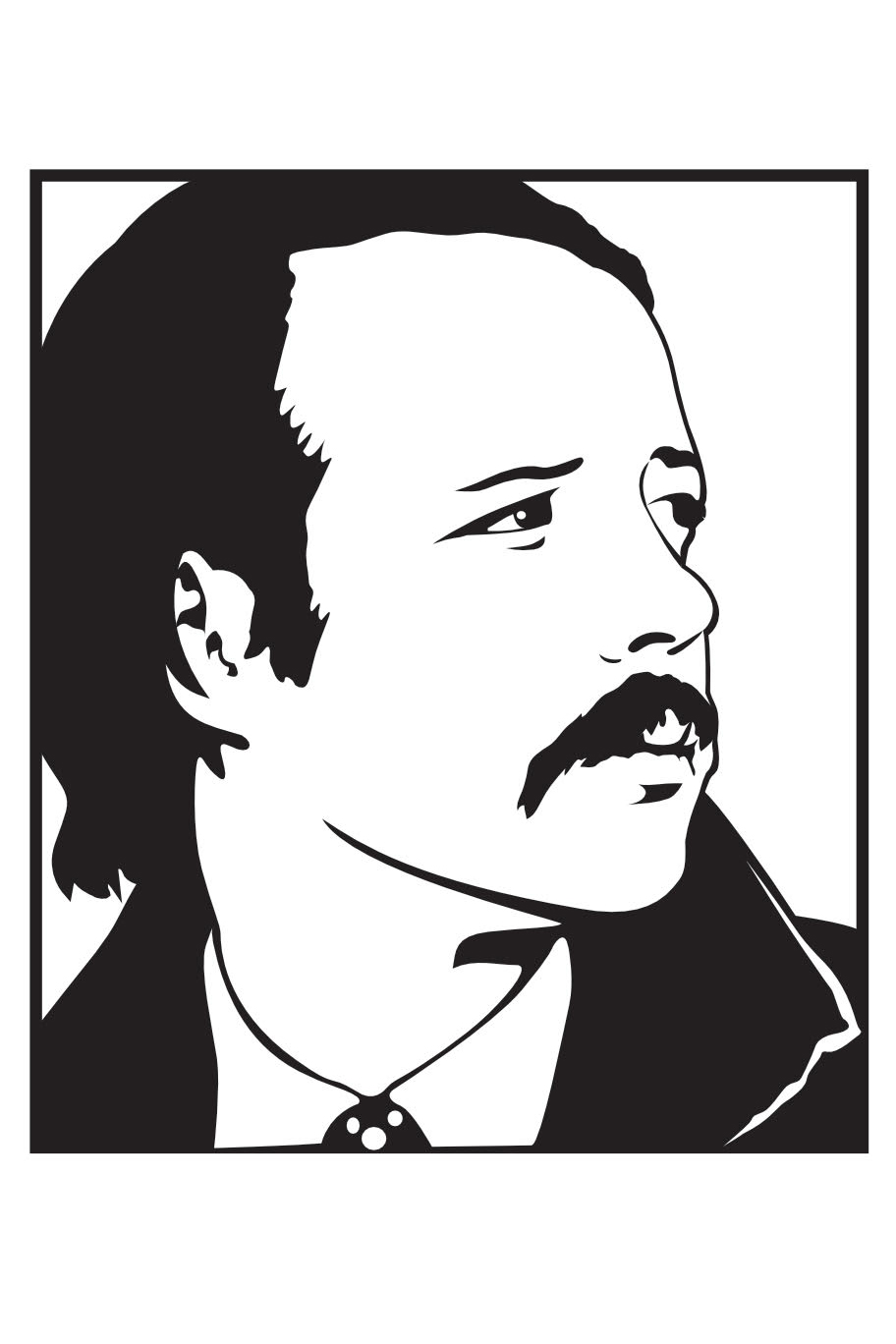 “For the late William Matthews, the sharp-edged, resonant, and rational tone of the Horatian voice is perfect. Matthews, in his own poems, is a master of idiom; in Horace he finds honesty with subtlety, directness with irony, earthiness with sophistication… What is special about Matthews’ Horatian Satires is the immediacy of the idiom, the sense of discovery of the actual moment, the quickness of the turn of the line. If we are fools, wisdom and wise words are our only chance. Horace’s words, in Matthews’ hands, become alive, just-written, and immortal again because they are so new.” —Stanley Plumly

“Matthews [translates] Horace into modern American idiom, striving where possible to find cultural equivalents rather than literal translations… The results are fluent, giving some sense of the contemporaneousness that Horace would have evoked in [his] audience… Recommended for both public and academic libraries.” —Library Journal