The Smallest Muscle in the Human Body 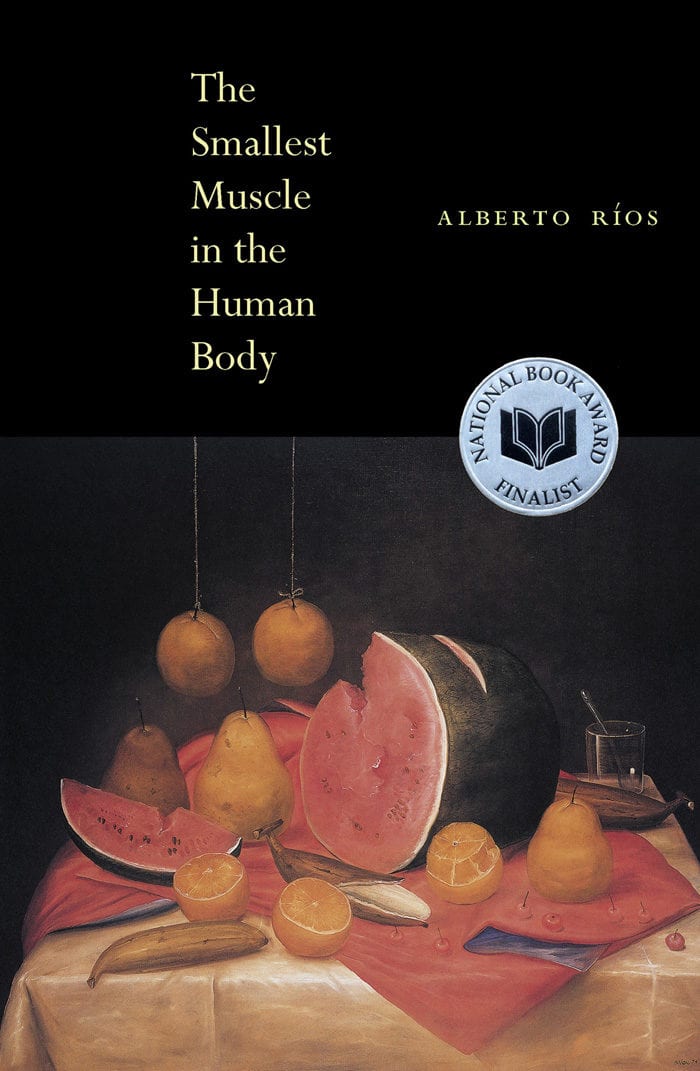 National Book Award finalist Alberto Ríos explains the world not through reason but magic. These poems—set in a town that straddles Sonora, Mexico and the state of Arizona—are lyric adventures, crossing two and three boundaries as easily as one, between cultures, between languages, between senses. Drawing upon fable, parable, and family legend, Ríos utilizes the intense and supple imagination of childhood to find and preserve history beyond facts: plastic lemons turning into baseballs, a grandmother’s long hair reaching up to save her life, the painted faith jumpers leaping to the earth and crowd below. This is magical realism at its shimmering best.

A Physics of Sudden Light

This is just about light, how suddenly
One comes upon it sometimes and is surprised.

In light, something is lifted.
That is the property of light,

And in it one weighs less.
A broad and wide leap of light

Encountered suddenly, for a moment—
You are not where you were

But you have not moved. It’s the moment
That startles you up out of dream,

But the other way around: It’s the moment, instead,
That startles you into dream, makes you

Close your eyes—that kind of light, the moment
For which, in our language, we have only

The word surprise, maybe a few others,
But not enough. The moment is regular

As with all the things regular
At the closing of the twentieth century:

A knowledge that electricity exists
Somewhere inside the walls;

That tonight the moon in some fashion will come out;
That cold water is good to drink.

The way taste slows a thing
On its way into the body.

Light, widened and slowed, so much of it: It
Cannot be swallowed into the mouth of the eye,

Into the throat of the pupil, there is
So much of it. But we let it in anyway,

Something in us knowing
The appropriate mechanism, the moment’s lever.

Light, the slow moment of everything fast.
Like hills, those slowest waves, light,

One more part of clarity: In this light
You are not where you were but you have not moved.

Alberto Ríos, Arizona’s inaugural poet laureate and a recent chancellor of the Academy of American Poets, is the author of twelve collections of poetry, most recently, Not Go Away Is My Name, preceded by A Small Story about the Sky, The Dangerous Shirt, and The Theater of Night, which received the PEN/Beyond Margins Award. Published in the New Yorker, Paris Review, Ploughshares, and other journals, he has also written three short story collections and a memoir, Capirotada, about growing up … 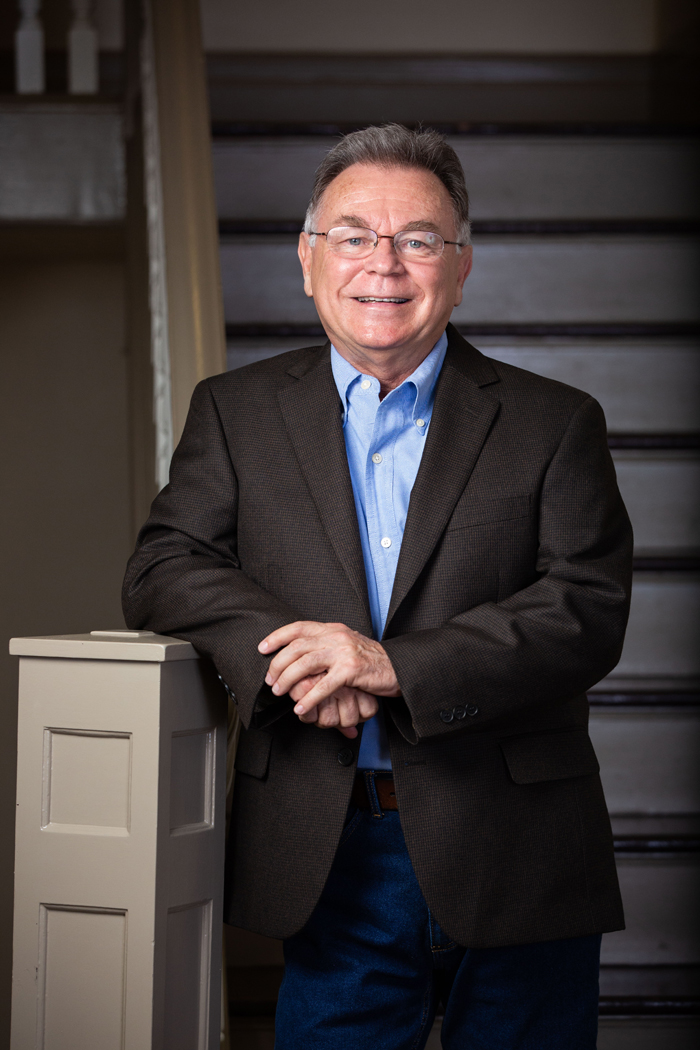 “Alberto Ríos is a poet of reverie and magical perception, and of the threshold between this world and the world just beyond. With humor, compassion, and intelligence, Ríos’s poems overlay a child’s observation and imagination onto our society of daily inequity, poverty, and violence. The light of memory shines on culture, language, family, neighbors, and friends saving them all in stories that become legends, a light so sensual and full it is ‘swallowed into the mouth of the eye, / into the throat of the people.'” —Judges’ citation, National Book Award, on presenting the finalist medal to Ríos

“Alberto Ríos is a poet of reverie… Whether talking about the smell of food, the essence of a crow or a bear’s character or of hard-won human wisdom, Ríos writes in a serenely clear manner that enhances the drama in the quick scenes he summons up.” —New York Times Book Review

“… Rios’s verse inhabits a country of his own making, sometimes political, often personal, with the familiarity and pungency of an Arizona chili.” —Christian Science Monitor

“Alberto Ríos is the man you want to sit next to when it is time to hear a story.” —Southwest BookViews

“In The Smallest Muscle in the Human Body, Alberto Ríos doesn’t borrow a myth. Rather, he finds the myth underlying his own life—myth that translates effectively because it is not confined by language. The images of Ríos’ life are so vivid, it is as if he has written a picture book that anyone can understand.” —Home News Tribune

“In his new book of poems, Alberto Ríos has given us evidence and motive for celebration. Ríos’s poems follow a path of wonder and gently move us to emotional truths that grab our breath and link our inner and outer landscapes. His alchemy works a transformation in the inner vision, turning us toward the deeper mystery of life itself.” —American Book Review

“Through the perspective of an aged child, Ríos finds a voice to transcend the borders that exist around, above, and below him. Ríos plays the trickster not by hiding his magical tricks but by blinding the reader with them, by continually pushing the mundane into the magical until there is neither, only the illusive world that Ríos creates.” —Big Muddy

“Thank you for publishing Ríos. His is a voice I begin to depend on. And certainly learn from. Like a magician’s slight of hand: effortless.” —Jonathan Hartt, from a “Reader Response” card