Home > Books > The Trees Witness Everything by Victoria Chang

The Trees Witness Everything

In The Trees Witness Everything, Victoria Chang reinvigorates language by way of concentration, using constraint to illuminate and free the wild interior. Largely composed in various Japanese syllabic forms called “wakas,” each poem is shaped by pattern and count. This highly original work innovates inside the lineage of great poets including W.S. Merwin, whose poem titles are repurposed as frames and mirrors for the text, stitching past and present in complex dialogue. Chang depicts the smooth, melancholic isolation of the mind while reaching outward to name—with reverence, economy, and whimsy—the ache of wanting, the hawk and its shadow, our human urge to hide the minute beneath the light.

My mother is dead.
The lemons still turn yellow,
the trout still stare emptily,
desire is still free.
We still love many people,
eat peaches as if kissing.

Victoria Chang’s books include OBIT, Barbie Chang, The Boss, Salvinia Molesta, and Circle. Her children’s picture book, Is Mommy?, was illustrated by Marla Frazee and published by Beach Lane Books/Simon & Schuster. It was named a New York Times Notable Book. Her middle grade novel, Love Love will be published by Sterling Publishing in 2020. She has received a Guggenheim Fellowship, a Sustainable Arts Foundation Award, the Poetry Society of America’s Alice Fay Di Castagnola Award, a Pushcart Prize, and … 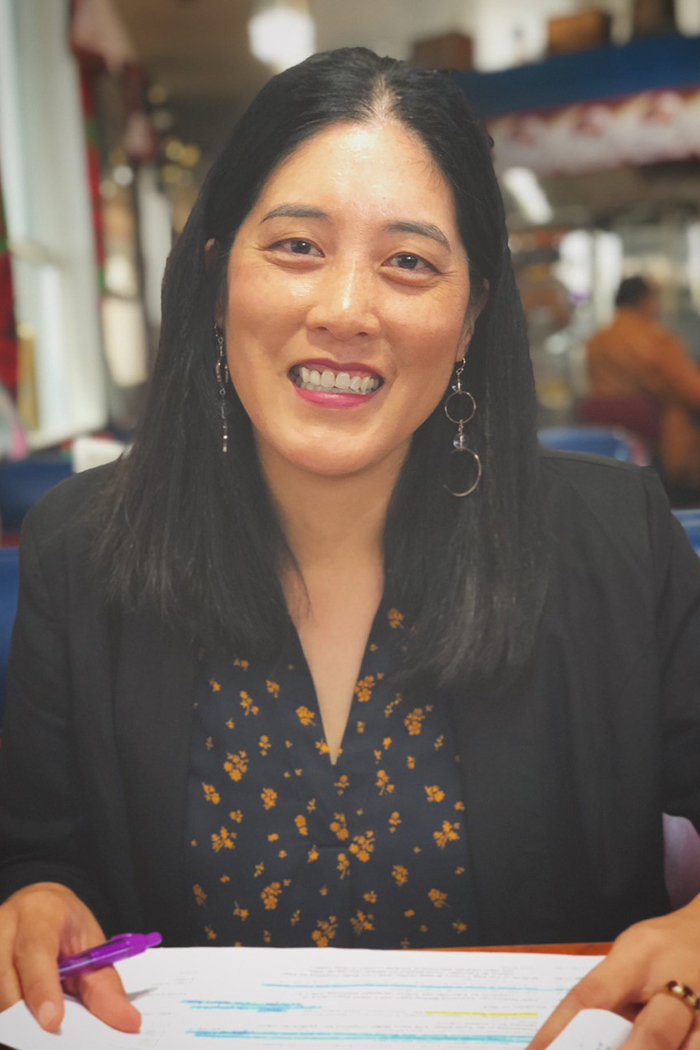 “The elegant and reflective fourth collection from Chang presents a moving elegy for both her deceased mother and the dying Earth, using form to capture the fleeting nature of life. . . . The poems seem like fragments of enlightenment collectively working toward a revelation. . . . For those who are grieving and those who have grieved, Chang offers beautiful insights, and a path toward healing.” —Publishers Weekly

“How fitting that this otherworldly book of tributes to the no longer living lands, at this moment in this world, in our collective hands.” —Kenyon Review

“The emotional power of Chang’s Obit comes from the grace and honesty with which she turns this familiar form inside out to show us the private side of family, the knotting together of generations, the bewilderment of grief.” —Ploughshares

“Certain losses change your grammar. . . . Obit accepts this transformation of grammar as generative poetic constraint: the obituary is defined by the remove of the third person, the brisk objectivity of someone writing about death on a deadline. The book is a catalogue of losses, from the obviously traumatic (“My Mother,” “My Father’s Frontal Lobe”) to the seemingly trivial (“Voice Mail,” “Similes”). Chang has said that she chose the obit form because she “didn’t want to write elegies.” The elegy, poetry’s traditional response to death, is a genre for mourning, usually in the first-person singular. By contrast, an obituary measures; it yields a public record of a completed life. Chang’s poems, too, attempt to contain loss. Occasionally—beautifully—those attempts falter.”—The New Yorker

“From Victoria Chang, who grabbed attention with her recent Obit, The Trees Witness Everything uses Japanese syllabic forms called wakas to plumb our rich interior lives.” —Library Journal’s The Books of 2022

“The calm speculation in the The Trees Witness Everything is both soothing and mystifying: elegant confusion, indeed. This book further develops this talented poet’s oeuvre.” —Valley Voices

“Chang’s new book of poetry explores loss, mourning, and redemption through the prism of the Japanese waka. The poet uses this traditional form as a contrast to her contemporary language. While some subjects, such as the loss of her mother, are somber and melancholic, the music of Chang’s verse soars with hope.” —Alta

“Victoria Chang previous collection of poems Obit was long-listed for the 2020 National Book Awards, and now she’s is a back with another collection that sounds equally original and moving.” —Shereads

“. . . the poetry lover in me is thrilled that the world has more of her elegant and lyrical verse, which explores the cycles of grief and loss, and of course, rebirth.” —Chicago Review of Books

“[Chang] contrasts the natural world with the immeasurable spaces of human experience, often asking questions of the reader. ‘How is it that trees / don’t feel the way humans do? / The oldest tree is / five thousand years old, great storms / captured in its trunk.’ . . . Chang’s homage to Merwin, combined with her use of form, gives her new collection life. Most pages contain two small poems, paired and balanced, making the book simultaneously intense and readable.” —The Rumpus

“The poems in The Trees Witness Everything are not necessarily meant to be distinct, in that together they enforce a practice, a timescale, in which each poem contributes. . . to writing as always an epistemological experiment.” —Los Angeles Review of Books

“This emphasis on a before and after is evocative of a cycle—the circle of life, if you will—and Merwin, just like Chang, seems to believe in the idea that history and life are really just ongoing cycles designed to propel us forward, just as they also keep us tied to our pasts.” —Ploughshares

“The simple cover of this slim volume is a nod to the apparent simplicity of the poems it contains. However, appearances can be deceiving. The Trees Witness Everything engages with Japanese poetic forms called “wakas” that are powerful in their brevity.” —Book Riot

“The introduction of dual constraints would easily limit the creative bounds of many writers, yet Chang excels again and again. The end result is a remarkably unique and poignant collection of short poems that trade on the economy of language to deliver powerful reflections on the intersection of life and the natural world.” —Poetry Question

“In this brilliant new collection, Chang continues her exploration of memory and mourning. These are impeccable, precise poems, sometimes shocking and strange, but always startling in their ability to excise an utterance from the depths of grief and longing that is both painful and reverent: “I sit at my desk. / Desire is an anchor – / I lift it and words come up.” Chang’s crystalline, controlled poems seem etched from deep experience, and move hauntingly between the living and the dead. Attuned to the passage of seasons, to the raw wanting instilled by loss and isolation, these are nevertheless poems that make one feel less alone by giving voice, and by recording, the strange flashes of light and odd perspective registered. The majority written in Japanese syllabic form called “wakas”, their economy lends them both a sharp detail and a hallucinatory potential, traversing a staggering progress of thought and image across a small number of lines…” —Irish Times

“Chang follows Obit (2020) with a new collection in four sublime parts. At the start, Chang works with a traditional Japanese form, waka, also known as tanka, or short poem, and adroitly uses titles of poems by W. S. Merwin as prompts, creating astonishingly subtle poems that gracefully bloom. In “The String,” she writes, “When the earth rotates, / a person not tied down with / longing falls off into space.” The book’s second section is “Marfa, Texas,” a long poem sculpted out of reflection on that enigmatic art mecca in the West Texas desert. Lines pop out: “Here, / you can pay someone to clip / off your shadow and walk it / across the border.” Or “Here, / when I cry in my head, my / tears come out as letters.” The poet’s dialog with Merwin continues in part three, ”The Shipwreck,“ as she offers “I sit at my desk. / Desire is an anchor— / I lift it and words come up.” Wildness is alive throughout in birds—hawks, crows, and wounded larks—along with crickets and beetles that appear between sentences. ”Love Letters“ closes this enlightened collection, which reads as an amalgam of buoyant messages from the pandemic we’re all experiencing with lines like: “Don’t forget what happened / last year—when you missed people / so much you let them in.” Poetic wisdom past and present is very much alive here.” —Booklist

“Rarely have I been so captivated by a collection; each brief poem demands your full attention for repeated readings. Though small, these poems have an outsized gravitational pull, like that of a superdense star.” —Powell’s Midyear Roundup 2022

“In this collection, the constraints of the waka, a Japanese syllabic form, yield highly compressed, surreal meditations on time, desire, and the movements of the mind itself. Chang’s poems, some of which have appeared in the magazine, document a practice of sustained observation and imagination.”—New Yorker, Best Books of 2022