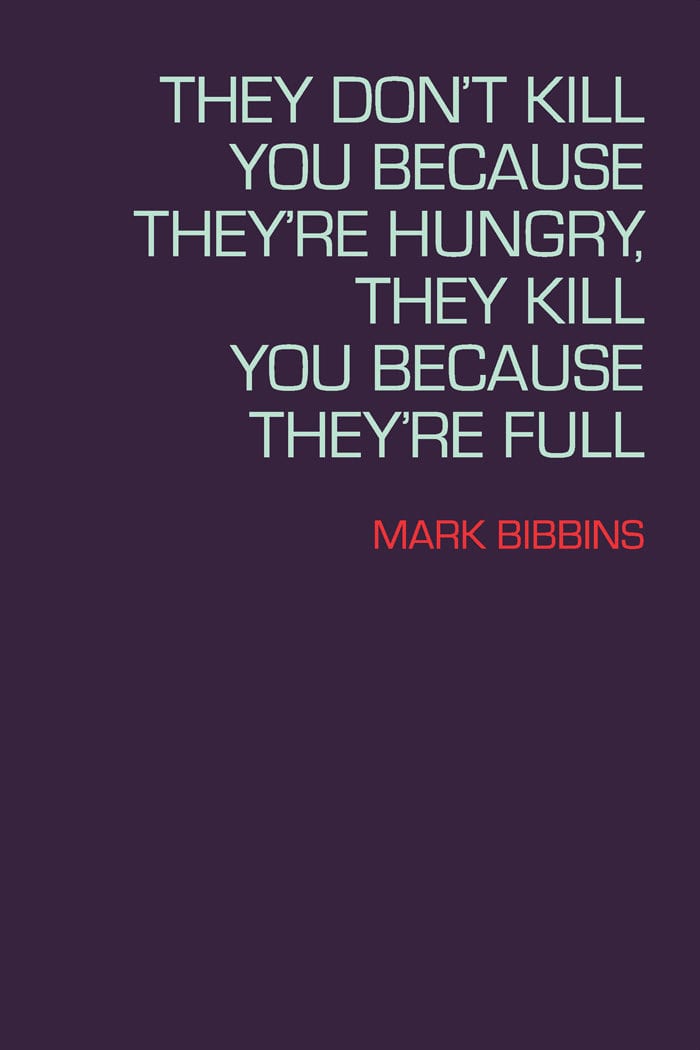 From his sardonic title onward, Mark Bibbins confronts readers with formally innovative and socially alert writing that lays bare the discombobulation of collective and individual existence. “If you’re going to carry your gorgeous head around / in a sack,” he advises, “let it be / this beige plastic one.” Bibbins pulls such figures as Medusa, Andy Warhol, and Pat Robertson into poems that incite thorny yet spirited examinations of power, sexuality, and gender. Roving across the weird human landscape, these poems counter dread with wit, chaos with clarity (and sometimes more chaos), reminding us that the suffering contained in any historical moment is “small // compared to what.”

The way things are going, children

will have to upgrade to more amusing.

No one could say that when

the highway snapped in two,

he saved her, then wandered off

and later did not remember. In hell,

on an airplane, in a theater, on a tightrope

made of light—no one said there was

no plot, but everything fell where

it belonged and roused conflicting

ecstasies. There is no paper, no pages

to burn. He saved her but did not

see her. He and his friend tried

to resurrect a man they both had

spoken with, but since they could not

How is anyone kissing anyone

possible. Events have to poke

through almost every story; it’s how

they work, otherwise more people will

where couples go to argue, a neighbor

watching is to enter the argument,

which changes its character.

Another relationship to narrative,

almost legible. Next, no children

at the party, but everyone wants

pictures of the dog. The store

closing, the train stopping, the man

the others know and then evade.

What lay over the hill was unavailable

before they stepped into their voices.

Not singing, no song to describe.

Even the boys check their hands when

someone says girl holding a snake,

to make sure they aren’t the girl.

Mark Bibbins is the author of three books with Copper Canyon: 13th Balloon; They Don’t Kill You Because They’re Hungry, They Kill You Because They’re Full, named one of the best poetry collections of 2014 by Publishers Weekly; and The Dance of No Hard Feelings. He teaches in the graduate writing programs at Columbia University and The New School, where he co-founded LIT magazine, and in NYU’s Writers in Florence program. His work has appeared in Poetry, The New Yorker, …

“The book’s a little crazy, packed with air quotes and brackets, jokes and condemnations, forms that explode across the page. Crazily enough, it’s also packed with truth.” —NPR

“The voice of this third book from Bibbins is marked and numbed by the onslaught of American media and politics that saturate the Internet, television, radio, and smartphone: ‘the way things are going, children/ will have to upgrade to more amusing.’ Much like advertisements or news stories vying for viewer’s attention, the book intentionally overwhelms, eschewing sections; the author instead differentiates the poems by repetition, creating a sort of echo chamber, similar to the way viral information cycles through social media platforms.” —Publishers Weekly, starred review

“Whip-smart and wickedly funny, They Don’t Kill You is Bibbins’s most authoritative and self-possessed collection to date.” —Boston Review