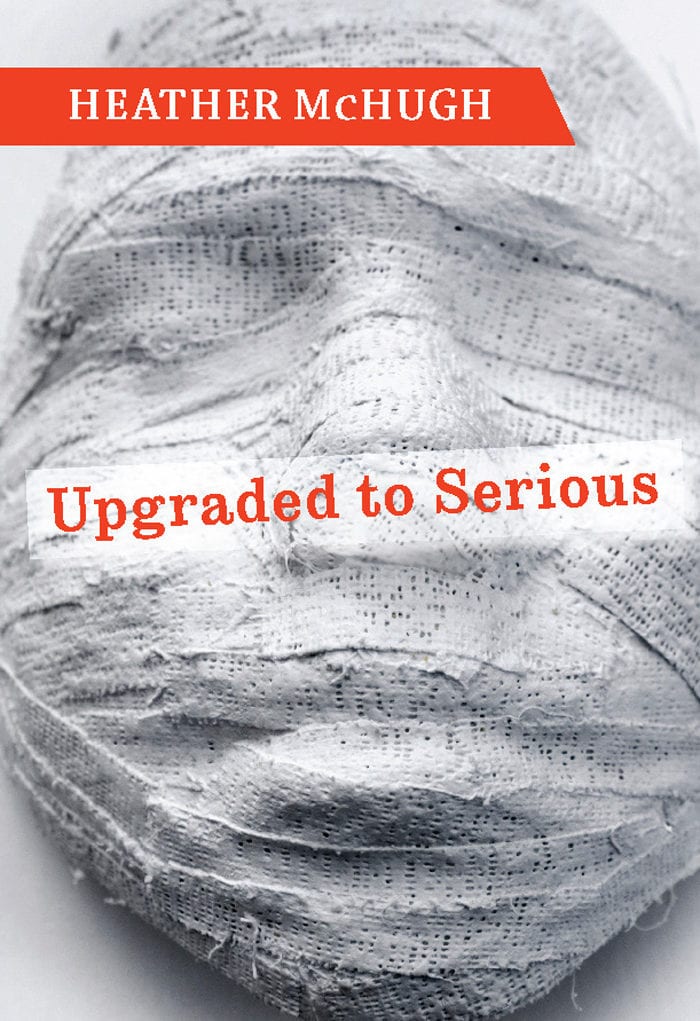 Heather McHugh’s thirteenth book, Upgraded to Serious, is a fast-paced, funny, verbally dexterous collection that’s “boiling up and boiling over” as it accesses varieties of loss. Her unexpected rhymes and rhythms encourage infectious laughter as both palliative and prophylactic, in the face of human sufferings and of ignorance. Alert to changes in physiological and technological life, McHugh records the patient’s pulse: Being “upgraded to serious” from a critical condition is a diagnosis. McHugh’s ironies rest on the knowledge that even poems cannot “save the world / without exception.”

He’s a hoot, with his flips of the nickel,
his penchant for law, and his playing with volts —

let the lovers be struck! (It’s his joke, on our dime.) And by Jove
what a backside he turns! And by gum what bedeviled
expressions! A scowl full of thous, and the gene pool
is shot. “Thou shalt flower for moments — and rot

for the rest — being flesh, being given to
lust. Say you wanted an ocean of
feeling, or time? Here’s a puddle to
come from, a crack and a crotch.” He’s a hoot,

don’t you think? — there above the commotion, just
finding the bright side, just
winding his watch…

Heather McHugh, recipient of a 2009 MacArthur fellowship, is the author of thirteen books of poetry, translation, and literary essays. Her prize-winning translations include a Griffin International Poetry Prize selection, and her books of original poetry have been finalists for the Pulitzer Prize and the National Book Award. McHugh has taught literature and writing for over three decades, most regularly at the University of Washington in Seattle and in the low-residency MFA Program for Writers at Warren Wilson College in … 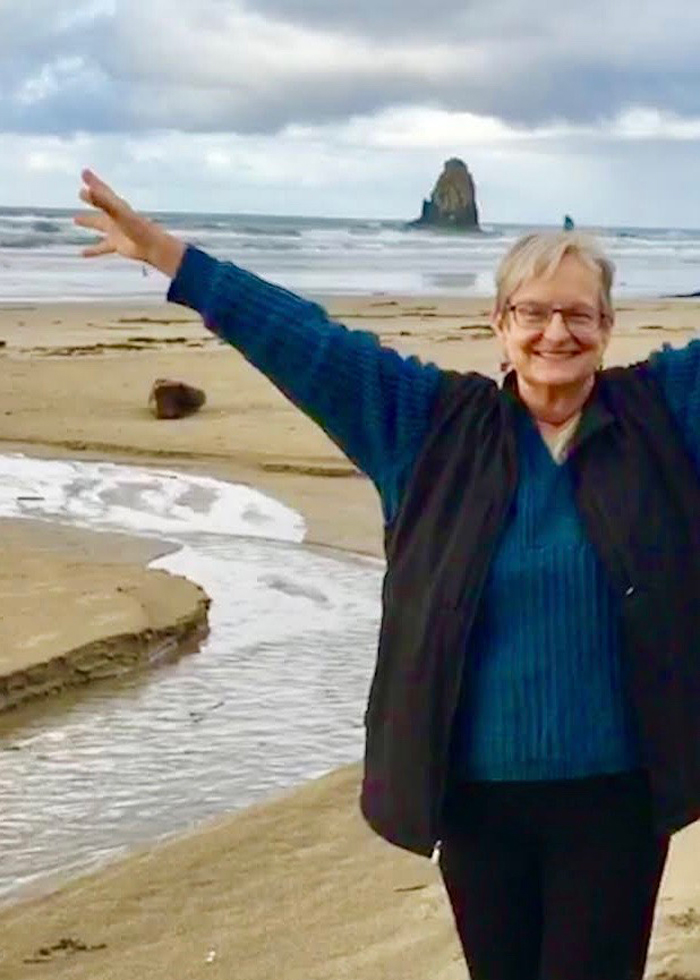 “The poems are witty, musical, and linguistically ingenious.” —Library Journal

“McHugh, with her comic-book moxie and her linguistic virtuosity, [is] a kind of Superwoman of poetry. The poems focus on what is within ‘eyeshot,’ or visible, but their true subject is their author’s mortal acuity.” —Carol Muske-Dukes, Los Angeles Times

“Yet if McHugh is serious, she’s anything but grim; with all her punning, bantering and mock scolding of herself… she brightens the shadowy corners of her world with verbal pyrotechnics.” —New York Times Book Review

“McHugh’s eighth book finds this acclaimed poet as odd and entertaining as ever, with her trademark slippery associative lines and jagged stanzas… but also subtly sobered by growing older while living through the grim political climate of the last eight years. McHugh’s short, jerky lines, odd rhymes, bemused gravity and slant perspective on the world at hand bring Emily Dickinson to mind… McHugh remains one of our most important and unusual poets…” —Publishers Weekly, starred review

“Offering an idiosyncratic sense of sacredness, the book makes the earnest and the tongue-in-cheek almost indistinguishable… Writing in her signature relaxed iambic line, McHugh flips and winds the language of American common wisdom. In Upgraded to Serious… we encounter a poet who is listening assiduously. Her attention to language is visible in each poem’s marked use of rhyme. The sustained outpouring of alliteration gives the sense that McHugh will never be out of breath.” —Foreword

“McHugh’s poems move as fluent wholes, thanks in part to her artful use of rhyme, rhythm, and portmanteaux. If much ancient poetry has become fragmentary over time, and much modern poetry begins as fragments, Heather McHugh’s poetry blurs the line between fragments and wholes, crafting one from the other. She delights both in dilating linguistic fragments into astonishing new wholes and in exposing and excavating language’s invisible fault-lines.” —Oxonian Review

“McHugh is known as a challenging wordsmith, but as this collection reveals, she is also a compassionate eyewitness… Her lines are animated but serious, and though they accelerate quickly, meaning and humor can be found in a single word.” —New Yorker

“Heather McHugh’s work is performative to a fault—that is to say, we watch in fascination as the poet’s neurons fire strenuously at the speed of sound… McHugh is a syntactic acrobat… She delivers custom-made precisely what the smart reader wants in a poem.” —Poetry Foundation

“Upgraded to Serious offers exactingly ravishing poetry that digs deeply into big themes: free will, consciousness, ideas of language… [McHugh’s] poems take the shape of an idea or mood clarifying itself in stages, leaving readers on tenterhooks to find out where she’ll go next.” —Globe and Mail

“McHugh has given us, in Upgraded to Serious, not just a collection of logogrphic [sic] lyrics, but also an extended, if extremely vagarious, meditation that is both epistemological and ontological… Heather McHugh is perhaps our wildest, most impulsive—or wayward (by which I mean “weighword”)—living American poet.” —Yale Review

“McHugh has been a significant voice in American literary life for almost four decades. In poems that are rich with wordplay—puns, rhymes, syntactical twists—she reveals the complex layers of meaning that individual words or phrases contain. The result is intellectually challenging, yet emotionally engaging verse that balances gravity with humor… McHugh has already influenced a generation of poets and will continue to enrich the art form for years to come.” —MacArthur Foundation

“[McHugh’s] generous brain makes other people feel bright, makes them jump at sparks in their own writing… In Upgraded to Serious, one feels the hard hand under the rhinestoned glove.” —Poetry Northwest