What Love Comes To 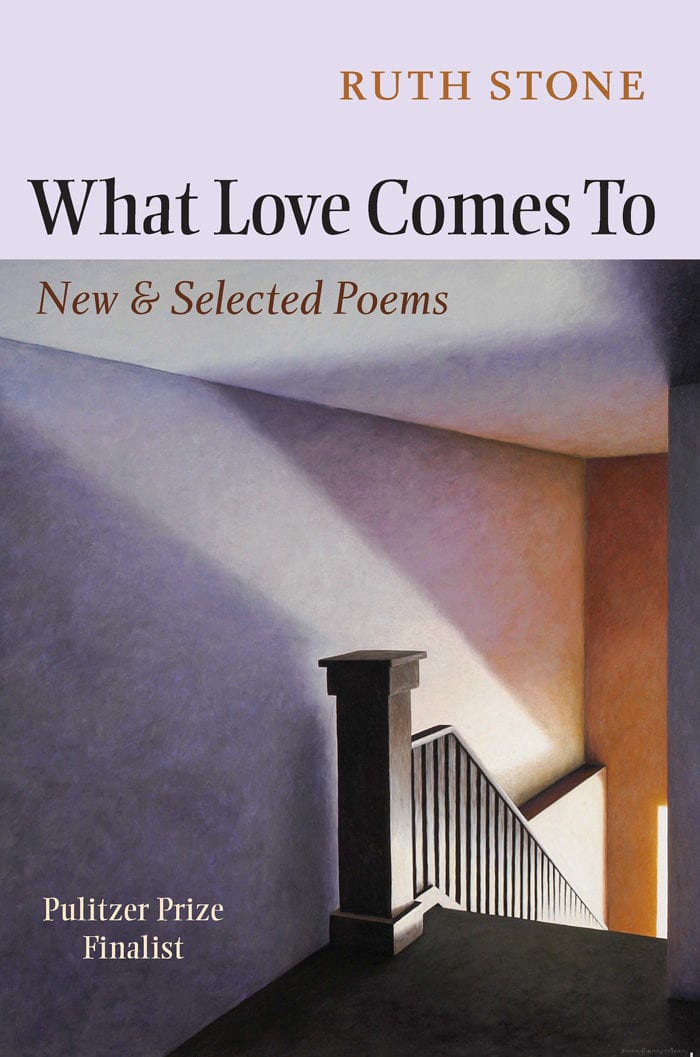 Finalist for the 2009 Pulitzer Prize, What Love Comes To: New & Selected Poems was cited as a “collection of poems that give[s] rich drama to ordinary experience, deepening our sense of what it means to be human.” This comprehensive selection includes an abundance of new work joined with Ruth Stone’s best work from twelve previous volumes, including her early formal lyrics, fierce political poems, meditations on her husband’s suicide, on blindness, and on aging. As Sharon Olds writes in her foreword, “A Ruth Stone poem feels alive in the hands—ardent, independent, restless.” What Love Comes To is a necessary collection from an American original.

Now I am old, all I want to do is try;
But when I was young, if it wasn’t easy I let it lie,
Learning through my pores instead,
And it did neither of us any good.

For now she is gone who slept away my life,
And I am ignorant who inherited,
Though the head has grown so lively that I laugh,
“Come look, come stomp, come listen to the drum.”

I see more now than then; but she who had my eyes
Closed them in happiness, and wrapped the dark
In her arms and stole my life away,
Singing in dreams of what was sure to come.

I see it perfectly, except the beast
Fumbles and falters, until the others wince.
Everything shimmers and glitters and shakes with unbearable longing,
The dancers who cannot sleep, and the sleepers who cannot dance.

Ruth Stone (1915–2011) was born in Virginia. She is the author of thirteen books of poetry, including In the Next Galaxy, which won the 2002 National Book Award, and her collected poems, What Love Comes To, which was a finalist for the 2009 Pulitzer Prize. Her 1999 collection Ordinary Words won the National Book Critics Circle Award in 1999. She is the recipient of many additional honors, including two Guggenheim Fellowships (one of which roofed her house). In 1959, after … 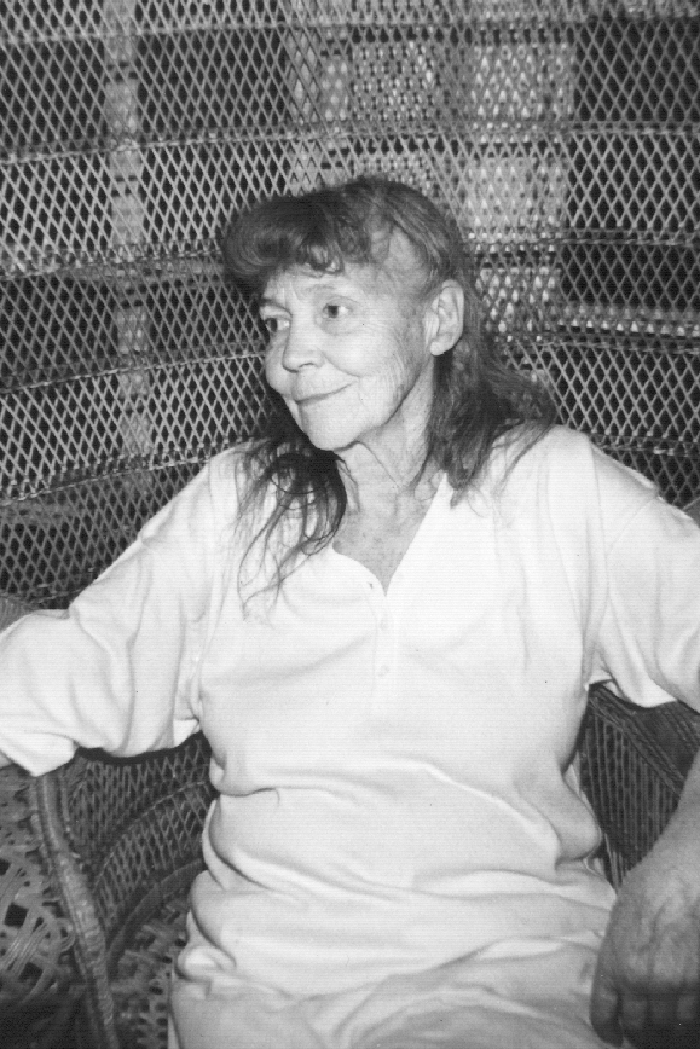 “Many of Stone’s loyal readers may know only her most recent, and most celebrated, works: the National Book Award–winning In the Next Galaxy (2002), and its immediate prequels, which present a poet of wisdom and experience in clear, compact free verse… There are transcribed speeches from working-class lives, nursery rhyme couplets of uncanny force, angry political allegories and explorations of second-wave feminism—in short, the evidence of an ambitious career, one that has been not only long, but full of constant change.” —Publishers Weekly

“Her poems startle us over and over with their shapeliness, their humor, their youthfulness, their wild aptness, their strangeness, their sudden familiarity, the authority of their insights, the moral gulps they prompt, their fierce exactness of language and memory.” —Galway Kinnell

“In a field in which collections of selected writings are constantly being released, this book stands out because Stone shows that simplicity can be a deceiving doorway into some of the most challenging poems written by an American poet. Stone’s poems blend the personal with dimensions of the larger world… Few poets have this gift for taking the workings of ordinary life and fusing them with a poetic process that sustains intense emotion, allowing human experience to be felt through the mysteries of language… Ruth Stone belongs to every generation of poets who have taken the responsibility to give back to the world.” —Bloomsbury Review

“This volume rightly secures [Stone’s] status as a sui generis treasure who has survived poverty, a lack of formal education, profound personal tragedy, and decades of obscurity to emerge as a pre-eminent American poet who is still writing vital poems at the age of ninety-three.” —Harvard Review

“One notices in Stone’s work not just her harshness and astringency, but also her tenderness, her humor. One also notices, especially in these days of hyperkinetic post-everything poems with their sleights and trickery and dazzle, the unvarying plainness and simplicity of her poems… Stone’s poems… often succeed by slicing their way deep into the reader’s consciousness. Stone’s poetry is, at its best, a poetry that wounds, a poetry that hurts us into feeling more, seeing more. Many of her poems live a long time in memory, even after a single reading.” —Coldfront

“There is a broad, powerful streak of independence—even disobedience—that runs through Stone’s writing and has inspired a great number of women after her, not least Sharon Olds, who provides the breathless introduction to this book.” —The Guardian

“Ruth Stone’s What Love Comes To: New and Selected Poems was a finalist for the 2009 Pulitzer Prize in poetry, but to my mind is the best book of poetry published in 2008. Stone’s poems are concise and approachable, yet her imagery and figurative language are nearly always oddly arresting.” —Santa Barbara Independent