Home > Books > When My Brother Was an Aztec by Natalie Diaz

When My Brother Was an Aztec 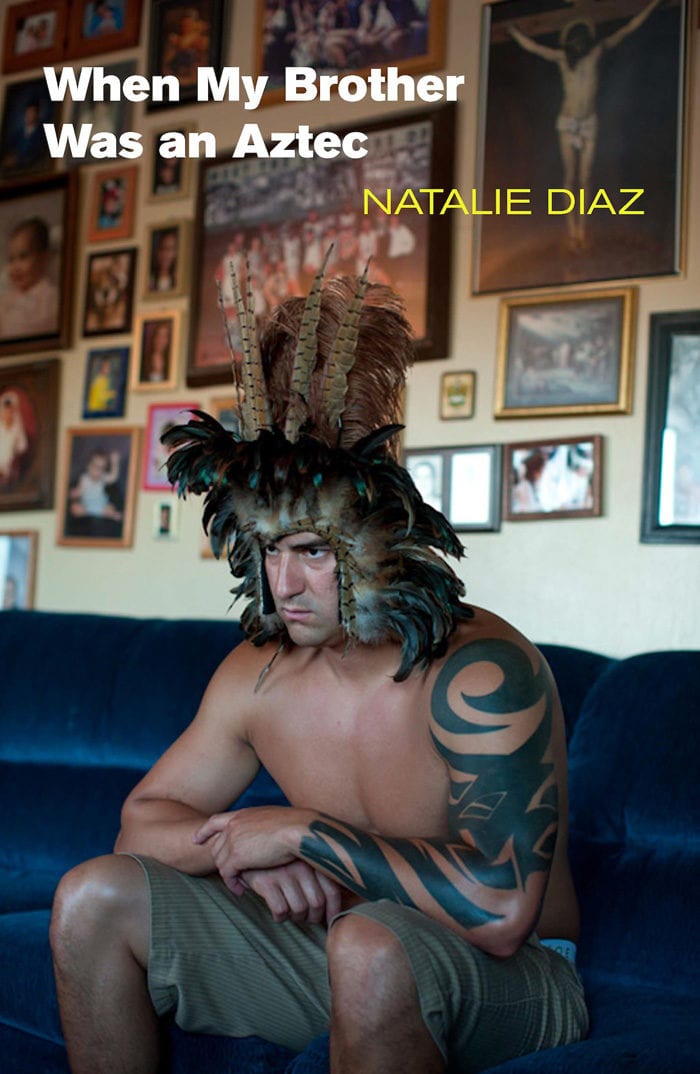 Natalie Diaz’s debut collection, When My Brother Was an Aztec, foregrounds the particularities of family dynamics and individual passion against the backdrop of the mythological intensity of tribal life and a deeply rooted cultural history. In these distinctively voiced poems, a sister struggles with a brother’s addiction to meth, while everyone, from Antigone and Houdini to Huitzilopochtli and Jesus, is invited to hash it out. By turns darkly humorous and sensual, Diaz’s poems gather imagery and language as readily as they illuminate the intimate and engage the communal. Whether Diaz tells of a son stealing the family’s lightbulbs, a father pushing his Sisyphean heart to jail to post bail yet again, or a woman inhabiting the embrace of her lover, When My Brother Was an Aztec marks an exciting poetic debut.

I Watch Her Eat the Apple

She twirls it in her left hand,
a small red merry-go-round.

According to the white oval sticker,
she holds apple #4016.
I’ve read in some book or other
of four thousand fifteen fruits she held
before this one, each equally dizzied
by the heat in the tips of her fingers.

She twists the stem, pulls it
like the pin of a grenade, and I just know
somewhere someone is sitting alone on a porch,
bruised, opened up to their wet white ribs,
riddled by her teeth—
lucky.

With her right hand, she lifts the sticker
from the skin. Now,
the apple is more naked than any apple has been
since two bodies first touched the leaves
of ache in the garden.

Maybe her apple is McIntosh, maybe Red Delicious.
I only know it is the color of something I dreamed,
some thing I gave to her after being away
for ten thousand nights.

The apple pulses like a red bird in her hand—
she is setting the red bird free,
but the red bird will not go,
so she pulls it to her face as if to tell it a secret.
She bites, cleaving away a red wing.
The red bird sings. Yes,
she bites the apple and there is music—
a branch breaking, a ship undone by the shore,
a knife making love to a wound, the sweet scrape
of a match lighting the lamp of her mouth.

This blue world has never needed a woman
to eat an apple so badly, to destroy an apple,
to make the apple bone—
and she does it.

I watch her eat the apple,
carve it to the core, and set it, wobbling,
on the table—
a broken bell I beg to wrap my red skin around
until there is no apple,
there is only this woman
who is a city of apples,
there is only me licking the juice
from the streets of her palm.

If there is a god of fruit or things devoured,
and this is all it takes to be beautiful,
then God, please,
let her
eat another apple
tomorrow.

Natalie Diaz, a member of the Mojave and Pima Indian tribes, attended Old Dominion University on a full athletic scholarship. After playing professional basketball in Austria, Portugal, Spain, Sweden, and Turkey she returned to ODU for an MFA in writing. Her publications include Prairie Schooner, The Iowa Review, and Crab Orchard Review, among others. Her work was selected by Natasha Trethewey for Best New Poets and she has received the Nimrod/Hardman Pablo Neruda Prize for Poetry. She lives in Surprise, … 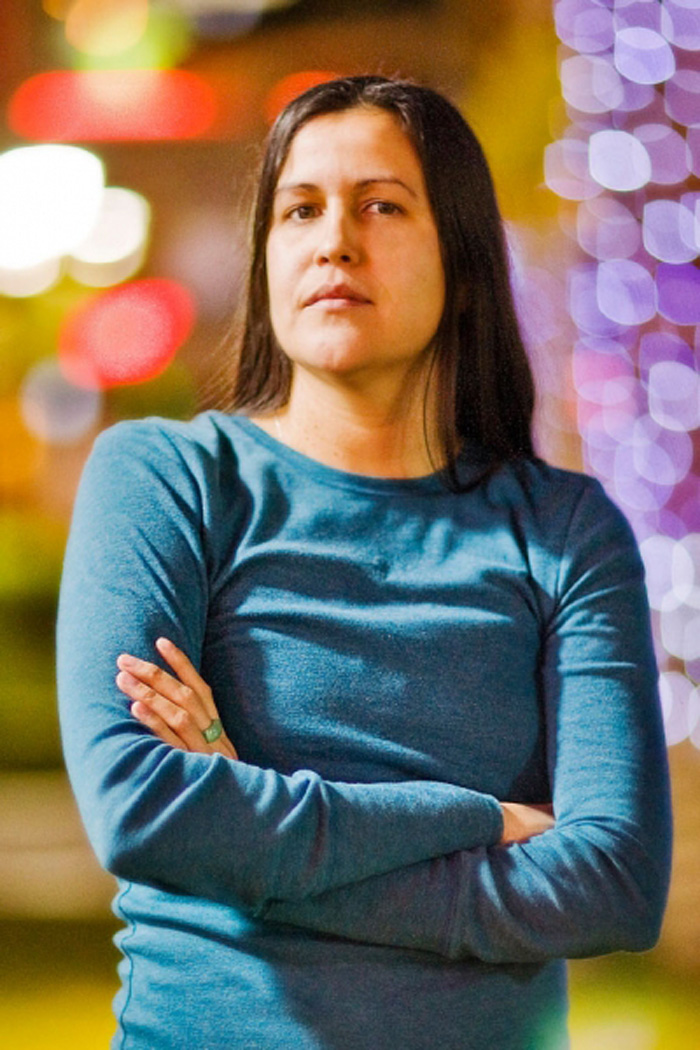 “This debut collection is a fast-paced tour of Mojave life. In darkly humorous poems, Diaz illuminates far corners of the heart.” —Publishers Weekly

“When My Brother Was an Aztec reads with an undoubtedly earnest voice and illustrates Diaz’s capacity for language and metaphor, while still heeding her personal experience.” —Coldfront