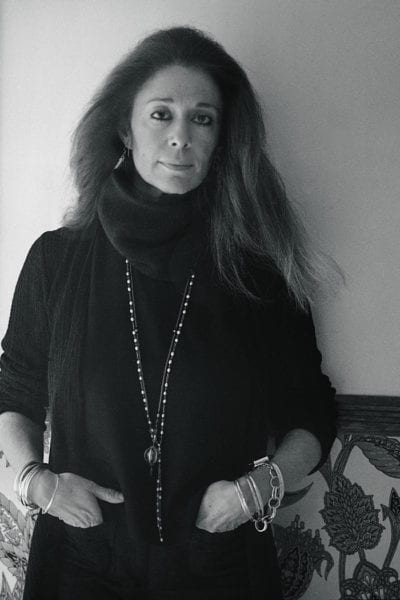 Jorie Graham was born in New York City in 1950. She was raised in Rome, Italy and educated in French schools. She studied philosophy at the Sorbonne in Paris before attending New York University as an undergraduate, where she studied filmmaking. She received an MFA in poetry from the University of Iowa. Graham is the author of 14 collections of poetry, most recently Runaway (Ecco 2020), Fast (Ecco 2017), PLACE (Ecco 2012), Sea Change (Ecco, 2008) and The Dream of the Unified Field: Selected Poems 1974-1994, which won the 1996 Pulitzer Prize for Poetry. Graham has also edited two anthologies, Earth Took of Earth: 100 Great Poems of the English Language (1996) and The Best American Poetry 1990. Her work has been widely translated and is the recipient of multiple awards, including a John D. and Catherine T. MacArthur Fellowship, The Forward Prize (UK), The International Nonino Prize, the Los Angeles Times Book Award, and The Wallace Stevens Award. She has taught at the University of Iowa Writers’ Workshop and is currently the Boylston Professor of Rhetoric and Oratory at Harvard University. She served as a Chancellor of The Academy of American Poets from 1997 to 2003.

About her work, James Longenbach wrote in the New York Times: “For 30 years Jorie Graham has engaged the whole human contraption—intellectual, global, domestic, apocalyptic—rather than the narrow emotional slice of it most often reserved for poems. She thinks of the poet not as a recorder but as a constructor of experience. Like Rilke or Yeats, she imagines the hermetic poet as a public figure, someone who addresses the most urgent philosophical and political issues of the time simply by writing poems.”