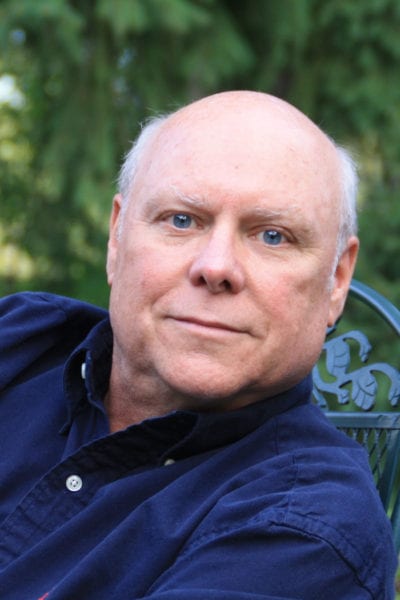 Throughout his career, Richard Jones has written from a luminous interiority, in deceptively simple, elegant language. His complex and intimate poems are spare, intentional models of clarity and restraint. Yet the formal quietness and the clear style belie neither the poetry’s soulfulness nor the poet’s intelligence; rather, such lucidity attains a kind of radiance. Richard Jones’s sixteen books include Apropos of Nothing (Copper Canyon, 2006), The Correct Spelling & Exact Meaning (Copper Canyon, 2010), and Stranger on Earth (Copper Canyon, 2018). He has two new books forthcoming, Paris and Avalon. His new and selected poems, The Blessing (Copper Canyon, 2000), received the Society of Midland Authors Award, and his debut volume, Country of Air (Copper Canyon, 1986), won the Posner Award. His work appears in such popular anthologies as Billy Collins’s Poetry 180 and Garrison Keillor’s Good Poems. For forty years he has edited the literary journal Poetry East and curated its many anthologies, including Origins, The Last Believer in Words, and Bliss. Born in London and an inveterate traveler, he has read his poetry both at home and abroad in France, Italy, Germany, Ireland, and Japan. He is professor of English at DePaul University in Chicago.