Home > Books > Darkness Sticks to Everything by Tom Hennen

Darkness Sticks to Everything 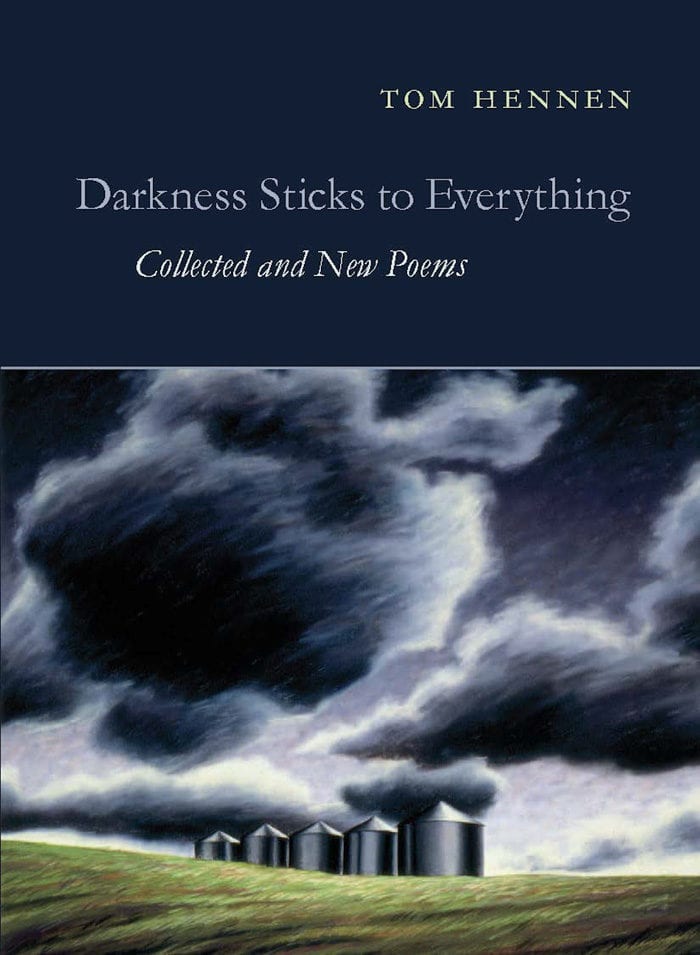 Tom Hennen gives voice to the prairie and to rural communities, celebrating—with sadness, praise, and astute observations—the land, weather, and inhabitants. In short lyrics and prose poems, he reveals the detailed strangeness of ordinary things. Gathered from six chapbooks that were regionally distributed, this volume is Hennen’s long-overdue introduction to a national audience. With an introduction by Jim Harrison, who considers these poems “work of the highest order.”

I needed a heavy canvas jacket riding the cold red tractor, air like an ice cube on bare skin.  Blue sky over the aspen grove I drove through on the way back to the field, throttle wide open, the empty wagon I pulled hitting all the bumps on the dirt road.  In the high branches of the aspens little explosions now and then sent leaves tumbling and spinning like coins tossed into the air.  The two-row tractor-mounted corn-picker was waiting at the end of the corn rows, the wagon behind it heaped so high with ears of corn their yellow could be seen a mile away.  My father, who ran the picker was already sitting on the ground, leaning back against the big rear wheel of the tractor.  In that spot out of the wind we ate ham sandwiches and doughnuts, and drank hot coffee from a clear Mason jar wrapped in newspaper to keep it warm.  The autumn day had spilled the color gold everywhere: aspen, cornstalks, ears of corn piled high, coffee mixed with fresh cream, the fur of my dog, Boots, who was sharing our food.  And when my father and I spoke, joking with the happy dog, we did not know it then, but even the words that we carelessly dropped were left to shine forever on the bottom of the clear, cold afternoon.

Born into a big Dutch-Irish family in 1942 in Morris, Minnesota, Tom Hennen grew up on farms. After abandoning college, he married and began work as a letterpress and offset printer in 1965. In 1972 he helped found the Minnesota Writers’ Publishing House, printing with a press stashed in his garage work that included his first chapbook, The Heron with No Business Sense. He worked for the Department of Natural Resources Wildlife Division in the 1970s and later worked as … 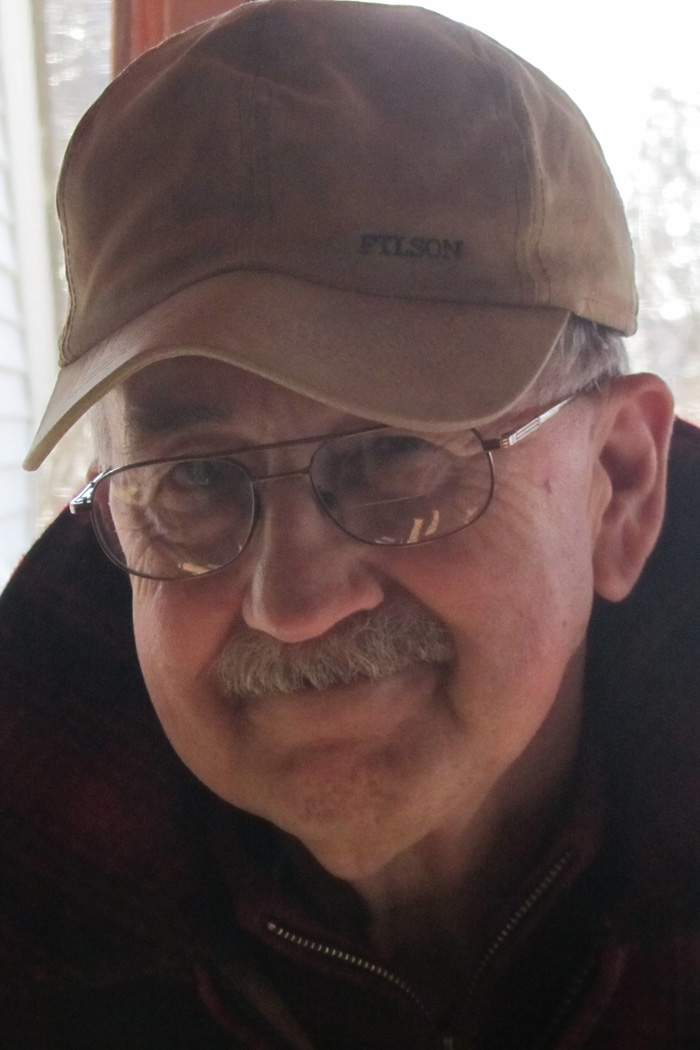 “It’s hard to believe that this American master—and I don’t use those words lightly—has been hidden right under our noses for decades. But despite his lack of recognition, Mr. Hennen, like any practical word-farmer, has simply gone about his calling with humility and gratitude in a culture whose primary crop has become fame. He just watches, waits and then strikes, delivering heart-buckling lines.” —Dana Jennings, New York Times

“In his introduction, Jim Harrison tellingly likens Hennen’s work to that of former poet laureate Ted Kooser. Hennen writes simply and affectingly of rural life in the heartlands, where ‘Night doesn’t fall / It rises out of low spots.’ He’s been publishing since 1974 but is receiving national distribution only now; many readers will appreciate this evocation of a life not as commonly portrayed in contemporary verse.” —Library Journal

“There is something of the ancient Chinese poets in Hennen, of Clare and Thoreau, although he is very much a contemporary poet.” —Willow Springs

“Hennen is a master of the prose poem [who] can take little details, tiny details and make them universal.” —River Falls Journal

“One of the most charming things about Tom Hennen’s poems is his strange ability to bring immense amounts of space, often uninhabited space, into his mind and so into the whole poem.” —Robert Bly

“As with Ted Kooser, he is a genius of the common touch. I have followed the work of no other American poet with greater pleasure and fidelity. He sings a bel canto simplicity better than anyone else… It was the greatest of pleasures to read this manuscript closely and to be reminded again how deeply the earth inhabits us.” —Jim Harrison, from the introduction

“One might anticipate that familiarity with the Midwest, prairies, or small towns is a prerequisite for enjoying this collection, but this is not so: such poems as ‘Usually an Old Female is the Leader’ speak universally, to hunters, men, and women alike: “A man / can’t get warm / He tries to shoot down / The old hen duck / As she leads her flock away from snow. / His shotgun pulls him into the sky.” —Midwest Book Review