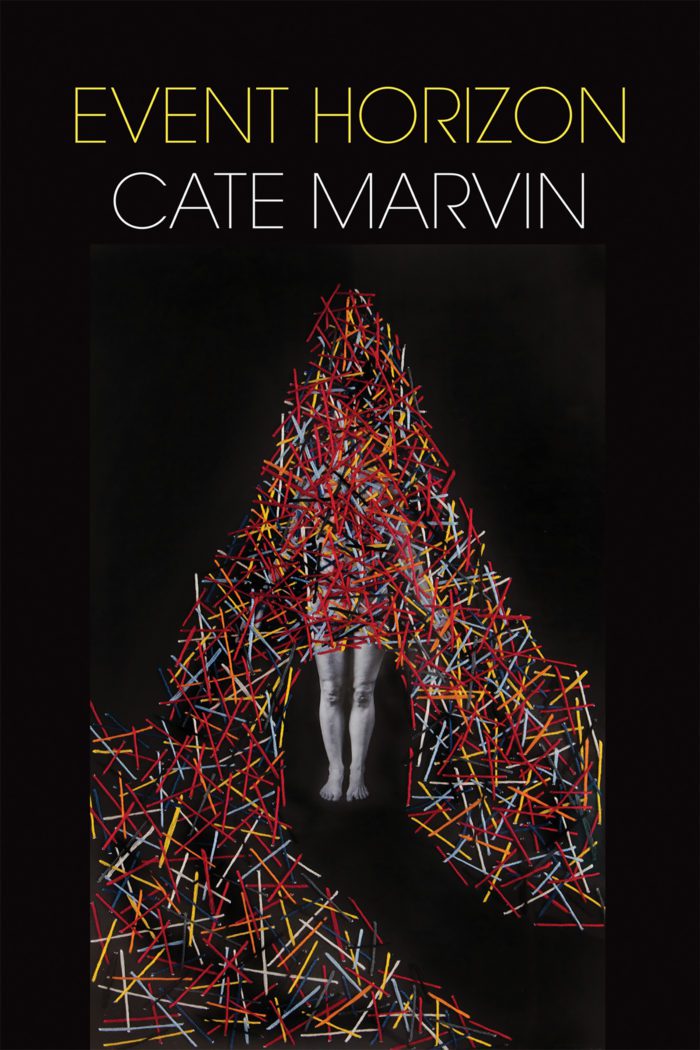 Cate Marvin’s brilliant fourth poetry collection exists just outside of calamity. Set between the violent realm of patriarchy and the bright otherworld of female agency and survival, these are poems of pointed humor and quick intellect, radical exposure and (re)vision. At Marvin’s table, the knife of domesticity becomes a threat, sharpened and shined. Misogyny pulls the sheets from the bed; motherhood wails from the backseat of the car; our hero is ghosted (abandoned, haunted) by past friends and beloveds. Event Horizon asks, at what point do we disappear into our experiences? How do we come out on the other side?

It didn’t matter that my daughter turned into a son

and then back again into a  ame and cut their hair

I’d use to dust away the cobwebs. Or that I’d taken

to dressing as the battered women’s hotline, that

my stalker was trying to pretend we’d never stood

before that judge in Essex County who stated There

is no reason you ever need to talk to her again, instead

writing me an email as if we’d remained friends. Or

that the woman who ran the session on domestic

abuse said it only takes a minute of stopping oxygen from

getting to the brain to cause brain damage (gestures,

her hands grabbing at her throat on the Zoom screen).

I, too, have been strangled. Women’s faces collect in

rows of chocolate-box squares on my laptop. Each

one may as well be me. We look back at one another.

I was curled up inside my own daughter waiting for

her to ask for a razor. She was getting to be that age.

Her .ngernails were long and elegant as spoons, not

gnawed like mine. Her teeth I love a lot, yellow ivory

of my grandmother: they were tiny and imperious as

those of a hippopotamus. In fact the one prayer I’d

made was for her not to end up with this particular

nose. But when I saw it on her, I saw she pulled it

off. It was bitterly, cruelly cute, a challenge because

if her nose was stu y folks could see right up it. She

was not a feminine daughter either, which suited me

better; she’d sliced the ice skates right off her ankles

and refused to dance. Her hands, however,

nails tapered. It’s the hands that will give them away.

My daughter is gone. She snu ed her name. It meant

light. I spent months thinking it up. When they were

four, the man I was with told me he thought my kid

had a bad streak. This coming from a blackout drunk

who spent his days looking out from his second-story

at me whenever I pulled into the driveway. .ey can’t

remember any of this, nor the day I scooped them up

into my arms, put them in the car, and we drove away.

Perhaps it feels this way to them, like they are driving

away from something dangerous, their name. A name

in a spoon. Who in their right mind wants to be poured

in along with them? We don’t keep enough mirrors in

this house. .ey are more beautiful than they realize.

Cate Marvin’s first book, World’s Tallest Disaster, was chosen by Robert Pinsky for the 2000 Kathryn A. Morton Prize and published by Sarabande Books in 2001. In 2002, she received the Kate Tufts Discovery Prize. She co-edited with poet Michael Dumanis the anthology Legitimate Dangers: American Poets of the New Century (Sarabande Books, 2006). Her second book of poems, Fragment of the Head of a Queen, for which she received a Whiting Award, was published by Sarabande in 2007. Her third … 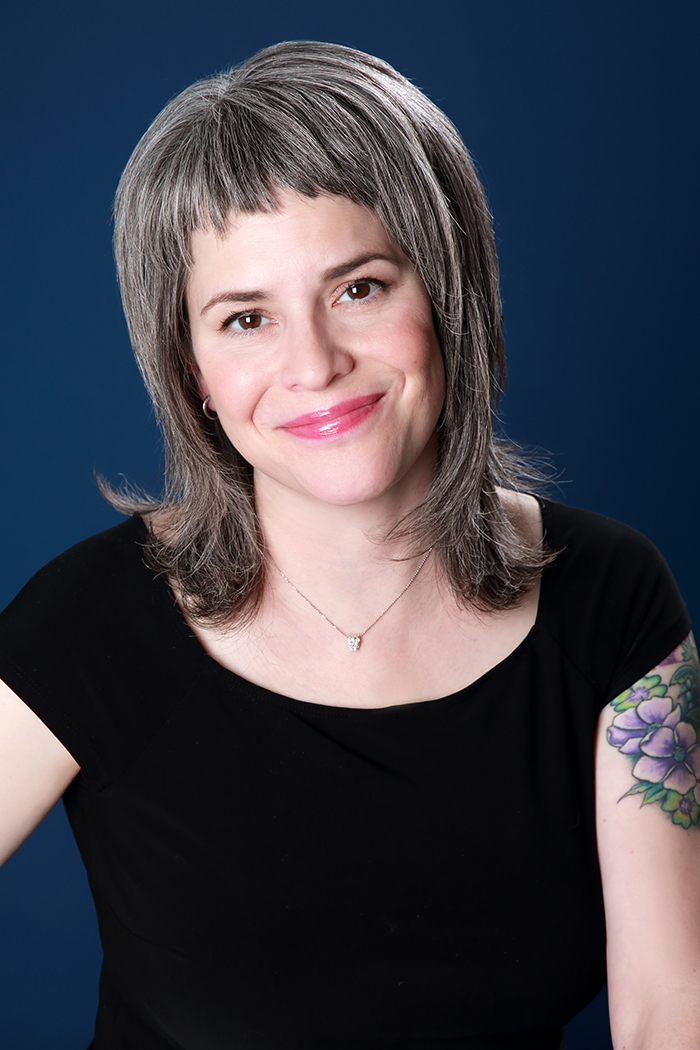 “Sometimes Cate Marvin seems to be speaking directly to me: a poet who loves the language she loves. Her poems are made of sentient sentences.  She channels the intensities of a present woman. Present being equal to nowness, witness, existence. This is simply a stunning collection.” —Terrance Hayes