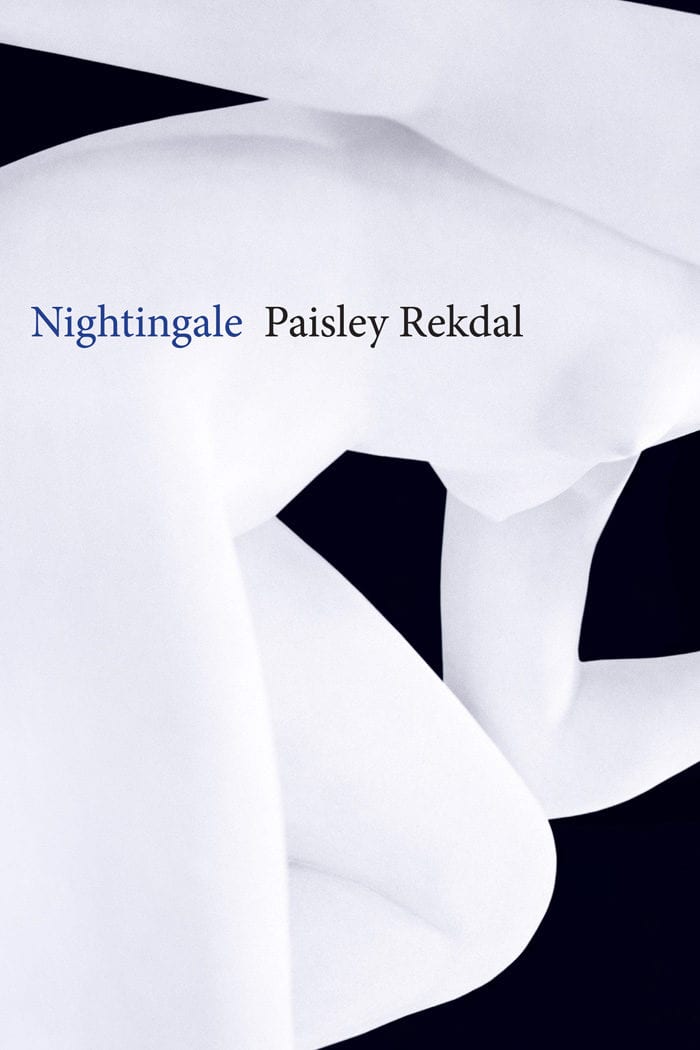 Nightingale is a book about transformation. By radically rewriting myths central to Ovid’s Metamorphoses, Paisley Rekdal contemporizes Ovid’s tropes of violence, dismemberment, silence, and fragmentation. A series of connected poems trace the continuing effects of sexual violence and rape on survivors, where nightmares mix with images of empathy, and hope emerges from the dark forest of memory. Rekdal’s characters change and change again, not by divine intervention but through human events: illness, injury, love, creation. Is transformation punishment or reward? How does language name, and fail to name, that which permanently changes us? Nightingale boldly sings of our mutable world, where we each wake into something terrifyingly new.

Because her grandmother loved
the arts, her father said, she’d willed
the money to a distant cousin
working as a sculptor. A decision
made the month before she’d died
from cancer, which the young woman
cannot now believe was due
only to a brain tumor, having endured
the last, deliberate ways her grandmother asked
why she’d never married.
The cousin who inherited the money,
showed her sculptures in a converted barn:
the only space large enough to contain
the seething shapes that seemed to flame
up from their pedestals
in precarious arcs. An audacity
of engineering the young woman
tried not to see as a reproach
when, curious, she visited:
how the sculptures made her feel
too earthbound, solid. At the gallery,
she stared a long while at what she thought
was a tree blasted by lightning,
but the more she looked, the more clearly
shapes emerged. There
were a man’s hands gripping a slender figure
by the waist, the thin body writhing,
frozen in his arms. It was
a girl, she saw, with shredded
bark for breasts and dark, charred wood
for legs, as if the limbs had been snatched
from a fire while burning.
Her twig hands raked
her captor’s face. The young woman
could read no emotion on it,
however: the plank face
had been scraped clean; all the fear
and anger burned instead inside
their twisting bodies: she could see
the two there stuck at a point
of perfect hatred for each other: she
for his attack, he for her resistance,
perhaps the beauty he could not
stand in her, as her last date in college
had hissed, “You think
you’re so fucking pretty,” spitting it
into her face so that she’d had to turn
her cheek to wipe it, which was when
he’d grabbed her arm, pinning her—

Was this why her cousin had been chosen, to make
what she’d had no words for?
Persephone, the piece she stood
amazed before had been titled: the last,
perhaps unconscious gift of her grandmother.
“For your wedding,” she’d said
during her last week, pointing
to her own open palm in which
nothing rested. Perhaps
her grandmother had imagined
a gold ring there. Perhaps a string
of thick pink pearls. The young woman
drove home from the gallery, took a shower,
and did not tell anyone that day
what it was she’d seen. A month later,
in the mail, a package came
from her father: her grandmother’s Singer
sewing machine, its antique brass wheel
scrubbed of gold, the wooden handle
glossy with vines of mother-of-pearl.
It was lovely, and for a moment
she considered sewing a quilt with it,
onto which she might embroider
shooting stars in reds and saffron, the figure
of a child, perhaps, or of a man
by a house’s courtyard, his hat
in his hands, his broad body
naked, harmless.

How much thread would that take
to make? she wondered. And considered it
a long while before packing up
the machine again, sliding it back
into its wood crate and high up onto a shelf
of her basement closet. The place she kept
some books, old clothes, and college papers,
where she told herself it could wait.

Paisley Rekdal is the author of three works of nonfiction, including The Broken Country: On Trauma, A Crime, and the Continuing Legacy of Vietnam, and six collections of poetry, most recently Nightingale. She is the recipient of fellowships and grants from the National Endowment for the Arts, the Guggenheim Foundation, and the Academy of American Poets, among others. She teaches at the University of Utah and is Utah’s poet laureate. 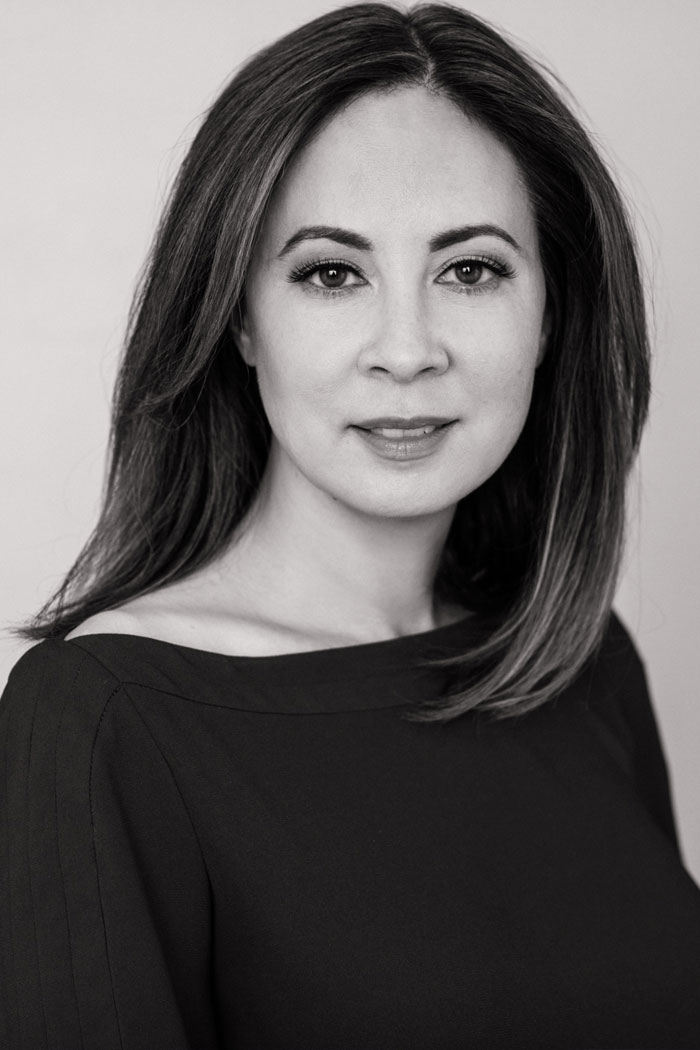 “Rekdal is a poet of observation and history, one who carefully weighs the consequences of time. She revels in detail but writes vast, moral poems that help us live in a world of contraries in which ‘we hold still for the camera, believing / it will shore up time, knowing it won’t.’ These are some of the best lyric poems being written today.” —Craig Morgan Teicher, Los Angeles Times

“Geoffrey Hill once praised what he referred to as ‘the sensuous intellect,’ and that seems to be what moves Rekdal (in both senses of the verb) most often in [her] poems… [that] end in generous, small deceptions, uncertain transformations, and beauty. It’s the kind of thing we might get from a short story but that our notions of poetry too often seem to preclude (Rekdal’s poems, while unmistakably poetry, often excel at prose virtues)―a commitment to illusion based on its potential to hold something valuable and true.” —Jonathan Farmer, Kenyon Review

“Rekdal’s [work] is relentlessly heartbreaking and intense, but also full of the pleasures of closely observed detail and imagination given free rein.” —Publishers Weekly, starred review

“Rekdal reveals so much about artmaking, trauma, and the role of poetry through the gloss in this labyrinthine collection.” —AGNI

“Reading through Nightingale, one is struck by Rekdal’s marriage of the past with the present, her fusion of more old-school modes with contemporary, forward-thinking poetics… Rekdal rewards patient reading, trusting the reader to go back and crack open Ovid for a full view of the book’s rich, tapestry-like allusiveness.” —The Rumpus