So Far So Good 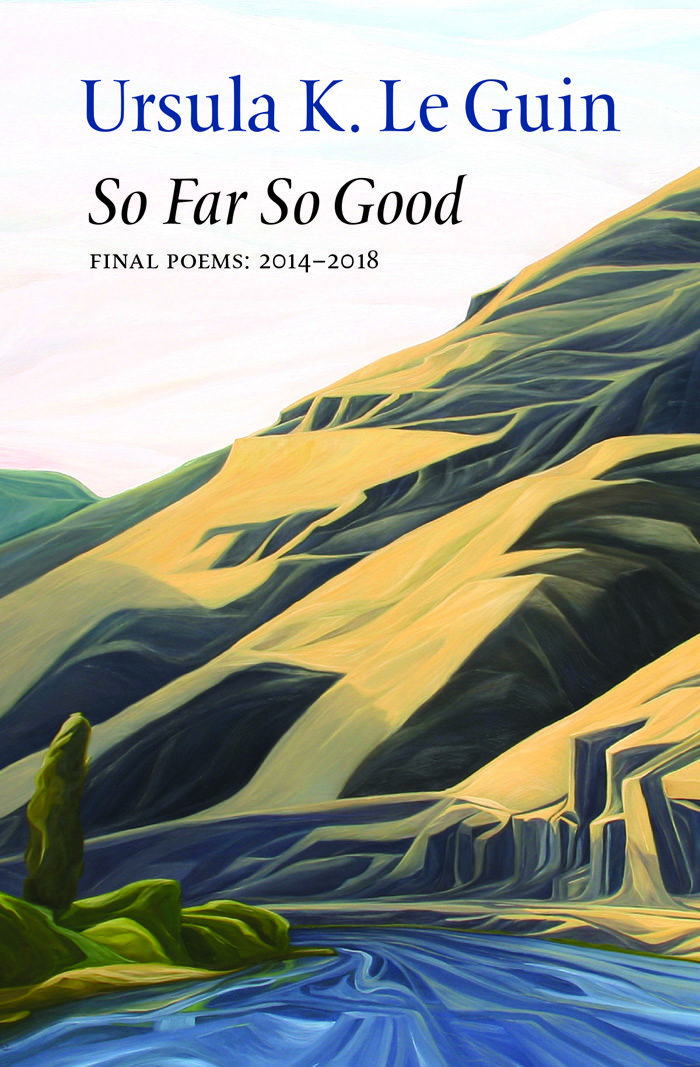 Legendary author Ursula K. Le Guin was lauded by millions for her groundbreaking science fiction novels, but she began as a poet, and wrote across genres her entire career. In this clarifying and sublime collection—completed shortly before her death in 2018—Le Guin is unflinching in the face of mortality, and full of wonder for the mysteries beyond. Redolent of the lush natural beauty of the Pacific Northwest, with rich sounds playfully echoing myth and nursery rhyme, Le Guin bookends a long, daring, and prolific career.

Spirit, rehearse the journeys of the body
that are to come, the motions
of the matter that held you.
Rise up in the smoke of palo santo.
Fall to the earth in the falling rain.
Sink in, sink down to the farthest roots.
Mount slowly in the rising sap
to the branches, the crown, the leaf-tips.
Come down to earth as leaves in autumn
to lie in the patient rot of winter.
Rise again in spring’s green fountains.
Drift in sunlight with the sacred pollen
to fall in blessing.

All earth’s dust
has been life, held soul, is holy.

Ursula K. Le Guin was the author of over 60 novels, short fiction works, translations, and volumes of poetry. She was known widely for her works of science fiction and fantasy, including the acclaimed novels The Left Hand of Darkness and The Dispossessed. Le Guin received numerous awards and honors, and her books continue to sell millions of copies worldwide. An author of singular imagination and resolve, Le Guin died in 2018 at her home in Portland, Oregon. 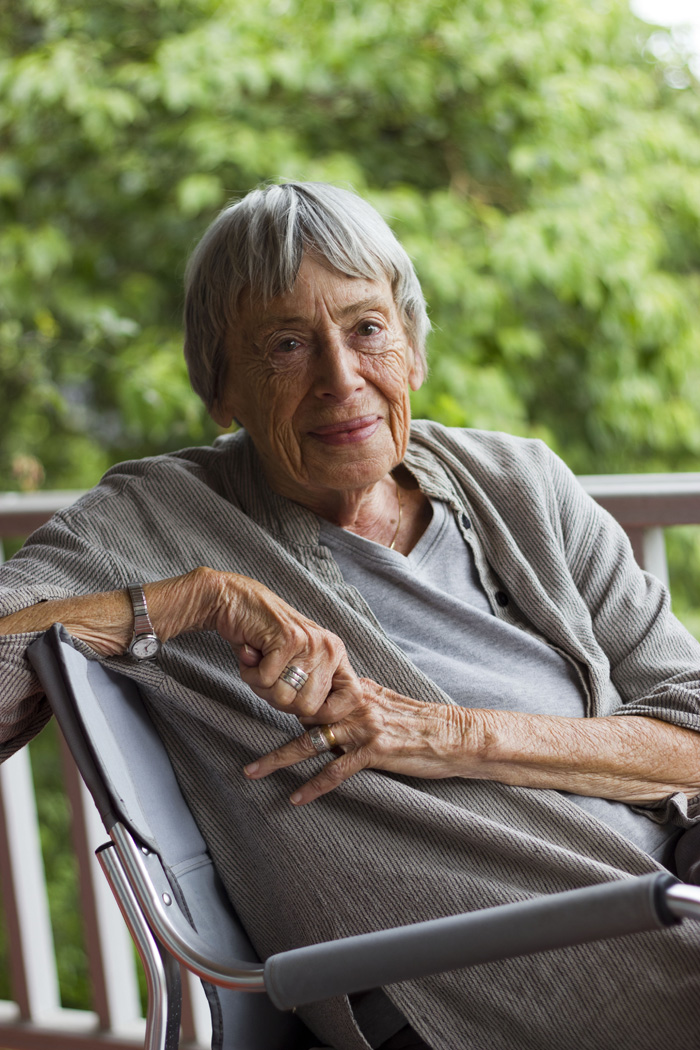 “[Le Guin’s] writings and convictions were driven by a big heart—the heart of a poet who knew all too well the difference between miracle and eureka, revelation and revolution.” —Publishers Weekly, starred review

“Ursula K. Le Guin, loved by millions for her fantasy and science-fiction novels, ponders life, death and the vast beyond in So Far So Good, an astute, charming collection finished weeks before her death in January, 2018. Fans will recognize some of the motifs here—cats, wind, strong women—as well as her exploration of the intersection between soul and body, the knowable and the unknown. The writing is clear, artful and reverent as Le Guin looks back at key memories and concerns and looks forward to what is next: ‘Spirit, rehearse the journey of the body / that are to come, the motions / of the matter that held you.'” ―Washington Post

“Le Guin’s farewell poetry collection, contains all that created her reputation for fiction—sharp insight, restless imagination, humor that is both mordant and humane, and, above all else, that connection to all creation, that ‘immense what is’.” —New York Journal of Books

“It’s hard to think of another living author who has written so well for so long in so many styles as Ursula K. Le Guin.” ―Scott Timber, Salon

“She never loses touch with her reverence for the immense what is.” ―Margaret Atwood

“There is no writer with an imagination as forceful and delicate as Le Guin’s.” ―Grace Paley

“Ursula Le Guin has had an extraordinary impact on several generations of readers and, particularly, writers in the United States and around the world. She has shown how great writing will obliterate the antiquated—and never really valid—line between popular and literary art. Her influence will be felt for decades to come.” ―Judges’ citation, National Book Foundation Medal for Distinguished Contribution to American Letters

“Le Guin, of course, has long been one of our most powerful writers of conscience.” ―David L. Ulin, Los Angeles Times

“Ursula K. Le Guin’s prose breathes light and intelligence. She can lift fiction to the level of poetry and compress it to the density of allegory.” ―Jonathan Lethem