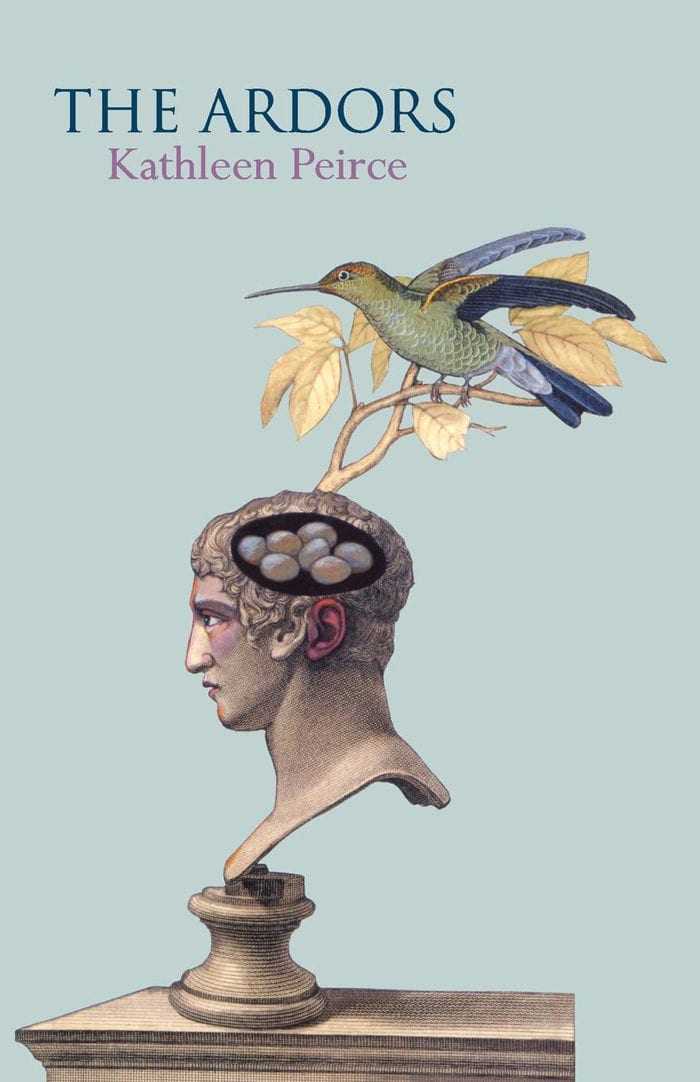 This is the fourth collection by Kathleen Peirce, whose earlier work won the Associated Writing Programs Prize, the Iowa Prize, and the William Carlos Williams Award from the Poetry Society of America. She teaches at Texas State University. Of this book, the poet Jean Valentine has written: “Startling in their mystery, these poems are entirely original: abstract and passionate, sensual and otherworldly, trance-like and exciting. They are told through a ‘we,’ perhaps all of us human beings, remembering; yet strangely, too, each of us experiencing everything alone. The Ardors is a book that takes us beyond ourselves, beyond our workaday bodies and souls.”

Outermost nacreous layer where reflection was
made constantly to bend is how the pearl turned,
even when at rest, like the simple hunger of the dead
brought to bear on the smell of baking bread,
then felt by us as peacefulness
when bending toward a loaf, a slice, a crumb. In this way
we felt acted on as well as left alone, at every turn
reawakening with variation,
with the sense of previous bearings
as well as those we lacked. We saw ourselves
not in the pearls we found, but in the pearls too deep,
too underneath, that went unseen
and were increased. These lay together in our minds;
with these we made adornments for someone.

Kathleen Peirce is the author of Vault: A Poem (New Michigan Press, 2017), The Ardors (Ausable/Copper Canyon, 2004), The Oval Hour (University of Iowa Press, 1999), winner of the Iowa Poetry Prize, Divided Touch, Divided Color (The Windhover Press, 1995), and Mercy (University of Pittsburgh Press, 1991). She has received AWP’s Donald Hall Prize, The William Carlos Williams Award, and a Whiting Award, and her books have been finalists for the Los Angeles Times Book Prize and the Four Quartets … 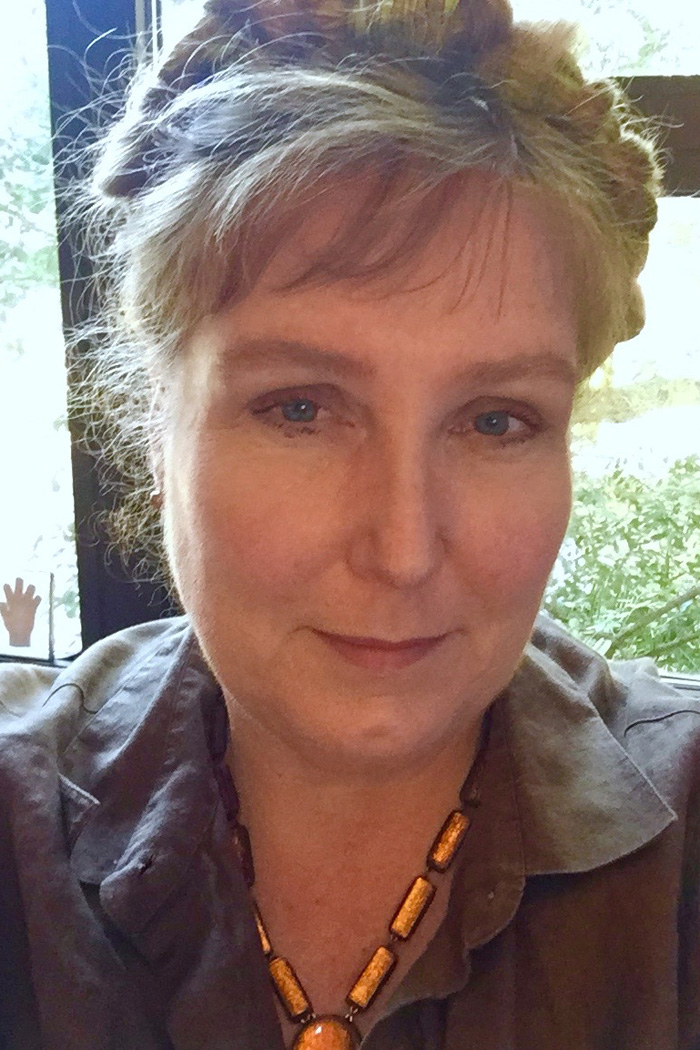 “As a book—a ‘man-made thing / contrived for widening [our] lives’—this one has an unusual and specific function. It works, somehow, as an entering wedge, or lever, with which to pry us at least momentarily loose from our habitual ways of seeing and acting, precisely by making us aware of what, in fact, they are—and without even the lure of a strong identification with another persona’s ‘story’ or drama, as most of the events noted here are seductively plain and mundane—routine, as well as collective; in short, the usual… That the poems are also incredibly beautiful is part of their spell, part of what allows them to be useful in this exact way—and so, by accumulation, they become a string of pearls—literal and lustrous with wisdom.” —Poetry International

“There’s an odd and strenuous chocolate viola cranking out a rising sun in some of the heavier atmospheres of this memorable new book by Kathleen Peirce. There’s an animistic ‘psychoanalysis of fire’ and then the cold slated vaults of a night sky. I even thought of some of the perfect aphorisms of Gaston Bachelard—the sense of something very beautiful pulsing around an average value—before I reached the notes at the end of this excellent collection. This was a muse who built, in language alone, a metronome for the nitrogen cycle. But this now familiar homily on the poetics of space is often just “instruction” with Bachelard. In Peirce’s The Ardors, the pearl slapdash of an obsession with a single word and all the formal devices, the broken arguments of sonnet and ode, somehow become immediately soluble in an almost painful dailiness of life. It’s as if it’s a lovely morning, in all our worlds. Maybe a medieval world, with cats and mice, but without the self-conscious flotsam and jetsam of a bad fat boat like the Musée des Beaux Arts. You know, some precious ark of things seen! The arguments in the more formal of these poems are nearly Miltonic—I refer now to the darkness of a world quarreling with its light and, in balance, the light of that same world quarreling with its darkness, that cold, cold envoy.” —Norman Dubie

“Like dreams and pearls, the poems in Kathleen Peirce’s The Ardors are driven by the intense heat of ancient obsessions trying to break free. Although strongly personal and even confessional, the voice in Peirce’s poems comes through not ‘I’ but the more universal ‘we,’ which both expands the reader’s view and simultaneously dislocates the pain expressed. This produces an odd sense of place, not quite reality, but also not quite dream. It is a landscape where looking at ‘A single snail baffle[s] us,’ and where we are asked questions like ‘Do you hear / how morning feels?’ Yet, these are not simply exercises in strangeness; they are poems in which the strange points directly at the contradictions of our lives… The Ardors is an unsettling book that travels deeply into the human psyche. Full of startling lines like ‘How flammable / the smallest sorrows are,’ it is both a censure of the human ego and a testament to the fragility of human joys. In a world where many things can become obsessions, poems like these should be placed high on the list of candidates.” —Rain Taxi

“What a strange, enigmatic book The Ardors is; a restrained, yet oddly sensual collection of shorter poems: sonnets, nearly-sonnets and odes that seem less separate poems than continuations of a single thought or pearls on a necklace… And each poem is full of a sort of pearlescent light, a sometimes eerie, sometimes calming glow, augmented by water, mirror and window images that diffuse light, and when they illuminate at all, they illuminate gently. All the water, fog, wind and glass form a nacreous membrane through which the past, the future, the different sides of ourselves and others, can just barely be seen… The scope of this book is both tiny and vast, and these short poems full of long sentences move with surprising sedateness, giving them a depth that makes them truly three dimensional; much deeper than they are long… if you like your poetry to be fast, to dazzle you like lasers off a diamond, The Ardors won’t be your cup of tea, but if you like sinking slowly into a realm of liquid, pearly light, take a deep breath and slip into Kathleen Peirce’s dreamy world, where the we is you.” —New Pages