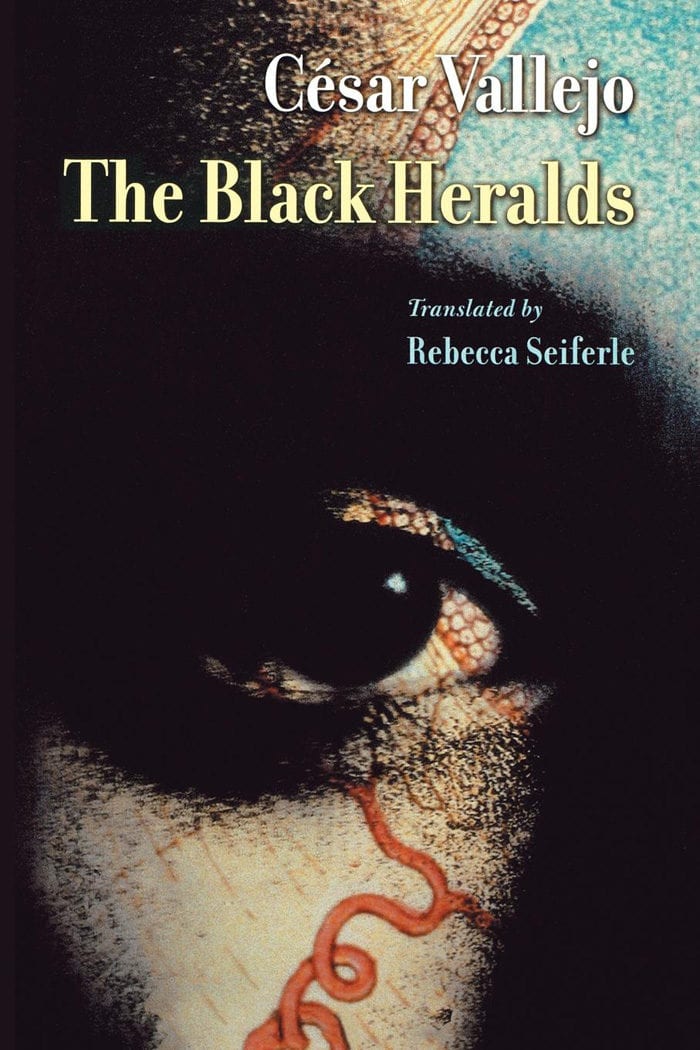 César Vallejo, one of the great Spanish-language poets of the twentieth century, merged radical politics, Latin American languages and indigenous consciousness to create a truly New World poetry. He wrote five books of verse but published only two collections during his lifetime: The Black Heralds (1919) and Trilce (1922).

In this bilingual volume, translator Rebecca Seiferle addresses previous translations of Vallejo’s poety. As she writes in her introduction, “Those poets who have translated Vallejo are poets with often feverish assumptions about poetic practice and its connection to being, who found in Vallejo fertile ground for the cultivation of their own poetic theory and practice… As I was drawn further and further into Vallejo’s own words, I began to have the sense that [his] work was still being colonized… He seems to me to be a much more intelligible poet, but also much more unknown, in his own terms.”

There are blows in life, so powerful… I don’t know!
Blows like God’s hatred; as if before them,
the undertow of everything suffered
were to well up in the soul… I don’t know!

They’re few; but they exist… They open dark furrows
in the most ferocious face and the most powerful loins.
Perhaps, they’re the wooden horses of barbaric Attilas,
or black messengers that Death sends to us.

They’re profound lapses of the soul’s Christs,
of some adorable faith that Destiny blasphemes.
Those bloodthirsty blows are the cracklings of some
bread that in the oven’s door burns up on us.

And man… Poor…poor man! He turns his eyes, as
when a slap on the shoulder calls us by name;
he turns his crazed eyes, and everything he’s lived
wells up, like a pool of guilt, in his gaze.

There are blows in life, so powerful… I don’t know!

César Vallejo was born in 1892 in Santiago de Chuco, a small village in the Peruvian Sierra. His schooling was often interrupted for financial reasons though he studied, at various times, law, medicine, the sciences, and the humanities; he also worked at intervals as a clerk for mines and sugar plantations where the conditions appalled him. When Vallejo was in his early twenties his poems began to appear in magazines and local newspapers. He published his first book of poetry, … 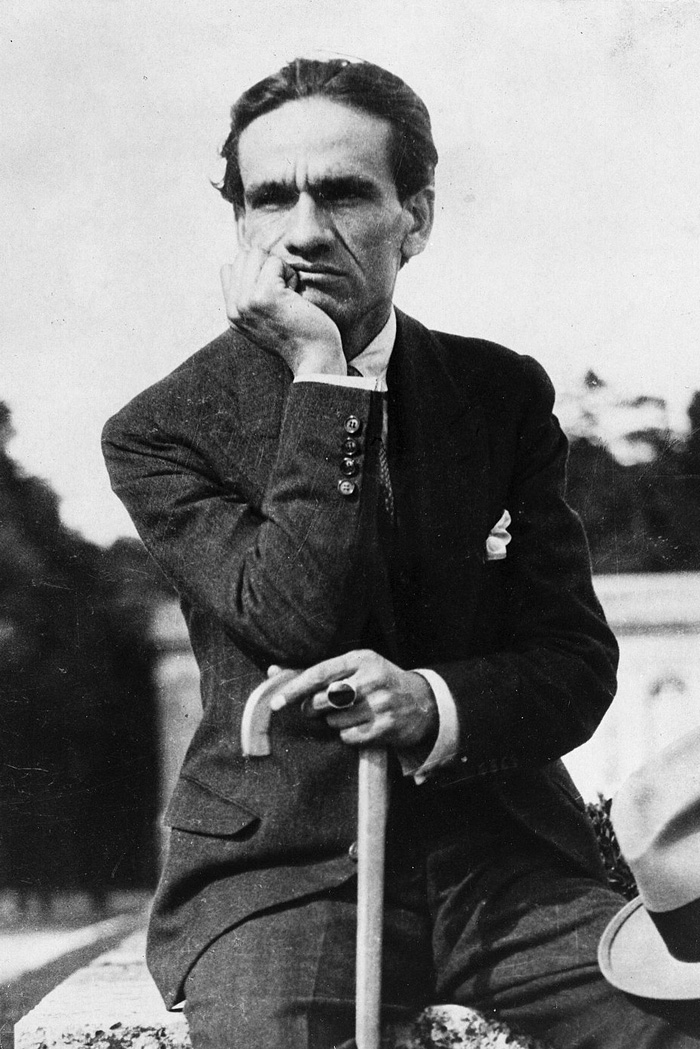 Rebecca Seiferle was awarded a Lannan Literary Fellowship in 2004. She has translated two poery collections from the Spanish by César Vallejo, most recently The Black Heralds (Copper Canyon, 2003). Her translations have been included in several anthologies. Her own work has been included in over twenty-five anthologies and has been translated into Italian, Spanish, Lithuanian, and Latvian. She has been a poet-in-residence at Brandeis University and has taught in the Stonecoast MFA Program, the Port Townsend Writers Conference, the …

“In The Black Heralds, Seiferle labors in her introduction and translations at freeing Vallejo’s work from what she calls the poetry of colonialism and its ‘tourist-like tropes.’ There is no doubt that Vallejo miraculously combined radical Marxist politics with a Latin American consciousness that incorporated indigenous languages (like Quechua) into an astonishing natural lyricism and symbolism. Also miraculous is the poems’ resistance to reductionist impulses; the mode of expression remains deeply romantic in its surreality… Translation of poems is always a challenge—translating the wild anarchical Vallejo may be close to impossible. Still, this book is a long overdue re-envisioning of Vallejo. It will fall to his readers, in Spanish and English, to ultimately judge this latest attempt at embodying him on the page.” —Carol Muske-Dukes, Los Angeles Times Book Review

“The word ‘complex’ only begins to describe César Vallejo (1892-1938) as seen in Rebecca Seiferle’s bilingual translation of the poems in his first book, The Black Heralds. Originally published in 1918, this blend of sex, sin, mysticism and myth is divided into six sections and includes everything from Vallejo’s disenchantment with his homeland and religion, to his father’s old age and his mother’s, brother’s and lover’s deaths.” —San Francisco Chronicle

“In the continuing struggle over who ‘owns’ César Vallejo’s work and who has or has not ‘colonized’ it, veteran translator Rebecca Seiferle presents Vallejo’s overlooked first book. Along with Pablo Neruda, Vallejo is one of South America’s mythical poets and has long been attractive to translators who approach his difficult Spanish with various styles. Seiferle presents a contemporary Vallejo by sticking to short stanzas, typical free-verse forms, and few digressions from the original language. This book is essential to Vallejo studies and sets the stage for his later, better known work.” —Bloomsbury Review

“Seiferle is a gifted poet herself, and she brings her exquisite sense of timing and precision to Vallejo’s poems. In her lucid introductory essay, she claims Vallejo’s work has been translated into English by American poets who impose their own ‘feverish assumptions about poetic practice’ on his work and have misrepresented the autochthonic nature of his poetic project, that is to say the indigenous or native foundation and impulses of his writing. She has clearly researched Vallejo’s work with sensitivity and insight in order to render the most authentic versions possible. For this reason, I trust her choices… I had forgotten how utterly moving Vallejo’s work can be, and I am grateful for this new and very fine translation.” —New Pages