Home > Books > The End of the West by Michael Dickman

The End of the West 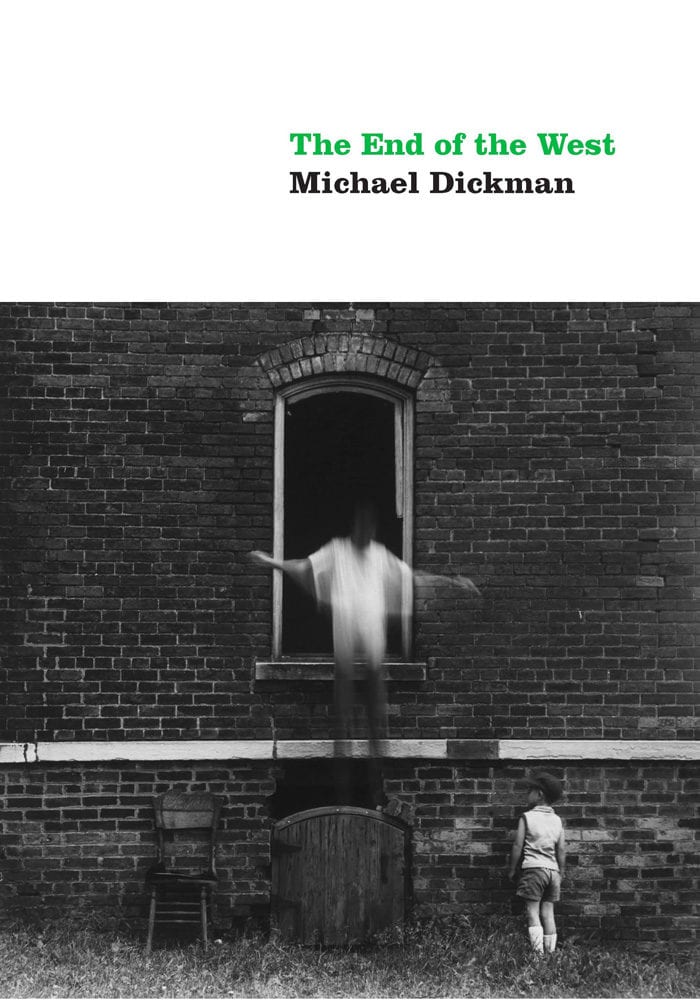 Michael Dickman’s breathtaking debut melds the mysterious with the everyday, documenting the bright desires and all-too-common sufferings of modern times: spiritual longing, the improbable expectations fathers have for their sons, drug abuse, gritty neighborhoods, and unfailingly complicated human relationships (“Ian broke his mother’s nose because she burned the pancakes”). Distinctive in their direct, unflinching view, Michael Dickman’s poems can proclaim, despite a catalogue of loss and disappointment: “Still / there is a lot to pray to / on earth.”

When you look down
inside yourself
what is there?

Tomorrow it could be different

The voices of my friends
in the sunlight

All of us running around
outside our
deaths

Michael Dickman is the author of four books from Copper Canyon Press: The End of the West, Flies (Winner of the 2010 James Laughlin Award from The Academy of American Poets), 50 American Plays (with his twin brother Matthew Dickman), and Green Migraine. He has been profiled in The New Yorker and is on the faculty at Princeton University. 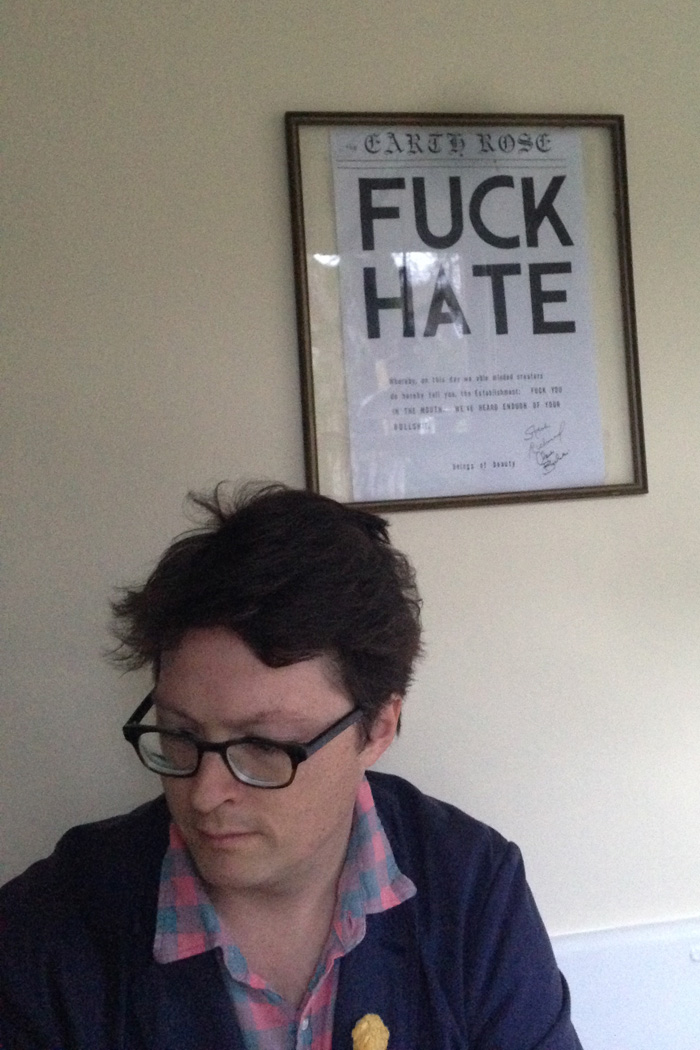 “With complete dedication and seriousness Michael Dickman has absorbed his influences and taught them to work hand in hand with his own unique genius to produce a style like no one else’s, one as instantly recognizable as that of poetic masters such as Dickinson, Follain, and Simic. To me, he is one of the younger American poets who are hiddenly heralding the end of the randomness, the glib irony Rilke strenuously warned against, the gratuitous non sequiturs and obscurities for obscurity’s sake which have been fashionable in our poetry for the past couple of decades, and which make it so difficult to determine whether or not a poet has talent or anything significant to tell us. His work achieves all that is most valuable and most difficult in writing: simplicity, clarity, specificity, mystery, primal sincerity, and emotion as Pound used the term, that is, artistic allegiance to whatever is universally shared and unalterable over time in the human experience. With the utmost gravity as well as a kind of cosmic wit, Dickman gives a voice to the real life sorrows, horrors, and indomitable joys that bind together the vast human family.” —Franz Wright

“The End of the West, Michael Dickman’s exuberant first book, is lit by all varieties of conflagration… In spite of the emotional load they carry, Dickman’s spare poems move in a slow, irregular gait, as if the hero is riding a loping horse down a movie set street, assessing his chances of survival here… Yet the movie is true… This is the real thing, this immediate world that is no ideal world.” —Foreword

“Some form of light—sunlight, moonlight, starlight, streetlight—appears in every one of the 18 poems in Dickman’s debut. Slight and spare, the poems’ frequent recurring themes accumulate beneficially, linking all the individual poems into one, more substantial piece.” —Publishers Weekly

“Elizabeth Bishop said that the three qualities she admired most in poetry were accuracy, spontaneity, and mystery. Michael Dickman’s first full-length collection of poems demonstrates each brilliantly… These are lithe, seemingly effortless poems, poems whose strange affective power remains even after several readings. Again and again the language seems to disappear, leaving the reader with woven flashes of image, situation, emotion… These are durable poems from one of the most accomplished and original poets to emerge in years.” —The Believer

“Dickman… invites me to participate in the construction of memory, or perception, in something that feels like real time; as the lines descend down the page, I literally drop down into experience: from thought to sneakered feet… It’s been some time since I encountered a poetry that, rather than talk to me or think at me, asked me to try on its body. I like it.” —Dana Levin, Poetry Foundation

“Not since Dylan Thomas has an American poet taken such careful aim at the enemies of love.” —Rain Taxi

“What strikes the reader most… is the quiet and space. Most of the lines are short, and the use of white space, combined with Dickman’s themes and images, is lovely and haunting… This is a book of sweeping but simple beauty… The collection as a whole, with its beauty, its burning, and its clear seeing is both a compassionate exploration of inherited struggle and also a chilling warning from the speaker to himself about the lurking possibility of brutality and pain.” —Pleiades

“Dickman’s poems are elemental—’Make a list / of everything that’s / ever been / on fire—Abandoned cars / Trees / The sea / Your mother burned down to the skeleton’—and at first glance they can seem disjunctive. But look closely, and you’ll find tightly crafted lines that deliver a one-two punch—visions, deftly etched, of an out-of-the-groove life. Dickman has already been cited as a poet to watch (along with twin Matthew); this debut proves it.” —Library Journal