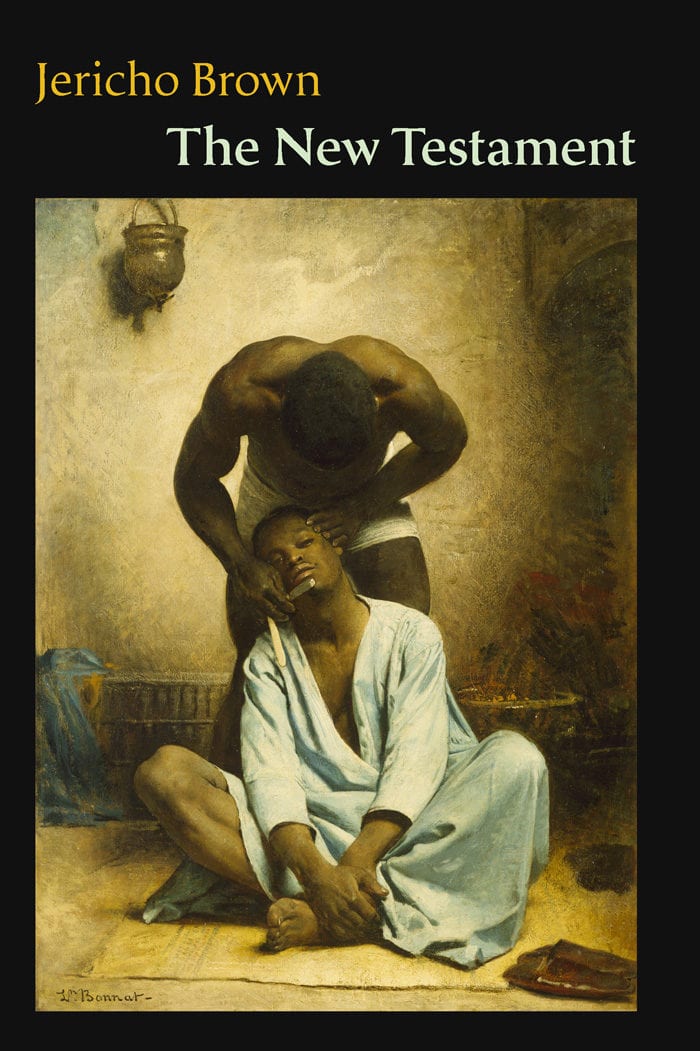 In The New Testament, Jericho Brown summons myth, fable, elegy, and fairy tale in a tender examination of race, masculinity, and sexuality. Intensely musical, Brown’s poetry is suffused with reverence—simultaneously transporting and transforming the reader. “As for praise and worship,” Brown says, “I prefer the latter.”

A triumphant second collection, The New Testament laments the erasure of culture and ethnicity, elegizes two brothers haunted by shame, yet extols survival in the face of brutality and disease. Brown seeks not to revise the Bible but to find the source of redemption.

I don’t remember how I hurt myself,
The pain mine
Long enough for me
To lose the wound that invented it
As none of us knows the beauty
Of our own eyes
Until a man tells us they are
Why God made brown. Then
That same man says he lives to touch
The smoothest parts, suggesting our
Surface area can be understood
By degrees of satin. Him I will
Follow until I am as rough outside
As I am within. I cannot locate the origin
Of slaughter, but I know
How my own feels, that I live with it
And sometimes use it
To get the living done,
Because I am what gladiators call
A man in love—love
Being any reminder we survived.

Jericho Brown is a Pulitzer Prize-winning poet and the recipient of fellowships from the Guggenheim Foundation, the Radcliffe Institute for Advanced Study at Harvard, and the National Endowment for the Arts, and he is the winner of a Whiting Award. Brown’s first book, Please (New Issues, 2008), won the American Book Award. His second book, The New Testament (Copper Canyon Press, 2014), won the Anisfield-Wolf Book Award. His third collection is The Tradition (Copper Canyon Press, 2019)—winner of the 2020 … 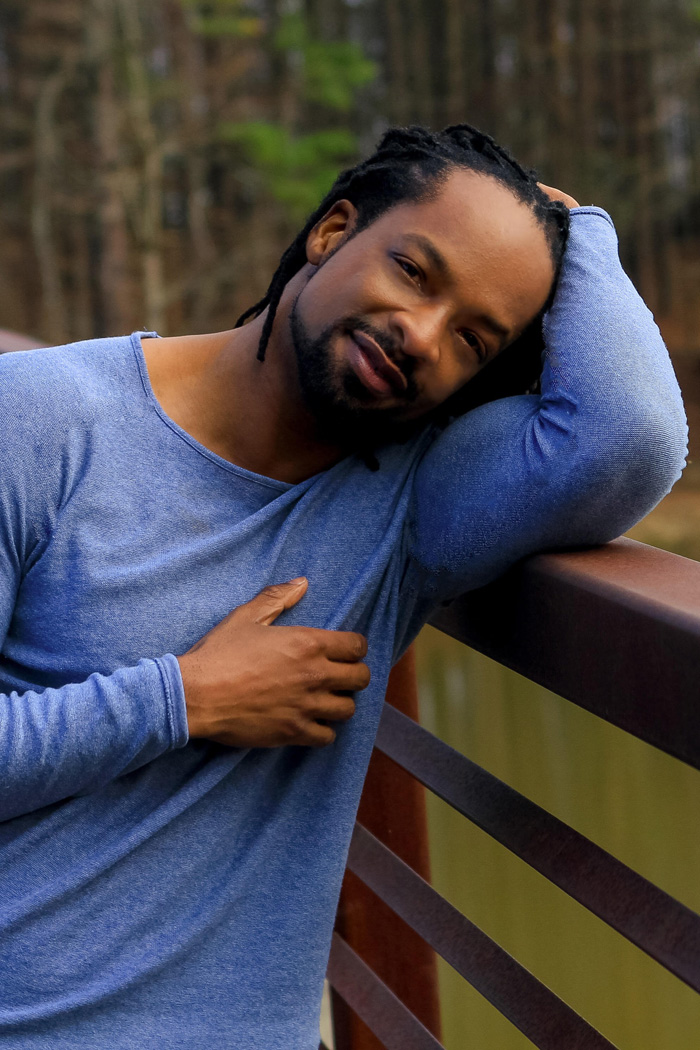 “In his second collection, Brown treats disease and love and lust between men with a gentle touch, returning again and again to the stories of the Bible, which confirm or dispute his vision of real life. ‘Every last word is contagious,’ he writes, awake to all the implications of that phrase. There is plenty of guilt—survivor’s guilt, sinner’s guilt—and ever-present death, but also the joy of survival and and sin.” —NPR

“Brown’s is a necessary art in an era that has seen lingering racial conflict and growing acceptance of gays in America, as well as extreme intolerance and homophobia in many countries overseas. These poems work because while they emanate from an intimately personal place, social concerns loom as large as the barber in Bonnat’s painting. To merge the private with the public so seamlessly is an enviable feat.” —Antioch Review