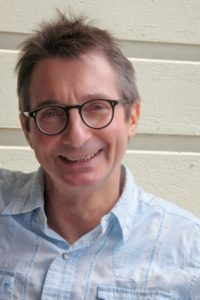 Copper Canyon Press is deeply saddened to share the news that Dean Young, former Texas poet laureate, William Livingston Chair of Poetry for University of Texas, and renowned educator, has passed away at the age of 67 at Good Samaritan hospital in Cincinnati, Ohio.

Dean Young published numerous books of poetry and poetic theory, including Strike Anywhere (University Press of Colorado, 1995), winner of the Colorado Prize for Poetry; Elegy on Toy Piano (University of Pittsburgh Press, 2005), finalist for the Pulitzer Prize; Bender: New and Selected Poems (Copper Canyon Press, 2012); and Solar Perplexus (Copper Canyon Press, 2019). He is also the author of the book on poetics, The Art of Recklessness: Poetry as Assertive Force and Contradiction (Graywolf Press, 2010).

Young was born in 1955 in Columbia, Pennsylvania. He earned his MFA from Indiana University. He served as the 2014 Texas Poet Laureate and has received multiple fellowships, including the National Endowment of the Arts Fellowship, the Stegner Fellowship, and the John Simon Guggenheim Memorial Foundation Fellowship. He taught for many years at the University of Texas at Austin, where he held the William Livingston Chair of Poetry.

Young was known for his linguistic agility and off-kilter humor, and he had an enormous influence on contemporary poetry. Publishers Weekly has called him “one of our most imitated poets.” The Boston Globe has noted that Young “always stood out for his sharp humor, boundless poetic energy, and sheer readability.” The Los Angeles Times has found Young’s books to read “like a long, breathless thank-you for life’s seemingly random jumble of beauty, strangeness, tenderness, and joy.” The New York Times has described his work as “a thicket of irresistible first lines. . . . Young knows that to be truly reverent, the poet needs to be irreverent,” and that, “for all his humor and linguistic jazz, Mr. Young doesn’t shun the big questions.” And Kevin Young, on NPR, noted of Bender that it is “a book of survival and strength, of seeing even in the smallest things the heights of what we can be. That’s as good a definition of contemporary poetry as any.”

Young’s iconic style derived from the New York School of Poetry and from art movements like Surrealism and Dadaism. He was often placed in company with poets such as John Ashbery, Frank O’Hara, Tony Hoagland, and Tomaž Šalamun, though as Charles Simic has noted, Young had “his own original voice. The language, the invention, the imagination, and the sheer fun of his poems is astounding.” Young said himself that, “for me the human drama, the squishy, time-limited pulse, is always at the center of the poem.” In 2011, Young underwent a heart transplant, and his work increasingly engaged with profound questions around mortality and the body. In an interview about his book Fall Higher, published days after his transplant and written during the height of illness, NPR noted that Young “was staring death in the face—but he was still able to look at his life and see art in it.”

Young worked on many books with Michael Wiegers, his editor at Copper Canyon Press, who has provided this memorial statement:

Is reality just a failure of the imagination?

That’s not what the dandelion thinks

Breaking through the asphalt.

Hearing the news this morning of Dean Young’s passing, I turned to his poems—where he always lived his fullest self. I gasp and guffaw with each line or subversion of thought—his body of work is astoundingly brilliant, even when at its darkest. Hilarious, irascible, and often irreverent, Dean Young’s leaping imagination was always loving, sometimes cantankerous, and fully, unequivocally in amazed, reverential service to Poetry. For much of his life Dean’s body was in conflict with itself, and with the body Poetic. From a young age he knew that he would likely die prematurely, and yet, for all his dark humor, and fearless pronouncements, a circus-tent heart transplant allowed him a continuing, stubborn, unbridled love: a love for rocks and toys and friends and pets and sentences and poems.

Dean Young was a good friend whom I first met right before he learned that his heart was failing and he would need a transplant. There weren’t any safe spaces for him. The trauma and ravages of those years of facing his mortality were lightened somewhat when he was gifted the heart of a younger man. The ensuing years brought poems that were magically, incredibly alive and amazed at living—even while he toed the line of the abyss. His poems will be an important part of my own life and amazement, hopefully for more years than what he had been allowed.

The final lines of his latest manuscript:

I dare you to find a river any other way.

I dare you to breathe.

Some cries never reach us

Even though they’re our own.

The best endings are abrupt.

“Delphiniums in a Window Box”
by Dean Young

Every sunrise, sometimes strangers’ eyes.
Not necessarily swans, even crows,
even the evening fusillade of bats.
That place where the creek goes underground,
how many weeks before I see you again?
Stacks of books, every page, character’s
rage and poet’s strange contraption
of syntax and song, every song
even when there isn’t one.
Every thistle, splinter, butterfly
over the drainage ditches. Every stray.
Did you see the meteor shower?
Every question, conversation
even with almost nothing, cricket, cloud,
because of you I’m talking to crickets, clouds,
confiding in a cat. Everyone says
Come to your senses, and I do, of you.
Every touch electric, every taste you,
every smell, even burning sugar, every
cry and laugh. Toothpicked samples
at the farmer’s market, every melon,
plum, I come undone, undone.