The Tradition by Jericho Brown, published in April 2019 by Copper Canyon Press, has won the 2020 Pulitzer Prize in Poetry. The decision was announced on May 4th. Fellow finalists for the Prize were Only As the Day Is Long: New and Selected Poems by Dorianne Laux and Dunce by Mary Ruefle. Brown’s accomplishment confirms what The New York Times declared in their review of The Tradition: “Even in their most searing moments, these poems are resilient out of necessity, faithful to their account of survival, when survival is the hardest task of all.” 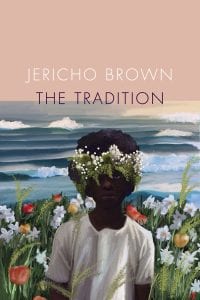 The Tradition questions why and how we’ve become accustomed to terror: in the bedroom, the classroom, the workplace, and the movie theater. From mass shootings to rape to the murder of unarmed people by police, Jericho Brown interrupts complacency by locating each emergency in the garden of the body, where living things grow and wither—or survive. In the urgency born of real danger, Brown’s work is at its most innovative. His invention of the duplex—a combination of the sonnet, the ghazal, and the blues—is an all-out exhibition of formal skill, and his lyrics move through elegy and memory with a breathless cadence. Jericho Brown is a poet of eros: here he wields this power as never before, touching the very heart of our cultural crisis.

The Pulitzer Prize committee calls The Tradition “a collection of masterful lyrics that combine delicacy with historical urgency in their loving evocation of bodies vulnerable to hostility and violence.”

Michael Wiegers, Editor-In-Chief at Copper Canyon Press stated, “From the moment I first read the manuscript for Jericho Brown’s The Tradition, I knew Jericho had written a special and rare book. And now, as much as The Pulitzer Prize celebrates a particular book, we are also celebrating a way of thinking, feeling, and witnessing in the world. As Jericho’s publisher, we’ve watched as many readers and reviewers have circled around this book lovingly, as if to celebrate and protect a compassionate way of being in the world. The Pulitzer is the culmination of the deserved recognition of what we believe to be one of the most significant books to be published in 2019.”

“As with the many readers who have been so enlivened by Jericho’s book, the Pulitzer judges are partaking in a larger literary tradition that demands beauty as an antidote to challenge, a book of poems that humbly lights a candle against the growing dark and unease. We’re thrilled with this exceptional recognition of Jericho Brown’s The Tradition.” 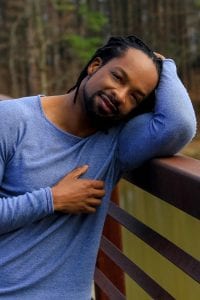 Jericho Brown is the recipient of fellowships from the Guggenheim Foundation, the Radcliffe Institute for Advanced Study at Harvard, and the National Endowment for the Arts, and he is the winner of the Whiting Writer’s Award. Brown’s first book, Please (New Issues 2008), won the American Book Award. His second book, The New Testament (Copper Canyon Press 2014), won the Anisfield-Wolf Book Award. His third collection is The Tradition (Copper Canyon Press 2019)—winner of the 2020 Pulitzer Prize in Poetry and a finalist for the National Book Award. His poems have appeared in The Bennington Review, Buzzfeed, Fence, jubilat, The New Republic, The New York Times, The New Yorker, The Paris Review, TIME magazine, and several volumes of The Best American Poetry. He is an associate professor and the director of the Creative Writing Program at Emory University.

To learn more about the Pulitzer Prize and to see winners in other categories please visit www.pulitzer.org.